So-called cancel culture doesn't really stick, but here's why the cycle of hostilities will likely intensify 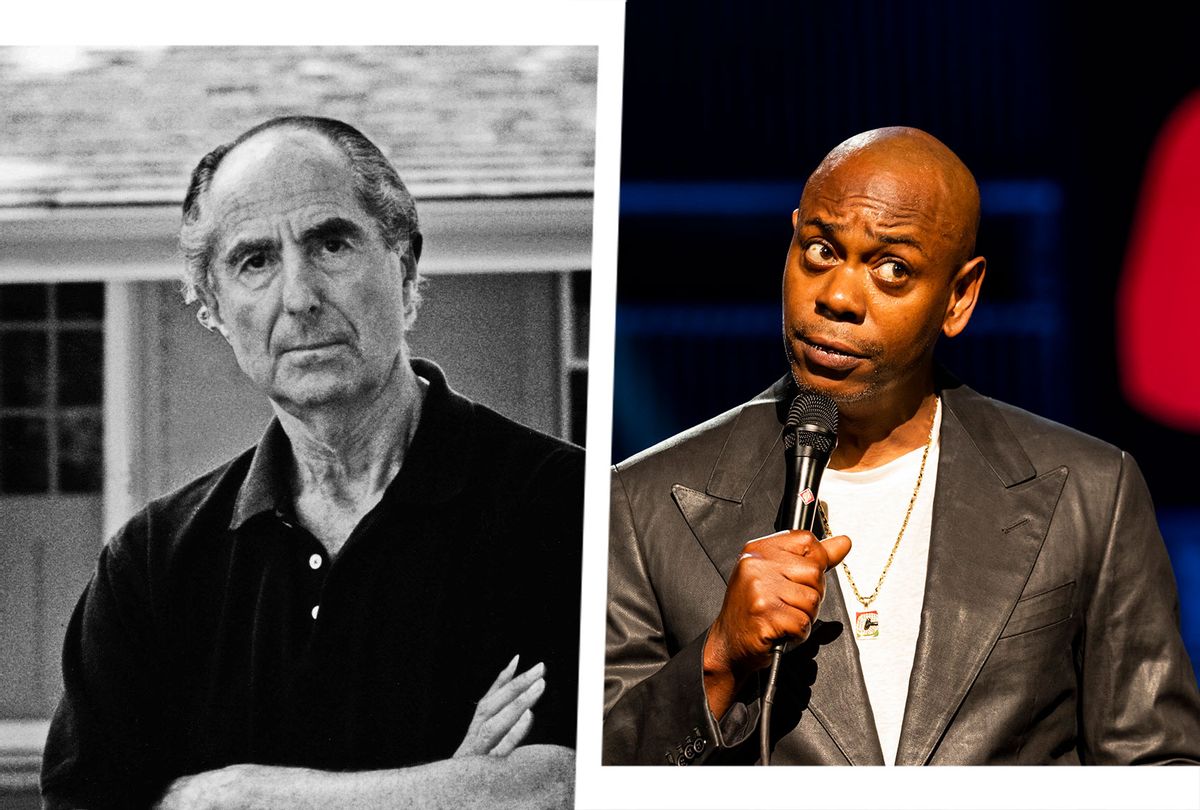 Although Philip Roth passed away in 2018 at the age of 85, his career has much to teach us about today's cancel culture wars. As with contemporary provocateurs such as Dave Chappelle, many wanted to shut the scandalous novelist down (and up). Roth's response to all that outrage, equal parts petty and mesmerizing, foreshadows how Chappelle and other besieged artists handle cancellation controversies.

By "cancellation" I refer to a tactic through which individuals, organized groups, or both, attempt to punish an artist who has offended them (or their allies). The aggrieved parties may try to have the artist and/or their creative work(s) deplatformed. A related goal might be boycotting the transgressor, potentially terminating their career.

Conservatives source this tactic to their boogeypersons, "woke Leftists" and "social justice warriors." Yet the will to banish expression we dislike mushrooms up in every quadrant of the nation's political soil. The growth is certainly more lush and invasive in some ideological environments, but there is no one, unitary "cancel culture." Instead, there are "cancel multicultures," some louder and more organized than others.

Roth's career confirms that the impulse to cancel is not confined to one political persuasion. The author was lambasted by conservative Rabbis in the 1960s for his dirty-laundry depictions of Jews in "Goodbye, Columbus" and "Five Short Stories." In the 1970s, liberal feminists lit him up over his portrayals of women in "Portnoy's Complaint" and "My Life as a Man."

Roth's renown, however, steadily increased. His many rebounds remind us of an Iron Law of today's controversies: in a free society, attempts to cancel a profitable artist, regardless of the moral merits of the intervention, are counterproductive. Whether cancellations of less popular figures are effective, is an open question.

Chappelle is enmeshed in rancor for nasty slights directed at the LGBTQ community, but his huge following assures his financial future is rosy. Louis C.K., as one critic observed, will "be doing 48 shows in 30 different cities. Not bad for somebody who's been 'canceled.'" Griffin wasn't as much canceled as she was delayed. Her tour, initially postponed after the fallout from her Trump-as-Medusa tableau, eventually took place. As Ositwa Nwanevu argued in "The Cancel Culture Con" many of the allegedly canceled have done just fine.

This is not to deny that the ordeal of cancellation may be harrowing for both the entertainer and those they offend. Yet in a society as politically polarized as our own, artists who probe cultural issues will always have a "base," if you will. In fact, a new generation of attention-seeking performers might be perversely incentivized to get cancelled – a strategy employed by various content creators on YouTube and TikTok.

Roth, for his part, virtually pioneered a response to the outrage he provoked: he used his own art to ponder (and ding) people who disliked his art. In "The Anatomy Lesson" Roth's stunt double, novelist Nathan Zuckerman, cheekily contemplates the fury his fiction aroused among feminists. Zuckerman references a piece titled "Why Does This Man Hate Women?" This happens to be nearly exactly the name of a real article written about the real Philip Roth by the real critic Vivian Gornick!

This "meta move" has become commonplace. Kathy Griffin's special, "A Hell of a Story," is part documentary about her travails and part stand-up routine assailing her critics. "Everytime I come on stage," sighed Chappelle in "The Closer," "I be scared. I be looking around the crowd searching for knuckles and adams apples." At once vulnerable and insulting, reflecting on his comedy as he performs it, Chappelle is a master of meta.

For critics, the meta move changes everything. "Separate the artist from the art!" we were told. But Roth warned that such a tidy division was impossible. He wrote novels about writers whose complex personal lives, grievances and psychic turmoil seeped into their stories. One's Art was saturated with one's Life (and vice versa).

If Roth was correct – and Chappelle, Griffin and C.K.'s responses sustain his point – it means the cycle of hostilities will intensify. Singed by social media snark, artists will use their art to retaliate. More broadly, it means that while "cancellation" is wildly overhyped, there is an interest, an aesthetic precedent, and most importantly, a market for endless cancel culture warfare.