Ranging from exhilarating and inspirational to intimate and emotional, these two new films take you on a journey 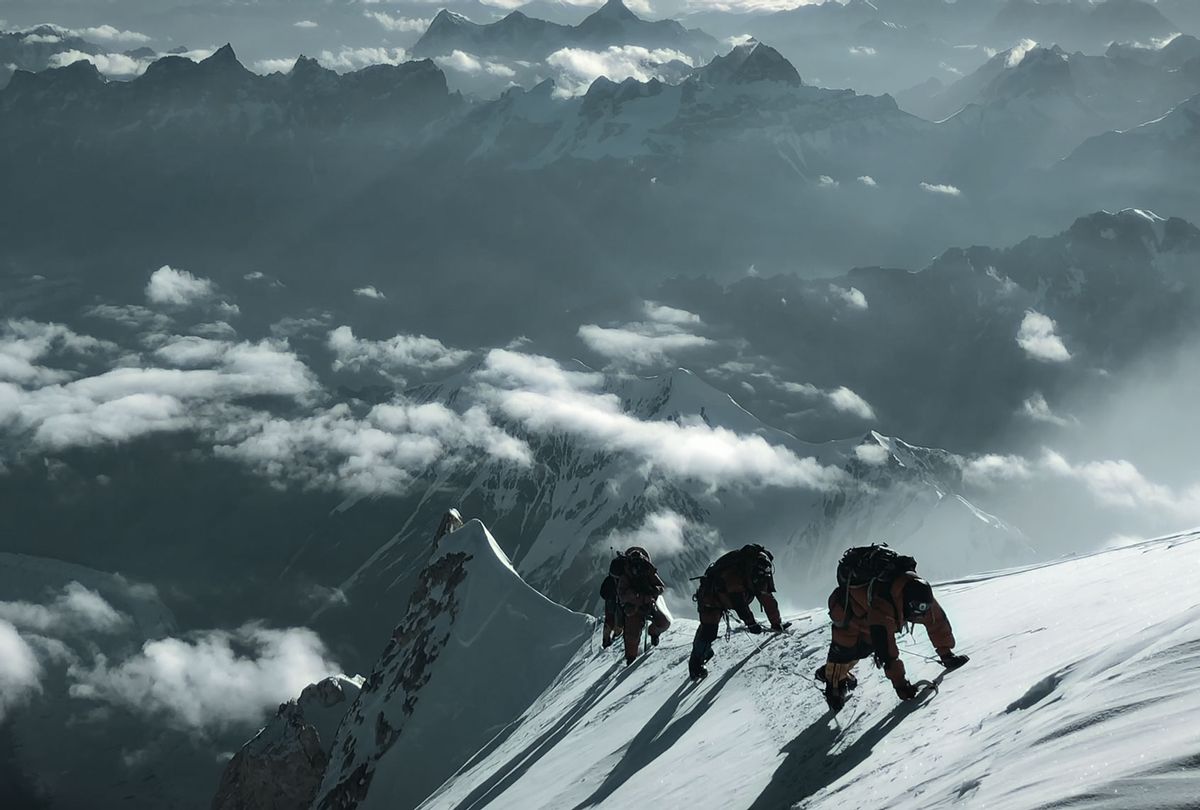 With the success of films like "Free Solo" and the popularity of the "Reel Rock Film Festival," and the recent release of "The Alpinist," climbing films have developed into a full-fledged genre. Two new documentaries about mountaineering are being released back to back this week.

Netflix's "14 Peaks: Nothing Is Impossible" showcases the remarkable accomplishment of Nepalese mountaineer Nirmal ("Nims") Purja to climb all 14 mountains with peaks higher than 8,000 meters in seven months. This is dangerous; the "Death Zone" is the elevation above 8,000 meters, where cold, wind, and avalanches can kill, and oxygen is scarce. Nims' is taking supplementary oxygen as protection after reaching the 8,000-meter mark. (Alpine style climbing is done without oxygen.)

Fun Fact: Reinhold Messner, who is interviewed in the documentary, was the first person to achieve this feat; it took him 16 years. Jimmy Chin, ("The Rescue") explains that a normal expedition takes two months to complete. So yes, this is ambitious, to say the least.

Nims is not necessarily self-interested; his goal is to promote Nepali mountaineering, acknowledging it is teamwork and leadership that generates success. And he pays tribute to the Sherpas who are essential for doing the work. But the mission, dubbed "Project Possible," is risky, some even call it "crazy."

"14 Peaks," directed by Torquil Jones, chronicles Nims' climbs, which are done in three phases — in Nepal, Pakistan, and Tibet/China. The climbs themselves make up too little of the film, which is disappointing for armchair enthusiasts. The breathtaking visuals are compensation, though, and it is thrilling to see the mountaineers use a ladder to cross a crevasse, or to watch the team scale up a snowy face.

Much of the first half of the documentary profiles Nims, who has a "driven" personality. He talks about losing his belly fat (and is seen exercising to do so). He describes his Gurkha training and work for the U.K. special forces (cue video of him parachuting out of an airplane). An animated sequence depicts a close call with death he experienced. Nims' wife, brother and mother, (the latter is in ill health), are also interviewed, suggesting the film could have been retooled as a profile of him and been just as interesting.

There is some drama on the peaks., Nims does one climb, up Kangchenjunga, while hungover — and in one day, rather than in stages. But he experiences high-altitude cerebral edema on the way down, meeting — and rescuing — another mountaineer who suffers from the same condition. Nims also slips on his way down another peak (shown in animation) that emphasizes his mantra that the mountains do not discriminate; the only rule is: You give up, you die.

It is this inspirational aspect to Nims's story that makes "14 Peaks" worthwhile. He helps a handful of climbers stuck at base camp on K2 realize their dream. He has an infectious personality and is quick at troubleshooting when things do not go as planned — as when his window to scale a particular peak is limited, or even closed.

It is not a spoiler to reveal that Nims achieved six mountaineering records climbing all 14 peaks. What would be unfortunate is if Nims had not dared to dream — or do this at all. And if the uplifting "14 Peaks" motivates viewers to get off the couch and go climb a mountain, well, that's a win.

In contrast, Nat Geo's "Torn," about the late mountaineer Alex Lowe, is an intimate, intense, and emotional documentary. The film, directed by Alex's eldest son, Max, has a three-act structure, which starts by introducing Alex, an esteemed climber who achieved celebrity status long before he died, tragically, at age 40. Footage of him swinging from a cliff face shows his unbridled joy and calculated risk.

Significantly, Alex was one of the few men in the climbing community who had kids. He was particularly conflicted about pursuing his passion and being a husband to his wife, Jenni, and father to his sons, Max, Sam, and Isaac. Max juxtaposes a Christmas concert Alex missed with a scene of Alex singing a carol while in Queen Maud Land, Antarctica. Lowe also nicely uses family slides to create side-by-side images of Alex with and apart from his family and others — such as his best friend Conrad Anker (who was in the 2015 climbing doc "Meru.")

Anker plays a critical role in the story. He was with Alex on the fateful Shishapangma trip in 1999 when an avalanche took Alex's life and also killed cameraman David Bridges. Anker, who went in a different direction from the two men, survived and suffered from tremendous survivor's guilt, even having suicidal thoughts. A lengthy recording of footage from the expedition is seen in "Torn," and it is painful to watch.

However, Lowe uses the aftermath of this event to show how both Alex's family and Anker processed their grief together. While those in the climbing community are likely aware of how everyone coped, viewers unfamiliar with the story will find "Torn" to be quite poignant — especially as the film enters its third act. In 2016, Alex's body is found along with Bridges' by a climber. The discovery allows the Lowes and Anker to experience a unique kind of closure and catharsis.

While "Torn" is specific to Alex's family, the power of the film is its universal theme. Lowe shows how one can find a healing power in familial love, as well as the strength to overcome loss. Yes, the situation Max faces is unique to him — and he is using the film to interrogate his family (and Anker) about their feelings and experiences. That may be selfish, or self-serving, but this form of cinema-therapy is ultimately rewarding for both Lowe and viewers.

"14 Peaks" is currently streaming on Netflix. "Torn" is in theaters Friday, Dec. 3. Watch a trailer for the film below, via YouTube.