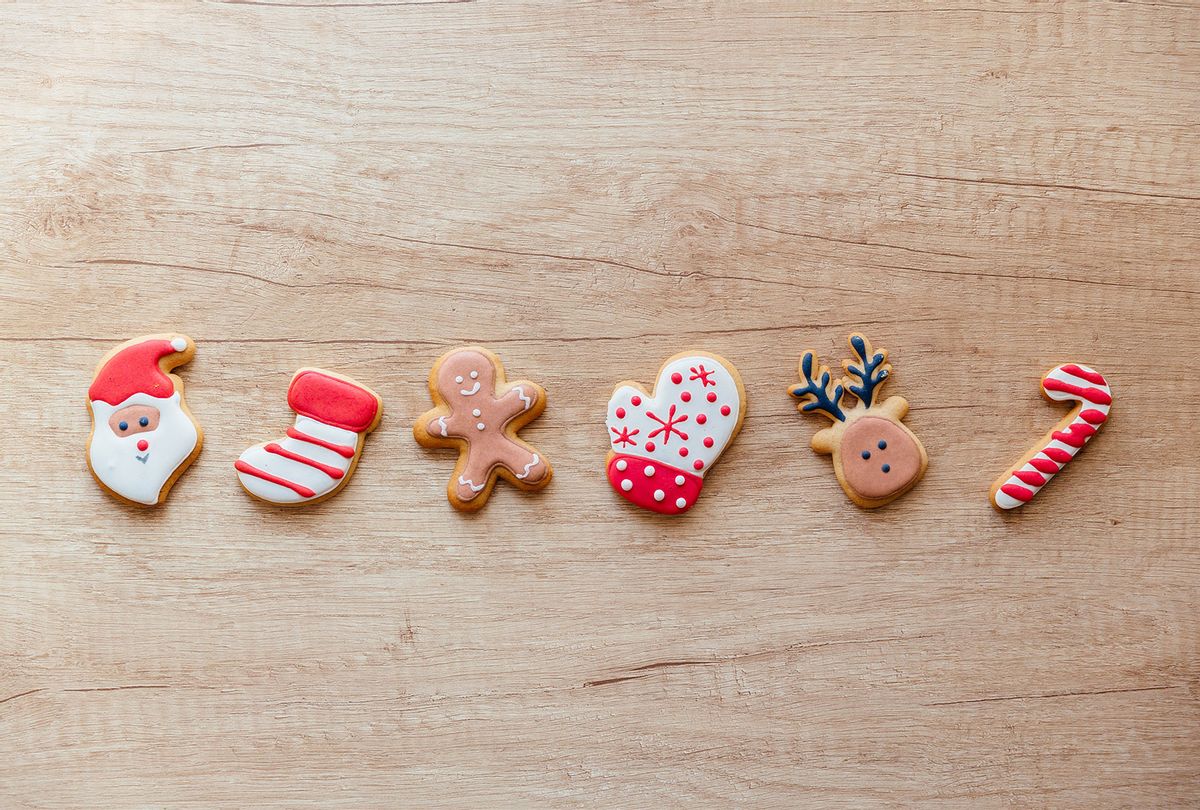 In November 1960, about a month before Christmas, The Los Angeles Times reported what was then described as a rising trend. "From coast to coast, cooks are trading cookies and recipes to make gift boxes for Christmas," the article read. "It provides a glamorous array of cookies for gifting, plus a hatful of leisure hours to enjoy in the last mad holiday rush."

The piece introduced readers to Mrs. Robert Blanch of Minneapolis, who at that point had been hosting baking swaps for her bridge club for three years. After a particularly successful party, in which eight guests each brought a dozen homemade cookies, "it was decided then to make the Christmas Cookie Swap an annual event."

Unlike other 60s entertaining trends — such as conversation pits and aspics — the cookie swap party never died down. For many, it's now a time-honored tradition shared with family and friends. For others, it's a sort of competitive culinary sport that includes making spreadsheets and asking Google, "How do I impress at a cookie exchange?" (Answer: Try these sprinkled and spiked butter cookies.)

But how did the concept of ringing in the holidays with intricately decorated sweets come to be? Like most traditions now associated with Christmas, it's partially borrowed from winter solstice festivals. During these celebrations, Ancient Germanic people would feast as a way of both celebrating the "Earth's rebirth" and fortifying for the cold months ahead. To make the most of the darkest day of the year, celebrants would eat a hearty spread of roast meats — including a Yule pig, which likely gave rise to the now-traditional Christmas ham — and spiced wassail. Simple sweets like fried honey cakes were likely served, as well.

By the mid-15th century, however, religious Christmas celebrations increasingly began to dovetail with the solstice festivals. At the same time, spices became more readily available in Europe due to the spice trade and associated colonization. Ingredients like anise, cinnamon, cloves, ginger, mace, nutmeg and saffron were all prized as status symbols (so much so that the household of Humphrey Stafford, the Duke of Buckingham, reportedly went through two pounds of pepper and ginger per day). This led to families purchasing spices and storing them for use during the holiday season.

This was true, as well, for other pricy indulgences like butter, sugar and dried fruits, such as apricots and dates. From these ingredients, you start to see the general outline of cookies served in Christmas tins today, including tender butter cookies, cranberry-date bars and gingerbread. These traditions began to solidify through the ensuing centuries. The Germans developed weihnachtsplätzchen — an umbrella term for a variety of Christmas cookies, such as lebkuchen, zimtsterne, Schwarz-Weiß-Gebäck shortbreads and the intricate springerle.

In the early 17th century, European settlers brought Christmas cookies (or "koeptje," as the Dutch would have said) to the New World. The cycle of have-and-have-nots started all over again when it came to affording spices, baking ingredients and dried fruit.

By the 1870s, the tide began to turn. According to author William Woys Weaver, who wrote the 1990 book "The Christmas Cook: Three Centuries of American Yuletide Sweets," there was a flood of cheap imported wares from Germany between 1871 and 1906 when import laws were changed.

"[This] inundated our Christmas markets with cooking utensils . . . like cookie cutters," he wrote. "Unlike homemade counterparts or local tinsmith's wares, these tools depicted highly stylized images, often drawn from secular themes or with subject's designed specifically to hang on the Christmas trees."

Soon, there was a rise in cookbooks that met the increased demand to actually make items using these tools.

"In a sense, with the advent of inexpensive tin cutters, new emphasis was placed on shape, where in the past, many homemade cookies simply had been square or round," Weaver wrote. "Bells, Christmas trees, camels, crimped wares, lilies, Santa Clauses, turkeys, all of these elaborate shapes tended to deemphasize texture and flavor."

It's at this point in the history of the Christmas cookie that one begins to see the opportunity for the assortment present at modern day cookie swaps. There are the cookies that cut well and stand up to decoration (but aren't necessarily the most flavorful), and then there are the varieties that are absolutely delectable but don't belong anywhere near a cookie cutter.

Within these loose categories, there has been a lot of room for variety, ranging from regional delicacies like Baltimore Berger Cookies to New Mexican Biscochitos to recipes built from newer ingredients, such as M&Ms or peanut butter. It's a culinary space that's long been simultaneously defined by reverence for tradition and a desire for little innovations, meaning there's still plenty of space for you to make your mark on this year's cookie swap.