Conservatives have long accused social media platforms of discriminating against them, but the opposite is true 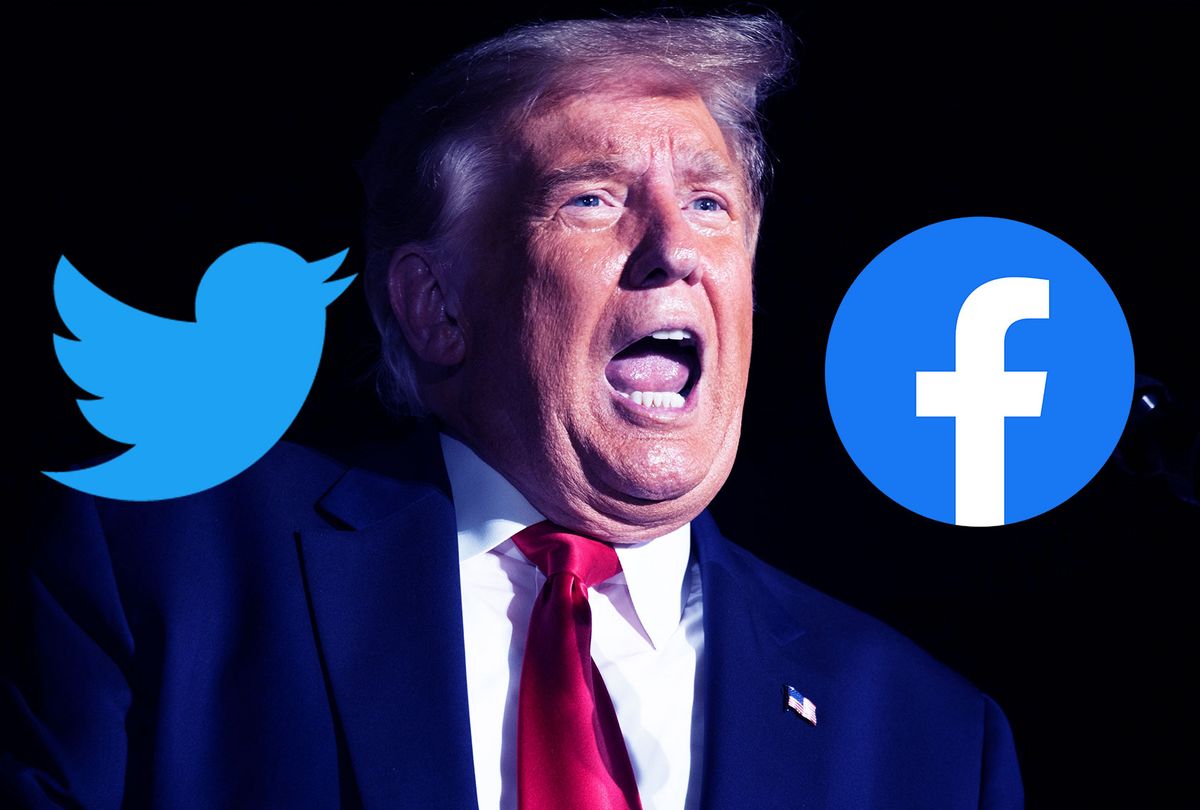 A few weeks before the 2020 presidential election, Democrats and Republicans in Congress displayed a rare moment of bipartisan unity. The issue was whether Big Tech companies like Facebook and Twitter need to be broken up, and the House Judiciary Committee was holding a hearing. While many of the witnesses approached the subject by discussing antitrust law and similar regulatory questions, Rep. Jim Jordan (R-Ohio) made it clear that he had a very different axe to grind.

"Big Tech is out to get conservatives," Jordan proclaimed. "That's not a suspicion. That's not a hunch. It's a fact. I said that two months ago at our last hearing. It's every bit as true today."

Yet according to a new study, Jordan's so-called "fact" seems to be quite far removed from the truth. Conservative media voices, not liberal ones, are most amplified by the algorithm users are forced to work with, at least when it comes to one major social media platform.

Published in the journal Proceedings of the National Academy of Sciences (PNAS), the authors of "Algorithmic amplification of politics on Twitter" reveal that they conducted a "massive-scale experiment involving millions of Twitter users, a fine-grained analysis of political parties in seven countries, and 6.2 million news articles shared in the United States." Along with researchers from the University of Cambridge, University College London and the University of California, Berkeley, the study was co-authored by a member of Twitter's Machine Learning Ethics, Transparency, and Accountability Team.

The findings are presented in two sections. One part, which focuses on the United States, examined whether major media outlets were more likely to be amplified by Twitter's algorithm if they had a strong political leaning of some kind. (The exact ideology did not matter.) The other area of the study looked at tweets from seven different countries, but focused on those posted by elected politicians who came from major political parties. Although political observers worry about extremists disproportionately benefiting from social media platform algorithms, the researchers did not find evidence of Twitter's algorithm amplifying extremist views more than mainstream ones. That said, they did note a revealing pattern when it came to how different types of media content fared on the site.

"Our results reveal a remarkably consistent trend: In six out of seven countries studied, the mainstream political right enjoys higher algorithmic amplification than the mainstream political left," the authors explain. "Consistent with this overall trend, our second set of findings studying the US media landscape revealed that algorithmic amplification favors right-leaning news sources."

This is not the first report to indicate that right-wingers have an unfair edge on social media, with the two giants being Twitter and Facebook. A senior engineer at Facebook was reportedly fired in 2020 after he collected internal evidence that right-wing pages were given preferential treatment over left-wing ones when it came to getting fact-checks removed and being able to get in touch with Facebook employees. (Facebook denied that he was fired for that reason.) One employee told BuzzFeed News that the company's management had become afraid of conservatives because of Donald Trump, who was president at the time. After Trump was fact-checked by Twitter for trying to use the platform to spread misinformation about the upcoming election, he threatened to use government power to punish social media companies that he perceived as hostile. Both Facebook and Twitter ultimately banned Trump from their platforms in the wake of the January 6 Capitol Riots.

It is unclear exactly how pressure from Trump and other conservatives may have led to pro-conservative alterations in the companies' algorithms; despite criticisms for their lack of transparency, social media companies do not publicly reveal the details of the algorithms that shape what kinds of content users see.

Meanwhile, there are other signs that social media giants give preferential treatment to conservatives. There were multiple reports in 2020 of Facebook employees protesting what they have described as unfair standards which favor Trump and conservatives. During the 2020 election cycle, outside researchers discovered a supposed "bug" on Instagram (which is owned by Facebook) that hid popular anti-Trump hashtags but did not do so for hashtags criticizing Trump's election opponent, Joe Biden. It later came out that, despite promising to stop misinformation, Facebook's algorithm allowed more than 10 billion views to accumulate on just 100 pages that frequently disseminated misinformation for eight months prior to the election. When using Facebook, those "repeat misinformers" were able to earn millions more interactions than the combined total netted by the top 100 traditional U.S. media pages.

These issues are not limited to the Biden-Trump election. When tweaking its newsfeed algorithm in 2017, Facebook reportedly capitulated to executives who wanted to make sure that the new policies would not disadvantage right-wing sites like The Daily Wire, which is owned by far right personality Ben Shapiro. (Facebook has denied giving preferential treatment to individual publishers or ideologies.) It was also revealed that the company knew its algorithm changes were disproportionately hurting left-wing media outlets like Mother Jones.