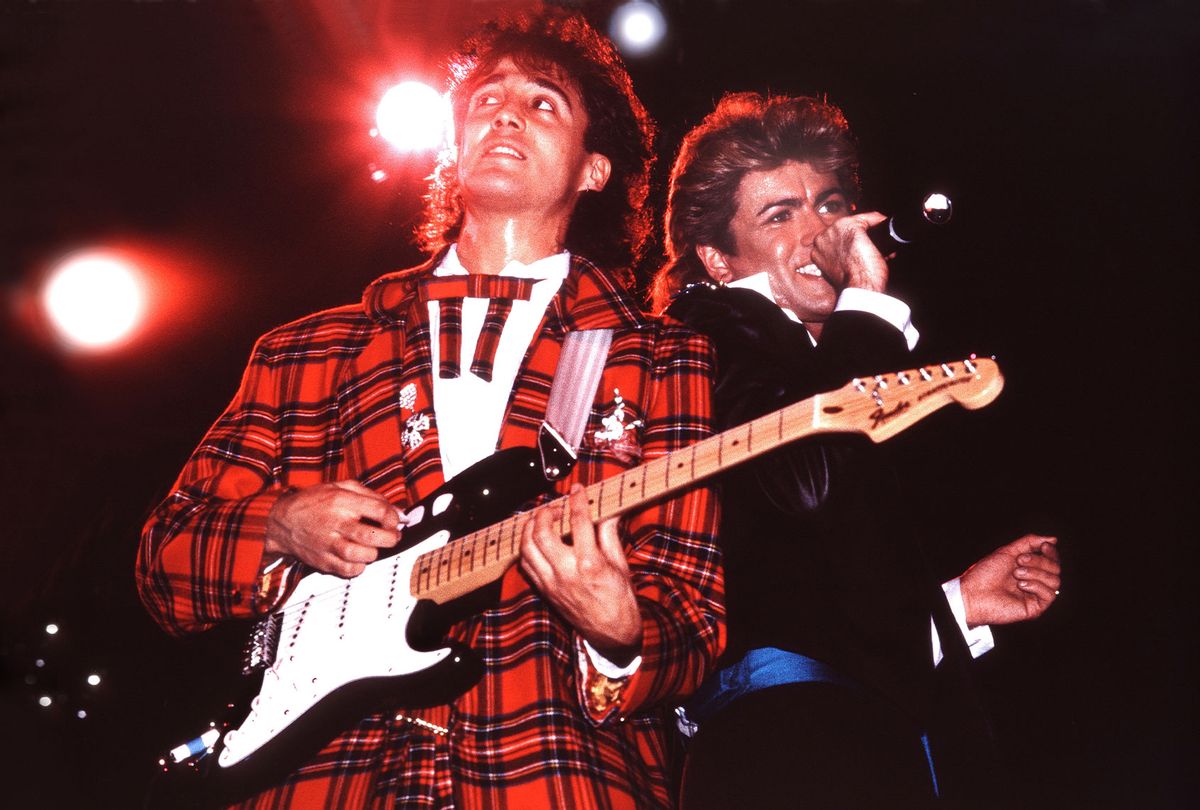 In modern times, Mariah Carey reigns over the holiday season with her festive seasonal juggernaut "All I Want for Christmas Is You." Her position is well-earned: The song recently reached a staggering 1 billion worldwide Spotify streams and was certified diamond, which signifies 10 million U.S. sales.

However, in recent years, the phenomenon known as Whamageddon has become a bigger part of the holiday music season. Between December 1-24, you're supposed to actively avoid hearing the original version of Wham!'s "Last Christmas" for as long as you can. When (and if) you do hear the song, you have to post #whamageddon on your social media platforms.

"While we can't stop you from deliberately sending your friends to Whamhalla, the intention is that this is a survival game," the game's rules read. "Not a Battle Royale."

What's not very clear is why you'd want to avoid "Last Christmas" in the first place. Introspective and melancholy, the song flickers with a potent combination of regret, revenge and nostalgia. The main character flashes back to the holiday a year before, when they confessed their love to someone who didn't deserve it: "Last Christmas, I gave you my heart/But the very next day, you gave it away." Even a year later, the bitterness remains intact: "How could you love me for a day?/I thought you were someone special."

RELATED: The solace of Joni Mitchell's "River," a holiday song that defies merry and bright expectations

Yet "Last Christmas" makes room for the complex and turbulent emotions that go along with a breakup. Now older and wiser, the protagonist admits the experience still stings ("Now I know what a fool I've been/But if you kissed me now, I know you'd fool me again") but is determined not to fall back under the betrayer's spell: "This year, to save me from tears/I'll give it to someone special." It helps, of course, that they've moved on: "Now I've found a real love, you'll never fool me again."

As the last lyric implies, what makes "Last Christmas" so enduring is the way it flips power dynamics. The main character isn't wallowing in sadness or pining for what used to be. They're also not misty about a past that only seemed perfect. Instead, "Last Christmas" is clear-eyed about reality and exudes "living well is the best revenge" energy. The heart-stomping jerk has a "soul of ice" and is self-absorbed. The song quite happily points this out, both with sarcastic sass ("Tell me, baby, do you recognize me?/Well, it's been a year, it doesn't surprise me") and a poison-tip barb ("My God, I thought you were someone to rely on/Me? I guess I was a shoulder to cry on").

"Last Christmas" was released on December 3, 1984 — the same day as Band Aid's "Do They Know It's Christmas?" — as a double-sided single with the sinewy "Everything She Wants." The song originally peaked at No. 2 on the UK singles chart, and came at the tail-end of a breakout year for the duo of George Michael and Andrew Ridgeley, thanks to their hit LP "Make It Big."

However, "Last Christmas" may even be more popular than ever today. Now a perennial holiday favorite, the song hit No. 1 in the UK for the first time in January 2021. (As of this writing, it's back at No. 4 on the UK charts.) Part of that popularity bump no doubt stems from a sad reason: Michael died on Christmas in 2016 at the age of 53. (On the first anniversary of his death, fans even made a concentrated push for it to top the charts.)

As with many classics, "Last Christmas" came together in a flash of inspiration. In early 2021, Wham!'s Andrew Ridgeley recalled the song emerged during a visit to Michael's parents' house. Michael quietly "disappeared upstairs for an hour or so" while everyone was relaxing and returned looking happy.

"When he came back down, such was his excitement, it was as if he had discovered gold which, in a sense, he had," Ridgeley says. "We went to his old room, the room in which we had spent hours as kids recording pastiches of radio shows and jingles, the room where he kept a keyboard and something on which to record his sparks of inspiration, and he played me the introduction and the beguiling, wistful chorus melody to 'Last Christmas.' It was a moment of wonder."

Indeed, Michael wrote, produced and played every instrument on "Last Christmas," a feat he repeated for nearly every tune on "Make It Big." According to a The Guardian piece on the making of the song, "Last Christmas" had spare instrumentation — only a LinnDrum drum machine, a Roland Juno-60 synth and sleigh bells —and an equally minimalist studio setup: just Michael and engineer Chris Porter. "It was a laborious process, because he was literally playing the keyboards with two or three fingers," Porter said. "George wasn't a musician. He had no training on instruments at all."

Yet Michael's devotion and talent is acknowledged (and appreciated) far more today. Because he is self-taught, "Last Christmas" doesn't feel compelled to follow convention. It's a soft-glow new wave song that's warm and even cozy, which isn't usually the vibe of a holiday song, and its production approach is gentle and unadorned.  "One of the really clever things about George was that he realized that he wanted the focus of the listener to be his voice and not musicianship," Porter told The Guardian. "So the music's often very stark. On 'Last Christmas,' there is a very simple foundation for the vocal and the melody to sit on."

Michael's soulful performance is indeed the song's star. In a nod to the lyrical turbulence, his voice dips and soars with delicacy and grace, which adds gravitas and emphasis to his complicated emotions. Michael also sticks to a first-person perspective, with a few notable exceptions, including: "A face on a lover with a fire in his heart/A man under cover but you tore me apart." In hindsight, the song's queer subtext is right on the surface, which adds more depth and nuance to Michael's composition and performance. In fact, on the last few words of the section ("tore me apart") his voice rises in anguish, signifying a subtle crack in the brave façade.

Being rejected is never easy, and the path to recovery from heartbreak isn't linear. "Last Christmas" captures how complicated this journey can be, and recognizes that even the holidays can't bring about a happy ending or a tied-with-a-bow resolution. In the span of a compact pop song, "Last Christmas" tells a rich story that's remarkably realistic and deeply relatable.

"George had performed musical alchemy, distilling the essence of Christmas into music," Ridgeley said. "Adding a lyric which told the tale of betrayed love was a masterstroke and, as he did so often, he touched hearts."