Il Duce undermined democracy for years before appointing himself dictator; the parallels are ... uncomfortable 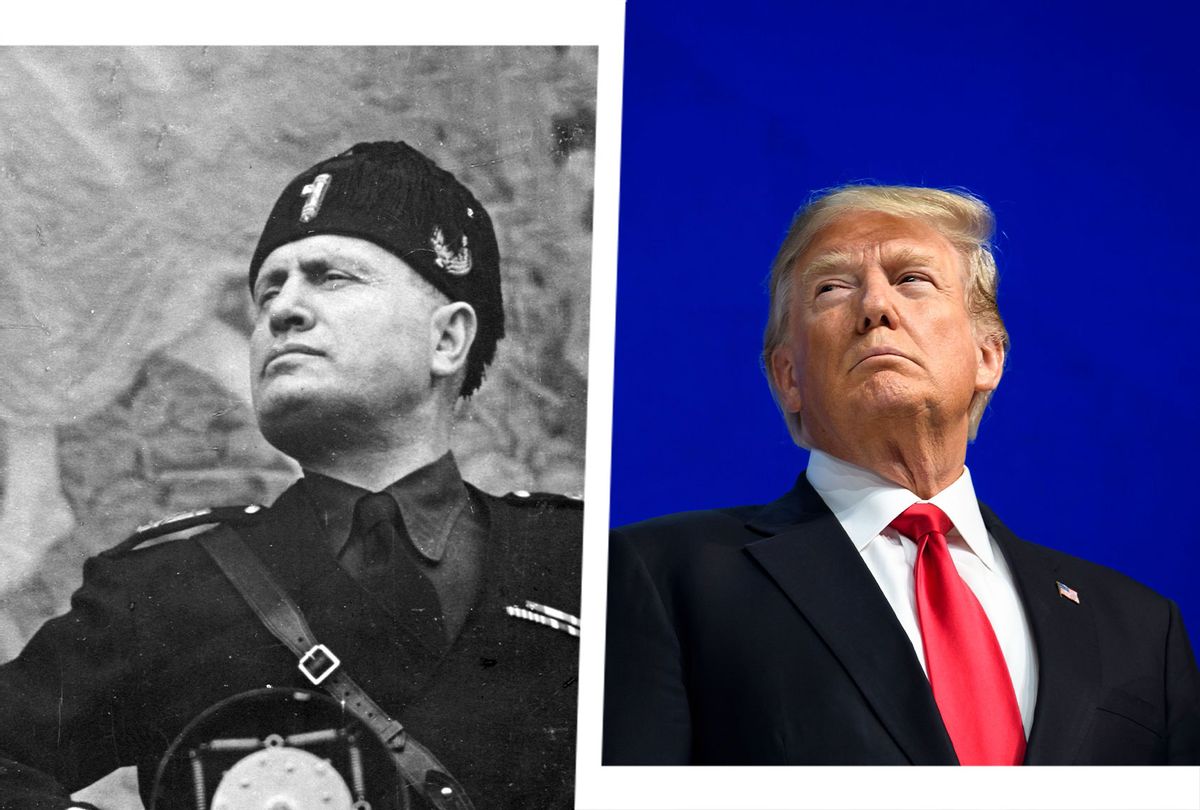 Any democratic government that decays into dictatorship will have its Mussolini moment, sooner or later. The original Mussolini moment came 97 years ago this week, when Italy's government, up till then a constitutional monarchy with a democratically-elected parliament, officially abandoned any pretense of democracy.

Before that, Benito Mussolini had been prime minister for three years, and his government administration had made considerable effort to convince the world that things were not as bad as they seemed and Italian democracy was just fine. (Thus illustrating Rochefoucauld's famous premise that "hypocrisy is a tribute that vice pays to virtue.")  After ascending to power in 1922, Mussolini did relatively little at first to undo Italy's democratic institutions. He clearly wanted to remake Italian society for fascism, but also wanted to proceed with caution and avoid squandering his political capital. But after leading Italian socialist Giacomo Matteotti alleged that the fascists had used violence and fraud to win in the 1924 general election, Mussolini's allies concluded that he had to act dramatically. Assassins tied to Mussolini assassinated Matteotti, leading anti-fascists to urge King Victor Emmanuel III to remove the prime minister from power. Meanwhile, Mussolini's fascist followers, known as the blackshirts, gave him an ultimatum: Seize full power or watch his paramilitary crush the liberal and leftist opposition without him.

So on Jan. 3, 1925, Mussolini uttered these immortal words: "I, and I alone, assume the political, moral and historical responsibility for all that has happened."

Making it clear that Matteotti had been killed on his behalf because of him, and that the justice system would do nothing about it, Mussolini put an end to any remaining illusions that he was not the supreme leader of Italy. Not even the king could hold him accountable, let alone police, prosecutors or judges. From that moment on, Il Duce ("The Leader") openly behaved like a dictator, and held power for nearly 20 years, through his infamous alliance with Hitler, war with the Allies and complicity in the Holocaust.

RELATED: Fascism in America: It's nowhere near as new as you might think

Mussolini had started out as a schoolteacher and socialist, only switching to fascism and the far right after World War I. In 1921 he was elected to the Chamber of Deputies (the lower chamber of Italy's parliament) and quickly emerged as the leader of the country's growing fascist party. On domestic policy, he preached rule by the nation's economic elites, claiming they would lead a "revolutionary nationalism" that promoted the nation's best interests. Mussolini believed in class hierarchy, but stimulated a working-class through grandiose displays of Italian nationalism, meant to inspire enthusiasm for a nation-state that had only existed for about 50 years. (Before that, the Italian peninsula had been divided into various different kingdoms, duchies and principalities.)

Mussolini also wanted to inculcate militant values into the nation's youth, training a nation of supposedly hyper-masculine warriors who would restore Italy to its ancient glory and wage war against socialism and other egalitarian ideologies. His foreign policy vision was overtly racist and imperialist, even though the modern Italian state was far too weak, both in military and economic terms, to build a new Roman Empire.

These ideas drew together various right-wing factions in Italian society — workers alienated by socialism, the wealthy, idealistic young men, Catholic conservatives and young men seduced by adventurous rhetoric. In October 1922, Mussolini had enough momentum to lead a coup d'état known as the March on Rome. Prime Minister Luigi Facta wanted to declare martial law and send in the army to stop the fascists, but King Victor Emmanuel refused to allow it, worried that such a confrontation would lead to wider violence and possibly civil war. Instead, the king gave in to Mussolini's demands and appointed him prime minister. That was the beginning of the end: Empowered and emboldened, Mussolini instructed the legislature to grant him extraordinary powers, broke up unions and restructured the state to concentrate power in his own hands (and those of his fascist allies).

So by the time Mussolini openly seized power, roughly 26 months later, it was essentially a fait accompli. Many people opposed him, and many were horrified, but they no longer had the strength to stop him. So that's a Mussolini moment: When a dictator announces to the world that he's a dictator — as his adversaries have been saying all along — and it's too late to do anything about it.

If all that sounds a little too close to home, it probably should. Donald Trump planted the seeds for his Big Lie about the 2020 election years ago, and his opponents — including many Republicans, at least at first — didn't take him seriously. In refusing to accept defeat, he broke the United States' 220-year precedent of peaceful transfers of power, forever changing the dynamics of how presidents are expected to behave. And that's all before we get to the lame-duck president urging a mob of supporters to attack the Capitol last Jan. 6, with the apparent goal of overturning Joe Biden's electoral victory.

While Trump hasn't yet succeeded in overthrowing democracy, he also has not been held accountable, despite two impeachment trials, and apparently will not be prosecuted by the Biden administration. As with Mussolini, Trump's actions during the 2020 election cycle demonstrated that he viewed himself as above the law. And like Mussolini, Trump remains beholden to his most extreme followers. When far-right supporters like Alex Jones denounced him for supporting COVID-19 boosters vaccines, Trump shifted position. That also happened during his presidency, as when he briefly flirted with endorsing gun control laws, until the NRA and its allies let him know that was off limits.

Trump repeatedly tried to declare himself the winner after the 2020 election; it simply didn't work. If he or someone like him runs in 2024, we're likely to see that again — and if Trump or his proxy loses, they'll have loyalists installed in key positions throughout swing states ready to reverse the results. So the next time Trump (or whoever follows him) simply claims to be the legitimate president regardless of the actual results, that person may already have the machinery in place to create America's Mussolini moment.

Read more on the fascist resurgence in America: