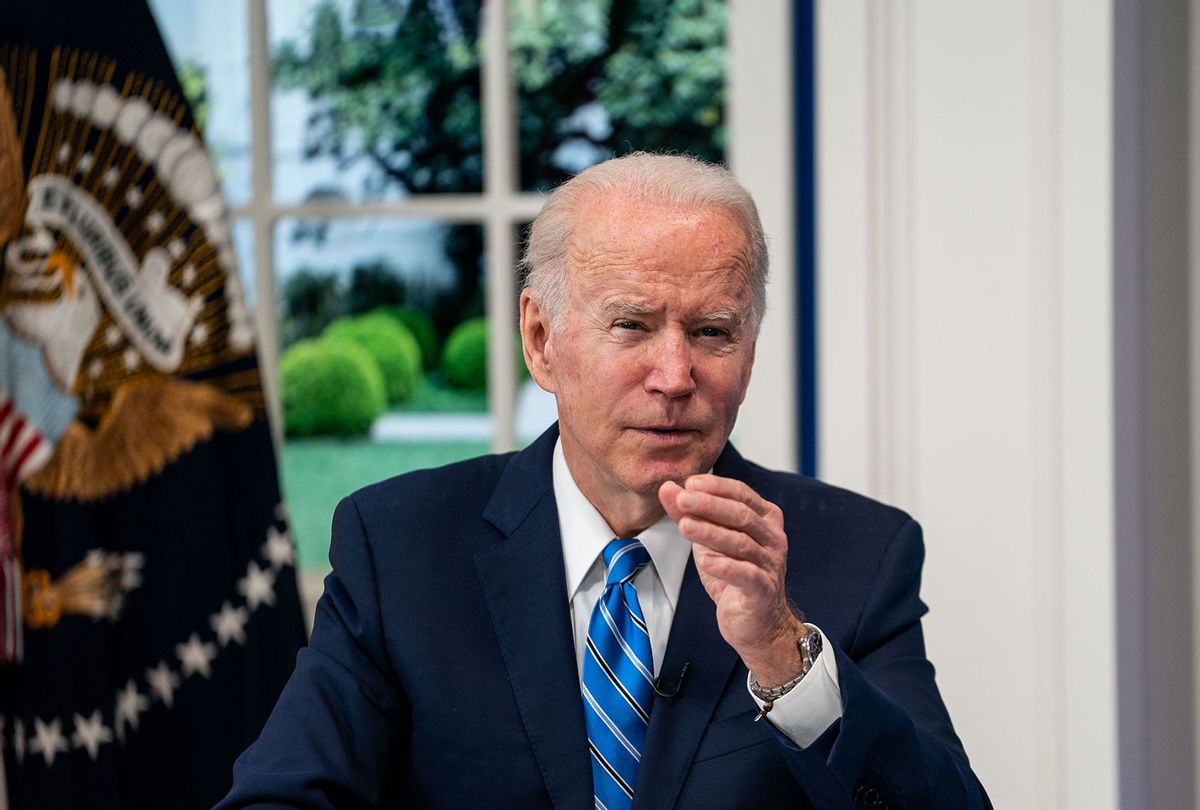 Jeff Weaver, who ran Bernie Sanders' 2016 presidential campaign and was a Sanders adviser in 2020, predicted that President Joe Biden will face a progressive primary challenger in 2024 amid growing disillusionment on the left over the Democratic agenda.

"Will there be a progressive challenger? Yes," Weaver told Politico. He told the outlet that a challenge would not be a "repudiation" of Biden but rather the result of the party's base moving further leftward. "Progressives are ultimately ascendant," he said. "And if nothing else, a progressive running who gets a lot of support will demonstrate that the ideas that the progressive movement embraces are, in fact, popular."

Despite Biden's lifelong reputation as a moderate and pragmatic Democrat, progressives embraced Biden in the early months of his presidency, as he vowed to unite the party's various factions to advance an ambitious agenda that encompassed many policy priorities Democrats have focused on for years. But after successfully pushing through a COVID relief bill last March, Biden's first-year legislative accomplishments have largely been limited to a bipartisan infrastructure bill authored by centrist Democrats with some support from leading Republicans. Progressives remained united with Biden in the push to pass his $3.5 trillion Build Back Better proposal, and largely avoided criticizing the slimmed-down version (at about half that size) that was meant to appease conservative Democrats like Sen. Joe Manchin of West Virginia. But party leaders pushed progressives to support the bipartisan infrastructure vote before a Build Back Better deal was struck, costing the left its primary point of leverage even before Manchin blew up BBB negotiations last month.

Weaver's interview reflects the fact that a growing number of progressives view Biden's early presidency as a failure as the White House kicks off a new year with largely the same legislative agenda — and midterm elections just 11 months away.

"He's deeply unpopular. He's old as shit. He's largely been ineffective, unless we're counting judges or whatever the hell inside-baseball scorecard we're using. And I think he'll probably get demolished in the midterms," Corbin Trent, co-founder of the progressive No Excuses PAC and former communications director for Rep. Alexandria Ocasio-Cortez, D-N.Y., told Politico, endorsing Weaver's prediction. "People will smell opportunity, and D.C. is filled with people who want to be president."

It's unclear, however, what prominent figure on the left will step forward to run a potentially divisive 2024 campaign. Previous progressive presidential hopefuls like Sanders or Sen. Elizabeth Warren, D-Mass., both have prominent roles in the Senate and are exceedingly unlikely to challenge a Democratic incumbent. It also seems far-fetched that a prominent House progressive like Ocasio-Cortez would decide to run against Biden.

"Progressives in the House, in the Senate, in the Progressive Caucus are not talking about primarying Biden," an aide to a senior House progressive told Politico.

With no top-tier elected officials likely to challenge Biden directly, some on the left are looking at lesser-known candidates who could push Biden to the left.

When asked whether Biden will face a primary challenge from the left, one unidentified prominent progressive said, "Yes," Politico reported, adding that it would likely be "someone like Nina Turner or Marianne Williamson. Doubt anyone currently elected."

Turner, a longtime Sanders ally and former Ohio state senator, unsuccessfully ran for Congress in a special election last year against now-Rep. Shontel Brown, D-Ohio, who was heavily backed by the Democratic establishment. Williamson, a self-help guru, ran a fringe campaign in the 2020 Democratic primaries before dropping out and endorsing Sanders.

"I think the president will definitely face a challenger in 2024," Williamson told Politico. "The yearning to make government actually work for the people again is so intense now, and yes, absolutely, someone will emerge to make a stand for it."

Talk of a progressive primary challenger before Biden has even completed his first year in office underscores the growing discontent from the party's left, and it appears likely that additional names could emerge in the coming months and years.

"I don't think the country nor certainly not progressives in the party, who all tend to be younger, are going to sit on the sidelines," former Sanders consultant Mark Longabaugh told Politico.

Primary challenge or not, Biden, whose approval rating has been underwater since the summer, has tried to shore up his left flank by acceding to progressive calls to extend the pandemic moratorium on student loan payments, and to support reform of the Senate filibuster in order to advance stalled voting rights legislation. The president has remained upbeat on the prospects of passing some form of his Build Back Better package, fulfilling his vow to invest in measures to combat climate change and expand the social safety net. Any potential BBB bill will require all 50 Democratic votes in the Senate — or at least one Republican vote, which seems even less likely.

There is also anxiety on the left that a failed challenge against Biden, who remains widely popular among Democrats in general, could damage the progressive cause.

"I think it's pretty unlikely that a serious progressive challenger would emerge if Biden stays in the race," Max Berger, a former top Warren campaign aide, told Politico. "It would so go against the sensibilities of rank-and-file Democrats that I don't think it would necessarily be a great service to the progressive cause to have our ideas seem so marginal."