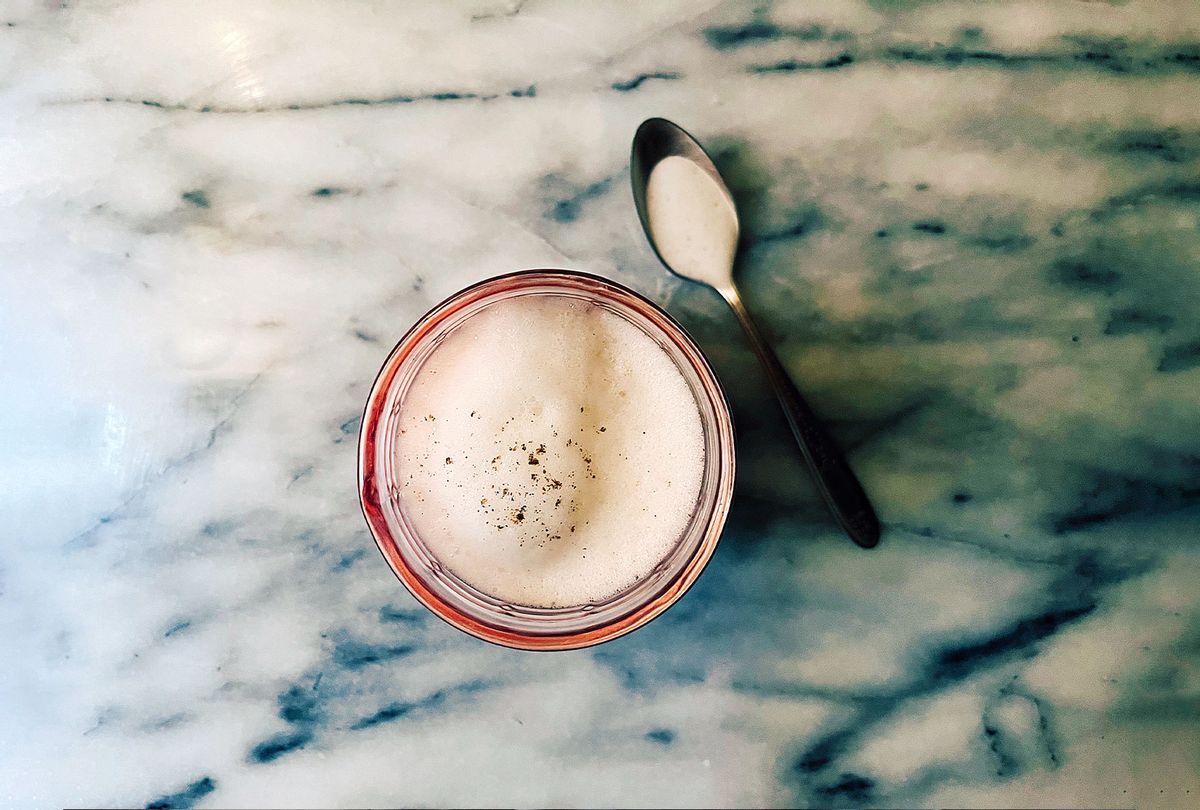 I think the best kind of food writing is the kind that makes you feel like you've got a friend at your side in the kitchen. From Laurie Colwin to Ella Risbridger to Nigella Lawson, the writers whose recipes I trust the most are the ones whose personal stories I appreciate the most too. Into that company comes Leanne Brown.

Brown, who gained attention with her innovative bestseller "Good and Cheap," aptly titles her emancipating latest work "Good Enough. A Cookbook." Written with bracing honesty and intimacy, it's a chronicle of her own real world experiences of working, parenting and getting food on the table even on the most overwhelming, anxiety-producing days. It's an admission of imperfection, and a celebration of self-care. It's also a collection of beautiful, soul-nourishing recipes, like miso-salmon taco bowls and cheesecake pots. I talked to Brown recently about the tyranny of "guilty pleasures," and lowering the bar.

This conversation has been condensed and edited.

I feel like this pandemic has made cooks of all of us. We've all had to cook. And I believe we're divided into two kinds of people. There are people who never could cook, never wanted to cook, had the luxury of not cooking and were wondering, "How am I going to get in there and do it?" And then there are the people who do cook and love to cook and feel like, "If I have to walk into that kitchen one more time, I swear to God I'm going to lose my mind."

There's nuance on nuance on nuance, and we all go through waves of all of these experiences. This is what I do. It used to be my safe space, the place of peace and creativity. And truly, for over a year now, I've just been like, meh.

I do it because I do find it calms me down. It makes me feel more in touch with myself, and I think that's meaningful. But I don't feel like, ooh, can't wait until I try that new lemon thing that I've earmarked.

What made you want to write something that's so intimate and so vulnerable?

My first book, "Good and Cheap," was this surprise success. I was faced with my assumptions in writing it as a cookbook for very low budgets and for people who are on food stamps or a budget. Why do people struggle to cook? People often say, "I want to cook more, but I don't have time or I don't have the money or these major physical barriers get in the way." When people say something, I believe them and I agree.

As I was talking to people everywhere, what really resonated deeply was much deeper than just those physical barriers. I think a lot of people don't cook or struggle to cook for reasons that have more to do with not feeling good enough about yourself, about feeling like you have somehow failed at adulting by not being this cook or this provider of food in a way that you imagine, in a way that you have some standard that you're failing to achieve at some level in your mind. That makes it so much harder to step into the kitchen each time. And it really hurts people.

RELATED: A chocolate sandwich tastes exactly as comforting as it sounds — and it's sublime

I began to notice how much the culture of perfectionism was really just everywhere in food culture. I also had to face that it was very much present in my own life and in my own experiences. As I began to write about this, at first was like, I'm going to solve this problem. And then I was like, I have to write about my own experience. I had to accept that I needed to talk about myself and be really, really honest and really raw because that was the only way that I could tell this story in its fullness. That took a while to frankly build up the courage to do that.

There were so many things that encouraged me. With "Good and Cheap," I would get so many emails or people reaching out and saying, "Thank you for that section that's just called Stuff on Toast, because it makes me feel like I have permission to eat this way and that I'm not eating poorly." People were saying, "I feel so guilty for eating the way that I do." That's terrible, to be feeling guilty for feeding your body. It's such a beautiful and caring act. You're doing your best. That's wonderful thing.

There's so many times where we feel guilt or shame for eating. I describe a few different points in the book about eating a handful of nuts over the sink in between things or when we're busy or distracted or whatever. I remember feeling ashamed during those moments, like I was somehow not doing it right.

Really, if I reframed that, I actually got myself fed in a complicated time, in a time when I didn't maybe have the mental energy to do that. Life isn't like that all the time, but it does have moments like that, and getting through them that way one way or another and take care of yourself is something that we should all be proud of.

There's this really important conversation that needs to be had around this that can relieve a lot of the unnecessary pain and suffering that we pile on ourselves when we judge ourselves by these standards that just don't belong in our homes, in our home kitchens, and in our own minds.

I talked to someone recently who used the phrase "guilty pleasure." I don't understand why should I feel guilty about how I feed myself or my family on any given day.

These terms we have like "guilty pleasure," that language is so ingrained so deeply and often comes from people who absolutely have the best of intentions and mean very well. It's just, yeah, I don't want to be feeling guilty in any way for the choices that I make in my own home.

I would love for people to think about it like, "How did I feel while I was making my food? Was I even present? Was I just worrying about tomorrow or about the emails or about the things that I haven't done? Was I really there with my body having this really calming, healing, sensory experience that cooking can be, engaging with food? Or was I worried like, I have to make it just right, and everyone has in my house has to like it?" That really steals the joy from those moments.

We can just be present with the process of cooking. It's actually really, really healing. When we focus on that, if the end result was a little bit lackluster, so what? You still got a lot out of it. Ultimately, you still have food that you can eat, which is always truly good enough.

Few recipes represent Brown's philosophy better than her spicy, warming and non-alcoholic self-love potion. I make mine in less time and with less prep than she does, but go the longer route if you're feeling more meditative. Make it for yourself some time when you need a little generosity from someone, and that someone is yourself.

Inspired by "Good Enough. A Cookbook" by Leanne Brown