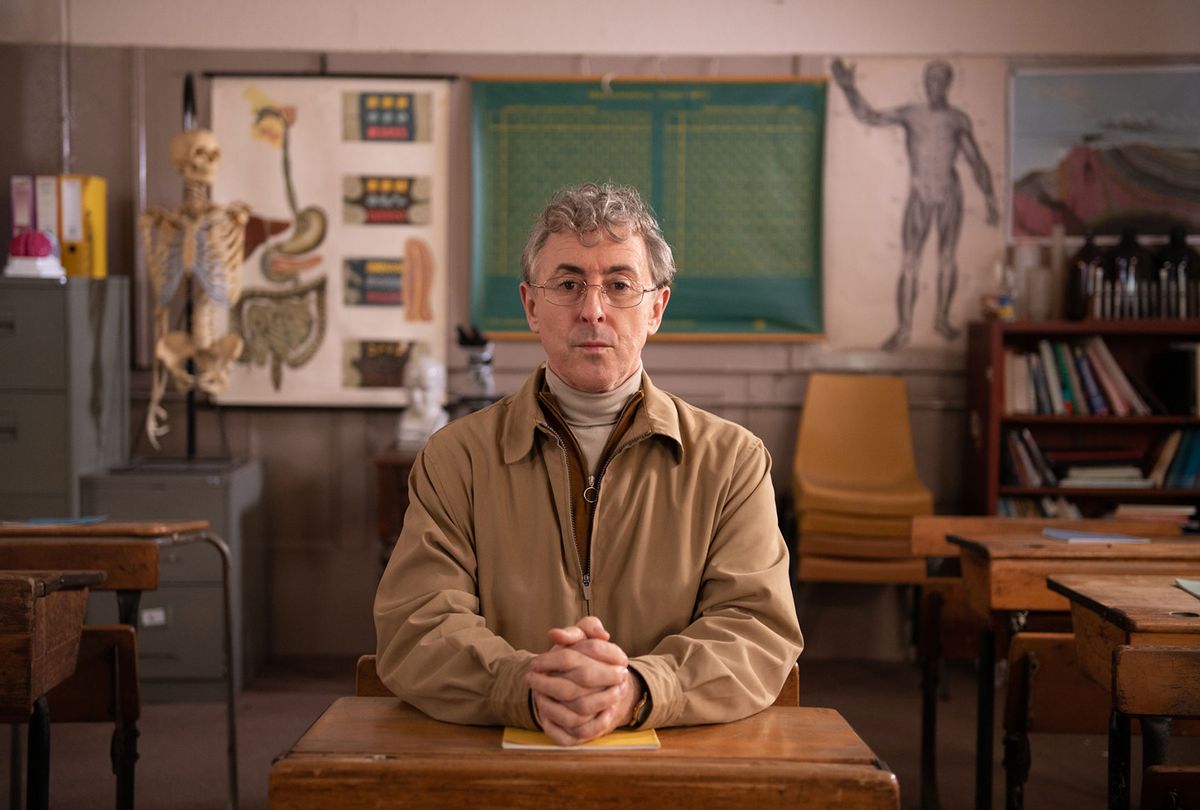 Jono McLeod's beguiling documentary, "My Old School," recounts the strange-but-true story of his classmate, Brandon Lee. The film, which is having its world premiere at the Sundance Film Festival, employs a variety of techniques to retell what transpired when Brandon Lee entered Bearsden Academy, a secondary school in the Glasgow suburbs nearly 30 years ago. (And yes, there is a discussion of him sharing the name of the late Bruce Lee's son).

"My Old School" is, not surprisingly, the case of an imposter, and much of the film raises the question about the reasons behind the lies and deception, which are made clear over the course of the film. McLeod drops some shrewd clues throughout the film that hint at the truth, and yes, he does include a bit of misdirection at time, which will delight (or enrage) viewers.

The story is fascinating. Brandon Lee enters Bearsden in 1993 as a 5th year student. He has come from Canada — hence his "unplaceable" accent — after his mother, an opera singer, died in a car crash; his face was scared in the wreck. He is now living with his grandmother in Bearsden, as he has little to no association with his father, who is in England. Yes, he looks a bit older — the first years tease him and call him "thirtysomething" — but Brandon soon becomes BMOC. He befriends Stefen, a student who received racist hate mail, and assists him with his homework. He helps Brian change his musical tastes from the unpopular techno to cooler bands. He even taught the biology teacher something about male reproduction. His insights about "Death of a Salesman," impressed everyone, and made him a natural for the lead in the school's production of "South Pacific." When the show was staged, it was quite memorable.

Brandon's popularity soared even higher when some of his classmates saw him driving. A car was an opportunity to get out of town, and Brandon cheerfully drove folks to Glasgow for a night of fun. When a cop was following them one evening, Brandon told his peers, that his license was under another name so not to say anything if the cops mentioned it. This might have sent up a red flag, but it wasn't until a holiday trip Brandon took with three classmates that the truth about his identity, concealed in a second passport, became known.

McLeod certainly has fun spinning this yarn of hiding in plain sight, and it is hard not to get caught up in the deception — even as viewers wonder why folks did not figure out the truth sooner. Or, how it could have gotten as far as it did without some complicity. McLeod provides answers that explain if not excuse the behavior on display.

But the real point of the film may be what it is that folks remember, and how much of that is true. Case in point: In the production of "South Pacific," many interviewees describe the kiss Brandon (reluctantly) gave his female co-star. What they believed was, in fact, quite different from reality. Are people more apt to look back at their teenage years, however awkward, through a different lens? Or do we blind ourselves to the truth for reasons that may only be known to us?

"My Old School" also suggests that folks see what they want to see even when confronted with evidence to the contrary. (Insert lesson here about applying logic and reason to people.) Several interviewees, including Brandon, talk about his mesmeric effect on people, insinuating that he hypnotized folks into believing what he wanted them to. (This is used to explain why he could enroll in Bearsden without a birth certificate).

After the subterfuge is common knowledge, McLeod asks his classmates if they would trust Brandon had he pursued his chosen career. There are several responses for and against, which indicate the impact of his fraud. But what Brandon did was not necessarily illegal; he did not gain financially from his trickery. Moreover, students like Stefen and Brian emphasize that he improved their lives through their friendships. Was harm actually done?

"My Old School" does pull the rug out from under some of the folks at Bearsden who were fooled by Brandon's scam, which is both satisfying and rather sad. McLeod's documentary may not leave viewers as gobsmacked as Brandon did when his ruse was revealed, but this improbablw story is also too good not to be shared.

"My Old School" made its world premiere at the Sundance Film Festival.