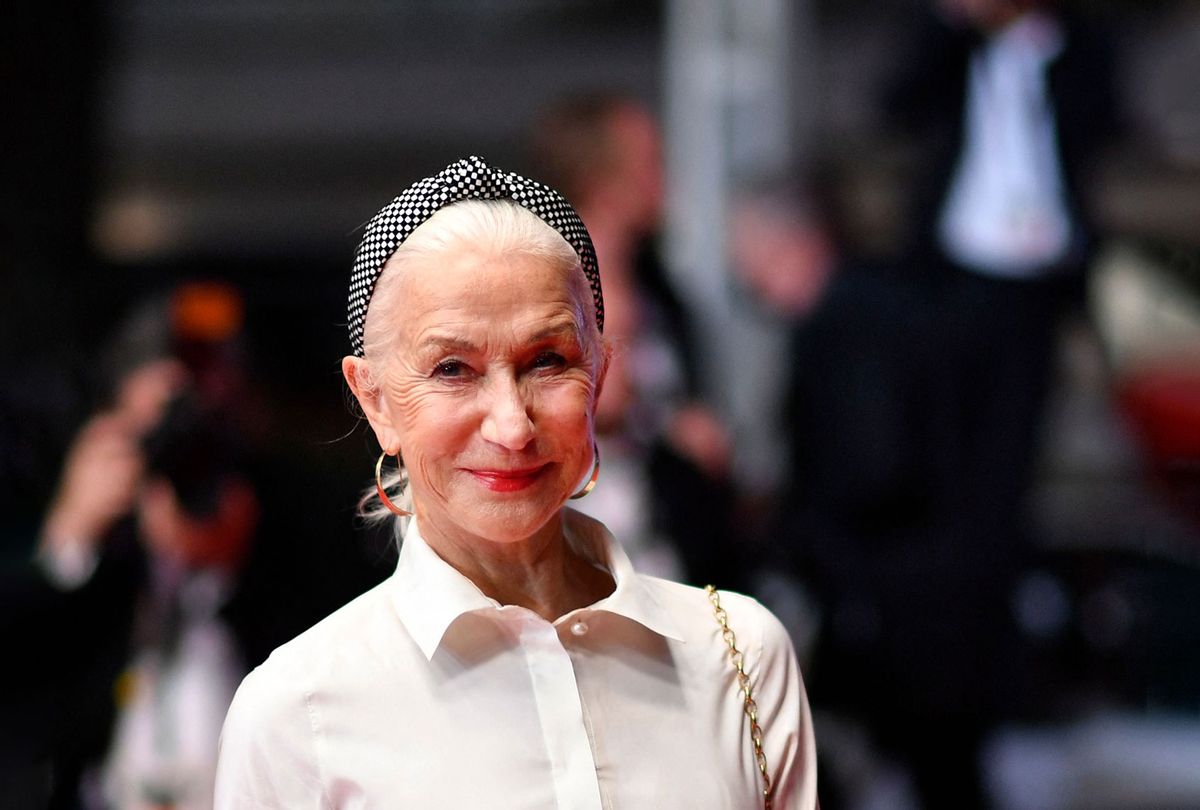 Helen Mirren has addressed the comments criticizing her casting as Israeli prime minister Golda Meir. Mirren, who is not Jewish, defended her casting and shared that Israeli film director Guy Nattiv had insisted that she play the role in his upcoming biopic "Golda."

"[Meir] is a very important person in Israeli history," Mirren said per Variety. "I said, 'Look Guy, I'm not Jewish, and if you want to think about that, and decide to go in a different direction, no hard feelings. I will absolutely understand.' But he very much wanted me to play the role, and off we went."

The actor's response came just a few weeks after actress Maureen Lipman's published op-ed letter in "The Guardian," where Lipman argues that "ethnicity should be prioritized" when casting actors for specific roles — like Mirren's casting as Meir.

RELATED: Who gets to play who on screen? The queer question of Julianna Margulies on "The Morning show"

"My opinion was that if the ethnicity or gender of the character drives the role then that ethnicity should be prioritized, as it is now with other minorities," Lipman wrote. "This applies, in my opinion, to the role of prime minister of the first and only Jewish state."

Lipman, who played the mother of the title character in Roman Polanski's Holocaust film "The Pianist," expressed the same sentiments in a separate Variety interview in Jauary, reiterating "that if the character's race, creed or gender drives or defines the portrayal then the correct . . . ethnicity should be a priority."

Mirren, however, presented a different argument that compared authentic casting for ethnicity to sexuality.

"I know actors like Ian McKellen would, I think, take big issue with that," Mirren continued. "Because what happens then if you're a gay actor? Shouldn't you be able to play straight parts? Is this really a path you want to go down?"

Mirren's reasoning doesn't take into account the point of Lipman's argument, that key to the role is specifically ethnicity and religion, especially for a historical figure. It's even a point she made in questioning Nattiv. This is also not taking into account that casting well-established actors regardless of identity also doesn't give opportunities to marginalized and often overlooked performers.

Will Mirren be good in the role? No doubt; her skills and appeal are undeniable. In fact, that's likely a huge factor, having a big-name actor as a financial draw. But is she the best actor who could embody the part and even bring an informed background? Perhaps not, but that actor isn't getting a chance to try.

Of course, this also part of the bigger conversation about the complexities of Jewish identity and definition of race, a topic that has been debated lately after Whoopi Goldberg stated that the Holocaust wasn't "about race." In the wake of this comment, she was suspended from "The View" for two weeks.

In the same interview, Mirren later acknowledged that it can be "frustrating" for a gay actor "to see a straight actor giving . . . a fake, simplistic sort of performance." She also added that the debate on authentic casting is quite vast and still ongoing.

"There's a lot of terrible unfairness in my profession," Mirren said. "If there's an actor who's disabled, who's brilliant but has had very few opportunities, and now a wonderful role comes along that's for a disabled actor, everything being righteous, he or she should have that role."