The network had blocked some of the comedian's posts of the Olympics, infuriating fans who prefer her commentary 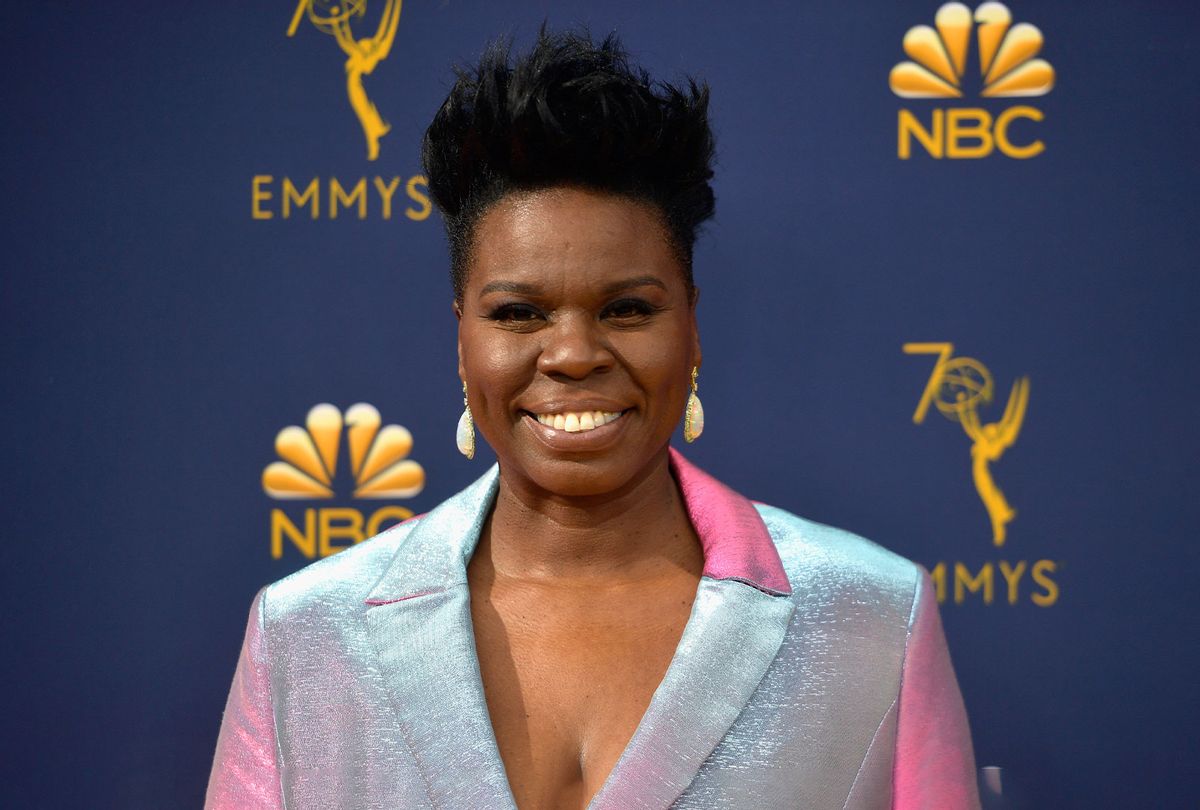 Leslie Jones' contribution to the Olympic fandom lives on, but it could be so much more.

The comedian's commentary during the Olympic Games has kept us entertained and well-informed on everything from the individual events to the worldwide competitors of the season. Throughout the years, the former "Saturday Night Live" star has become well-known for her at-home video posts on social media, which combine humor, words of encouragement for the athletes and an undeniable passion.

However, on Monday, Jones' jovial sportsmanship was at risk of being extinguished for good. The famed comedian posted a lengthy message, alleging that NBC, the broadcaster of the Games, was blocking her videos.

"I know I know, another celebrity b**ching. But I'm tired of fighting the folks who don't want me to do it," Jones wrote. "They block my videos and they get folks who think they can do it like me. And I'm tired of fighting them. I love the athletes and they love me doing it. And I know y'all love it. But now it's just gotten too hard. And no one is fighting for or with me. Soooo I guess I'll leave it to the professionals. But thank you for all the love. #uptoyallnow"

"I have watched olympics since I could walk lol. Me and my dad. So this is from my heart. Y'all should be asking @NBCSports why they don't see that. And think they can replace me with just anyone. Again not saying I was first just saying it's frustrating. @TeamUSA"

A network shutting down unauthorized use of their images or videos is nothing new. It happens to YouTubers every day. However, it's difficult to catch everyone who has access to do so thanks to technology on their own phones. What sets this instance apart is that Jones is no average person on the internet. While her use of NBC's video could be seen as a violation of copyright, it could also be seen as free marketing for the Olympic Games, driving more viewers to the events on the broadcast network and its streaming service Peacock. Yes, in this case, Jones is an influencer, one whose loyal fans look forward to her posts every two years.

After some backlash, including from athletes and others who enjoy Jones' contributions, NBC must have realized quickly that it was better to allow Jones to continue. The network released a statement Tuesday, explaining that the issue was "the result of a third-party error." A few of Jones' videos were still blocked due to strict restrictions on sharing coverage of the Olympic Games, which NBC acquired rights to through 2032 for $7.75 billion. Despite that, NBC added that Jones could continue sharing her video commentary.

"This was the result of a third-party error, and the situation has been resolved," an NBC spokesperson told Variety earlier today. "She is free to do her social media posts as she has done in the past. She is a super fan of the Olympics, and we are super fans of her."

Jones first became a fan-favorite homebody commentator during the 2016 Games in Rio de Janeiro. Her popularity was also noted by NBC — Jones contributed to NBC's coverage of both the 2016 Games and the 2018 Winter Games in Pyeongchang, South Korea.

But aside from those gigs, Jones' commentary has been relegated back to social media, never to be hired again. And this was not just some blip because of the pandemic. Last year, NBC attempted to emulate Jones' comical commentary with others who failed to capture her signature charm. During the 2021 Summer Games in Tokyo, NBC launched a half-hour highlight show on Peacock hosted by Snoop Dogg and Kevin Hart, whom Jones no doubt was referencing with the comment, "They get folks who think they can do it like me."

Jones' Twitter statement on Monday elicited countless replies from fans offering their support and expressing disappointment towards NBC's decisions. One particular response, which Jones retweeted, praises her Olympics commentary and live tweets, hailing them as "a DELIGHT!!"

"They are, in fact, the only thing that makes me want to go and watch @nbc's actual coverage of the Olympics," the tweet continued. "Your wonder at these athletes' achievements is so genuine, joyous, and infectious. They should be PAYING, not punishing!"

Indeed they should be.

It's not entirely clear what happened since Jones left the embrace of NBC and "Saturday Night Live." While she's continued appearing on screen, significantly in the 2016 reboot of "Ghostbusters," it does feel like her talents are largely wasted. Perhaps it's a contract issue. Jones also currently hosts the game show "Supermarket Sweep" on rival network ABC. She also appears in HBO Max's upcoming pirate comedy "Our Flag Means Death" this March. Watch a sneak peek below, via YouTube.