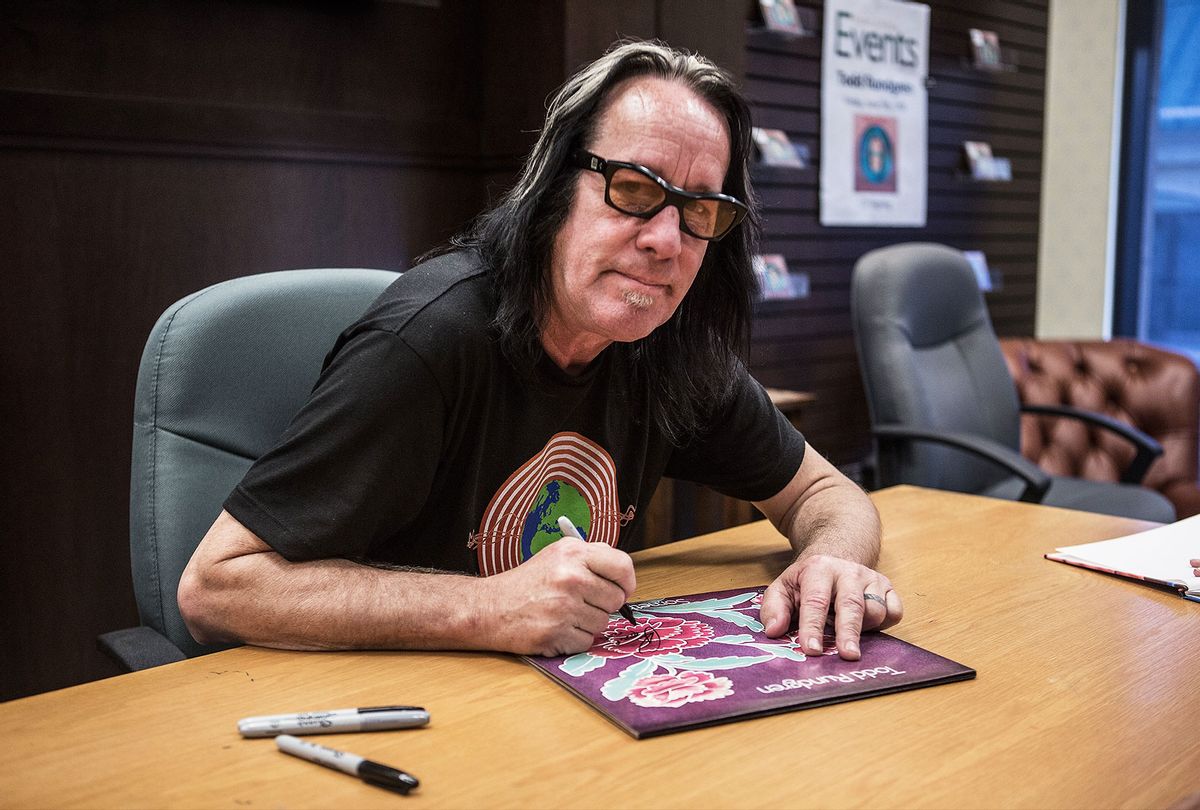 To commemorate the occasion, producer Fernando Perdomo has brought together a host of top-flight musicians in celebration of the album's golden anniversary with a new tribute called "Someone/Anyone?". In 2021, Perdomo assembled a similar collection to mark the original release of Paul and Linda McCartney's "Ram." In a particularly fitting move, the profits from the "Something/Anything?" tribute will be donated to Rundgren's charity Spirit of Harmony, which advocates for music in schools, especially music performance for youth.

RELATED: Todd Rundgren on no more Trump songs, his high-tech "spectacle" of a tour, and the new Sparks collab

A tour-de-force, the tribute album is chock-full of lovingly crafted cover versions of "Something/Anything?" tracks. Standout cuts include Brent Bourgeois's sterling take of "Hello, It's Me," Rundgren's 1973 top-five hit. In Bourgeois's hands, "Hello, It's Me" retains its original flavor, while enjoying fresh shades courtesy of the singer's top-notch lead vocals. And then there's Marshall Crenshaw's superb turn on "Couldn't I Just Tell You." With his sizzling guitar work and vocals to boot, Crenshaw brings the song to life in innovative fashion.

Meanwhile, Louise Goffin (Carole King's daughter) provides a throwback, girl group-era lead vocal on "I Saw the Light," the original lead track from "Something/Anything?". In a similar vein, Victor Wainwright and the Wildroots produce an unforgettable version of "Saving Grace" in all of its buoyant, foot-stomping majesty.

Indie artist Ken Sharp offers soulful takes on "It Wouldn't Have Made any Difference" and the bonus version of "I Saw the Light." The recording artist behind last year's splendid "Miniatures" LP, Sharp embodies the spirit behind Rundgren's homespun work on "Something/Anything?". A gifted multi-instrumentalist, Sharp really shines on "It Wouldn't Have Made any Difference," accenting the song's heartfelt realizations about love's trials and tribulations.

Perdomo brilliantly concludes the tribute LP with a selection of bonus tracks from the Miami Beach High School Rock Ensemble, including a scorching take on "Money (That's What I Want)." The inclusion of the high school combo makes for a fitting nod to Rundgren's charity and its vital cultural mission.