With this new box set of "Let It Be" and a book, "Get Back," Beatles fans will have plenty to obsess over 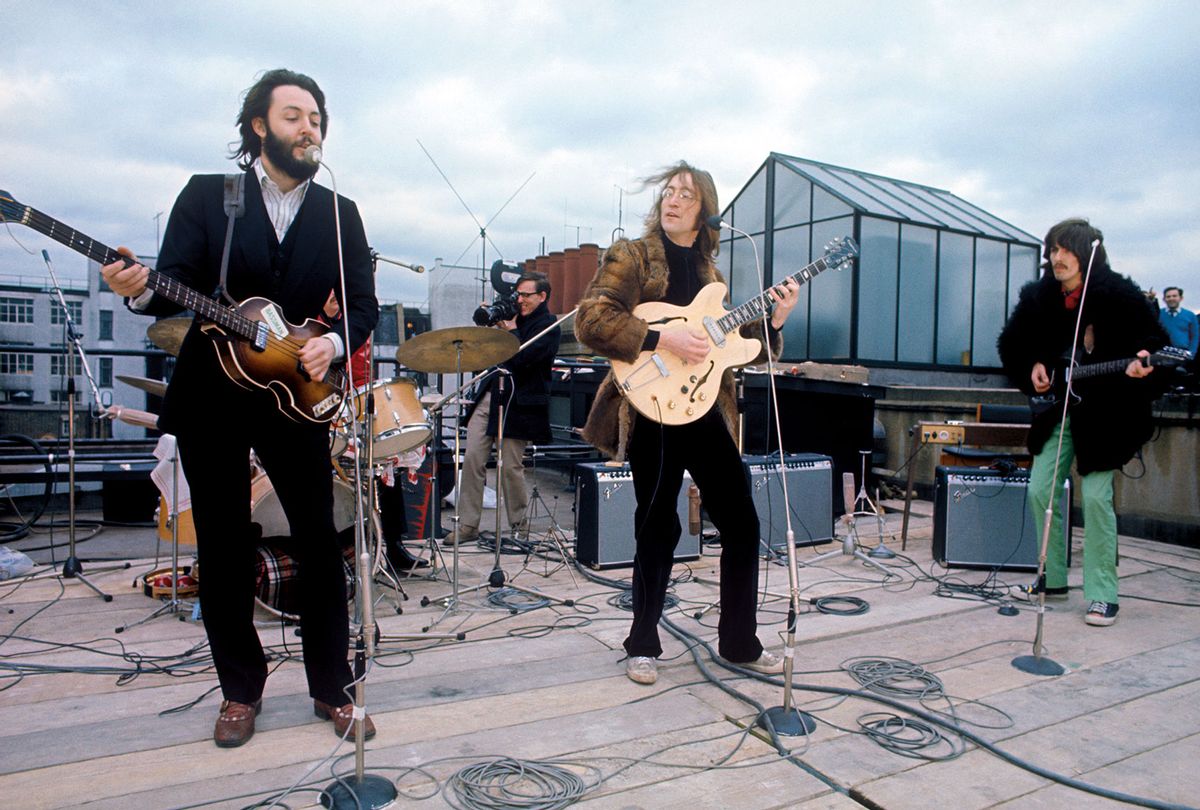 With the deluxe remixed release of the Beatles' "Let It Be," I am convinced that the album will always defy attempts at creating a definitive edition. In the long history of the Beatles' recorded output, and the various and ongoing efforts to spin the events of January 1969 in one direction or another, it has simply become too beguiling to know what really happened, much less fully encapsulate the band members' creative intentions with their work. When it comes to "Let It Be," you just can't pin it down.

And that goes for the entire "Get Back" saga — the project that the Beatles undertook in that fabled month and that eventually morphed into the "Let It Be" LP release in May 1970. Originally conceived to accompany the documentary directed by Michael Lindsay-Hogg, the album finally saw the light of day in the hands of Phil Spector, who carried out post-production duties after earlier attempts by Glyn Johns and George Martin to bring the LP to the marketplace had fallen short in the Beatles' estimation.

The deluxe box set, engineered by Giles Martin and Sam Okell, is a valiant effort indeed. There are a few blemishes, to be sure. Beatles aficionados might understandably yearn for more material from the Twickenham sessions, and a loud contingent has already voiced their displeasure at not having access to a full version of the Rooftop Concert.

Even still, Martin and Okell have scored knockout remixes on several counts. Their remix of "Let It Be" absolutely sizzles. The sheer beauty of Paul McCartney's vocals — especially during the "I wake up to the sound of music" section — is a wonder to behold. And George Harrison's guitar solo has never sounded brighter and more passionate.

RELATED: In 1969 the fifth Beatle was heroin

And then there's "I've Got a Feeling," quite possibly the highlight of the entire set. Bristling with energy, the track benefits from the new remix's enhanced sonic separation. The electric groove that drives the guitar-oriented "I've Got a Feeling" has never seemed more alive than in Martin and Okell's hands. The same could be said for the album version of "Get Back," which sounds like it was recorded yesterday, as opposed to nearly 53 years ago.

There are a few misfires, albeit minor ones. Once you've heard the ethereal beauty of the "Let It Be . . . Naked" version of "Across the Universe," every other take seems less profound. With its varispeeded vocals, the Spector version feels flat and uninspired by comparison. Try as they might, the Martin and Okell remix notches barely a modest improvement, particularly considering the source. By the same token, I prefer the halting clarity of the Naked version of "Two of Us" in contrast with the remix.

Yet listeners will be buoyed, no doubt, by Martin and Okell's successful muting of Spector's cloying post-production work on Harrison's "I Me Mine" and, in an especially fine instance, McCartney's "The Long and Winding Road." The orchestration is still alive and well in both cases, but more effectively balanced with the Beatles' original instrumentation.

The deluxe set is rife with outtakes, along with Glyn Johns' original 1969 mix. While superfans will have long held such morsels in their collections, much like the Esher tapes' reincarnation in Martin and Okell's White Album mixes, there's nothing like enjoying them in top-notch stereophonic sound.

The "Let It Be" box set's bravura release appears contemporaneously with the "Get Back" book, edited by John Harris from the Beatles' candid conversations at Twickenham and later at Apple Studio, where they completed work on the recordings, including the climactic Rooftop Concert on January 30, 1969. Beatles fans are well aware of these confabs, particularly those who've undertaken the Herculean effort to consume the contents of the voluminous Nagra reels, the recordings that Lindsay-Hogg surreptitiously made during his film production.

As for the book, "Get Back" is beautifully adorned with photographs by Ethan Russell and Linda McCartney, several of which have been published here for the very first time. It was Russell, incidentally, who witnessed the lion's share of the session, later reporting to me on Salon's "Everything Fab Four" podcast (listen to the episode here) that if the cameras weren't rolling, the Beatles rarely engaged each other, retreating into their own headspace.

In his foreword, Hanif Kureishi takes great pains to paint the Get Back sessions as being more convivial than history has previously reported. "In fact this was a productive time for them, when they created some of their best work," he writes. "And it is here that we have the privilege of witnessing their early drafts, the mistakes, the drift and digressions, the boredom, the excitement, joyous jamming and sudden breakthroughs that led to the work we now know and admire."

And while there is indeed much to admire about the Beatles' work during that time — the sessions produced three chart-topping U.S. hits in "Get Back," "Let It Be," and "The Long and Winding Road" — it is vital that we remember their actions and comments to the contrary during that very same period. On January 10, Harrison quite literally quit the band after a heated argument with Lennon, only to be coaxed back into the fold several days later in time for the group's return to Apple Studio. And by his own admission not long afterwards, Lennon described the album's production as "the most miserable sessions on earth." It's all there in the Nagra reels.

Comments along the lines of Kureishi's foreword suggest that there is an effort to replace the reality of "Let It Be" with a wide-eyed, nostalgia-ridden myth. But even still, I for one am hopeful that Peter Jackson's upcoming three-part "Get Back" documentary will tell the unvarnished story of the saga behind the making of the penultimate Beatles studio album. Willfully attempting to gloss over the rancor that characterized aspects of the original sessions robs the band of one of their most magisterial of triumphs: In just a few short weeks, they went to hell and back, only to emerge, in the last possible moments, to perform a concert for the ages, along with the recording of a spate of classic songs. The whole business, with all of the stress and tension, made for a come-from-behind victory of which only the finest musical fusions are capable. And the Beatles are the finest of them all. Full stop.

Which brings us back, full circle, to "Let It Be," the end result of the so-called Get Back project. The deluxe remixes are worthy additions to the Beatles' most notoriously convoluted production. But there's no getting around the fact that the goings on back in January 1969 — the interpersonal machinations and lack of any clear artistic intention, then and now — will never really be untangled in the cold light of the present day. Simply put, Let It Be will always be an enigma, albeit a truly wondrous one.

Books Get Back Let It Be Music Review The Beatles