"Inventing Anna" takes a good story, imprisons it in unnecessary excess and robs of us our time

As easy as it was to love the idea of Anna Delvey, Shonda Rhimes never explains why, yet says far too much 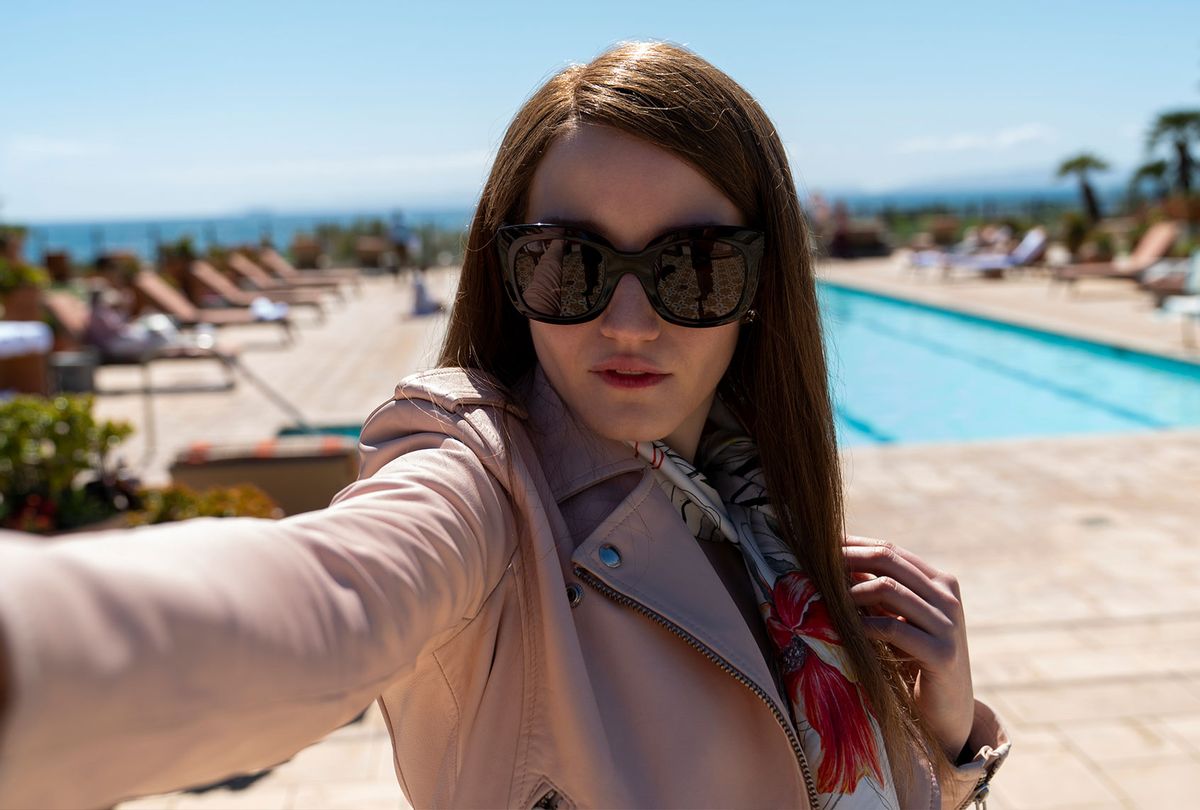 Before she inspired Shonda Rhimes' nine-part series "Inventing Anna," the woman who went by Anna Delvey nervily played somewhere in the middle of America's hatred of and fascination with grifters, and our grudging obsession with the wealthy.

This Russian-German con artist, born Anna Sorokin, constructed such a convincing illusion out of snobbery and good taste that she succeeded in stiffing luxury hotels and bilking financial institutions for hundreds of thousands of dollars. She may have remained an essentially New York story if not for journalist Jessica Pressler, who made Delvey an international sensation by way a 2018 New York Magazine profile emphasizing her stunning guile and essential unknowability.

Through Pressler's story we traveled with Delvey into some of New York's most exclusive circles, mingling with high society and discovering how far flattery and snobbery can take someone with enough savvy, along with right couture.

RELATED: How "Generation Hustle," a show about con artists, almost got conned by one of its subjects

Although one of her victims is a writer who Delvey stuck with a $62,000 hotel bill, the scammer became something of a folk hero. This otherwise average-seeming woman stuck it to the one percent using little more than her charm and ability to talk her way into luxury suites.

For what is Anna Delvey if not a villainous twist on the Cinderella fantasy? Not content to wait for a prince or a fairy godmother to kit her out with ballroom slippers or the keys to the kingdom, she simply steals the former and takes up space in the latter. That takes an audacity few possess, and that many wish they did.

Wanting to love the "Inventing Anna" story is entirely separate from the reality of what Rhimes has done with it, which is to take an elegantly simple study about a decadent and envelop it in narrative maximalism. From the rococo dialogue that is Rhimes' signature, in which simple communications take on gratuitous curlicues and repetition, to the penchant to drawing out scenes far beyond dramatic necessity, the showrunner mercilessly clobbers us with its overwrought approach.

Few questioned her until it was too late because, as a stylist in Rhimes' liberal adaptation put it, she nailed the little details. She accessorized correctly and knew about all the finest places and things; she ordered wine not based upon the label but the region. Playing the part made it easy for her to insinuate herself into the lives of those with glittering reputations and enough money to part with sums here and there without losing much sleep.

But Rhimes' most bewildering choice decentralizes the glamorous predator at its center to make the writer the star.

This wouldn't be a problem if she'd written Pressler's stand-in Vivian Kent ("Veep" star Anna Chlumsky) as more compelling than the sum of her obstacles. In fairness the very pregnant Vivian has much to overcome, starting with her need to recover from a career-derailing mistake that involved reporting a New York tale so fantastic that it ended up being false.

As penance her manager assigns her a toothless #MeToo story about the women of Wall Street, expecting that to eat up her time until she exits for maternity leave. Coming across the story of Anna ("Ozark" scene-stealer Julia Garner) leads her to defy orders. Anna wasn't being taken seriously either, Vivian realizes, and becomes convinced that this young woman being dismissed as a simple socialite who got caught committing fraud is smarter than she's made out to be.

If you're wondering why Chlumsky's journalist doesn't bear Pressler's name despite the writer having a producer credit here, this is quickly explained by the way the script capitalizes upon the nakedness of each woman's ambition, as all electric tales about swindlers do.

Vivian never hides her intention to use Anna to achieve her own ends. After a long stretch of toying with the reporter, Anna plays along, using Vivian's sympathetic ear and pen to expand her legend. Each woman in her way is symbolically snubbing a system constructed by and for the benefit of men, as three newsroom veterans who assist and advise her (played by Anna Deavere Smith, Jeff Perry and Terry Kinney, all consistently terrific despite everything else) regularly remind her.

Rhimes never sufficiently explores the common psychological elements that the journalist and her subject share in a way that could add meaning on the story. It's the opposite: her thin rendering of each relationship to the other feeds the show's other significant flaws.

Vivian is obsessed with Anna's ability to hoodwink people who pride themselves on their superiority while never figuring out anything substantial about her, such as which lines she's willing to cross and who is acceptable to screw over. Because of this, Garner is stuck with a character who never develops into much more than an irritating cartoon who cannot escape of the soggy mouth in which her unplaceable Eastern European accent has trapped her.

The actor nevertheless finds a way to crack open her grating, spiky façade to show us glimpses of frailty and insecurity, teasing at some drop of a reason that people like her attorney (Arian Moayed) stand by her and others in her circle, like Laverne Cox's physical trainer Kacy Duke, put up with her. But at no point are we given a firm reason as to why we should invest or empathize with this entitled woman, not even when her story is filtered through the perspective of one of her ride-or-die friends.

Rhimes writes Vivian just as shallowly, which is a terrible way to render a lead. Chlumsky is a master of expressive silences, which serves her well in her comedy turns. But here, she's handed a limiting palette mainly consisting of frustration, anxiety and awkwardness, with few opportunities for humanizing introspection.

Chlumsky fiercely struggles to make a compelling portrait out of all this but doesn't quite fill out the canvas. Instead she becomes a rougher version of a con artist herself, coercing sources with insinuations that she'll make them look worse without their cooperation and manipulating Anna out of accepting a plea deal for her own benefit.

I suspect anyone who has been missing the "Scandal" creator's writing style will embrace all the negatives listed here, chalking them up to being part of the "Inventing Anna" maker's way of weaving a deliciousness out of mess. The parade of familiar faces from the Shondaland stable of regulars (including, among others, Katie Lowes, Chris Lowell, Josh Malina along Perry and Smith) doesn't hurt either.

For some people such all-star reunions are enough to carry a piece emphasizing pleasing style over lasting insight. Others may be left bewildered by Rhimes' apparent sympathy for a figure whose obvious pathology is never entirely explained or justified.

Any argument that Pressler writes Anna as an enigma in her article is undercut by the regularly posted reminder that "This whole story is completely true. Except for the parts that are made up." Rhimes isn't shy about availing herself of artistic license. In this story, however, she forgoes fleshing out her characters and bloats each episode's runtime instead. The shortest episodes are 59 minutes long, with the finale clocking in at a punishing 82 minutes.

And this may be the ultimate test "Inventing Anna" places before us. Delvey's modus operandi involved filling her marks' head with grand schemes and visions of luxury while wining and dining on their dime, promising that she's good for debts she could never pay. This show lures the viewer with the promise implied by Rhimes' reputation for giving good soap, which the likes of "Bridgerton" has fulfilled.  But as each hour-plus episode lurches toward the next without much sign of a payoff, you may start questioning whether you have, in fact, been drawn into another long con. Worse, it's one for which there is no restitution. Repentant crooks can offer monetary restitution to their victims, but there's no way to reclaim misspent time.

All nine episodes of "Inventing Anna" are currently streaming on Netflix. Watch a trailer for it below, via YouTube.