The 8 biggest Beijing 2022 Olympics controversies, from doping to disqualifications

The Winter Games were already fraught from a human rights perspective, and these incidents didn't lift that shadow 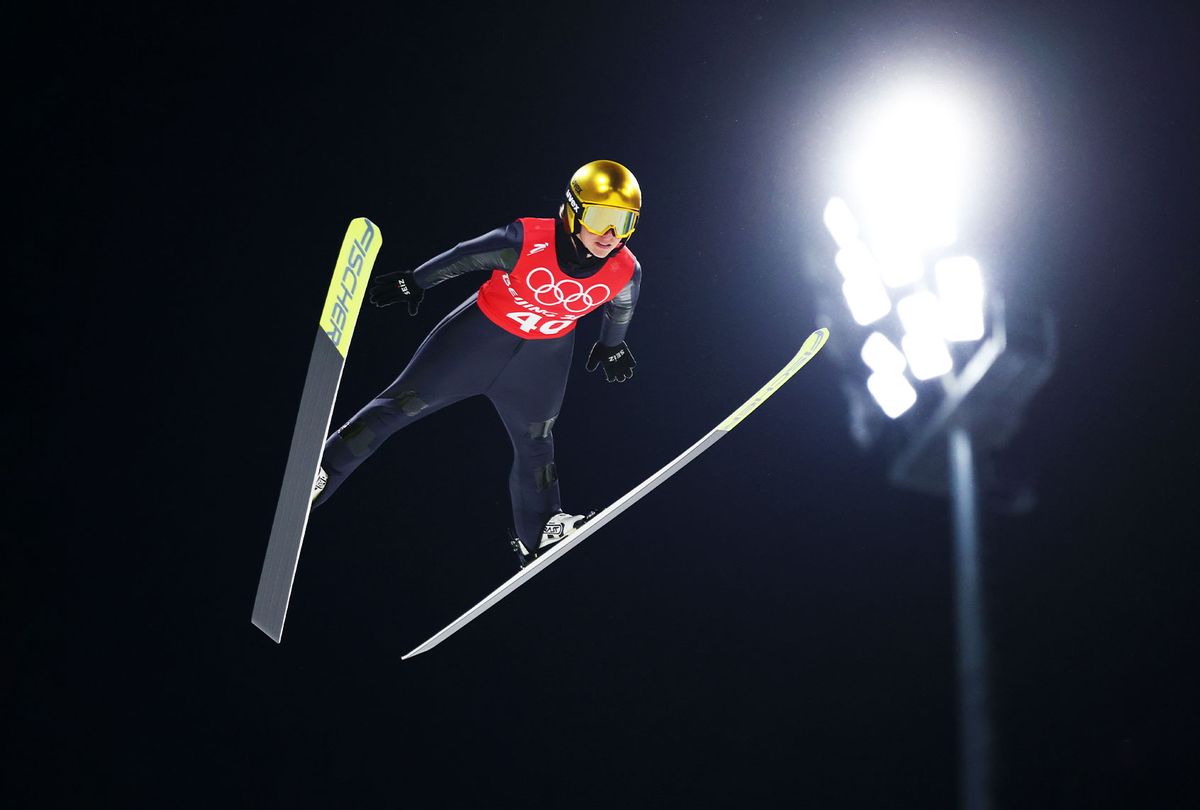 When China first hosted the Summer Games in 2008, the country sought to celebrate its national pride on an international stage and hopefully, establish itself as an "emerging global superpower." From the opening festivities to the closing rituals, the energy inside the Bird's Nest was both infectious and energizing.

But 14 years later, at the Winter Games held in Beijing, the atmosphere has become more dismal with an ever-growing list controversies and scandals drawing focus from the athletic excellence and spirit of international amity that's supposed to be fostered.

From banned baggy outfits to questionable penalties and a hush-hush snowboarding scandal, here are the biggest controversies of this year's Winter Games:

Although Hossein Saveh-Shemshaki didn't garner widespread media attention, the Iranian skier became the first confirmed doping case in Beijing 2022. A few days into the Games, Saveh-Shemshaki tested positive for a banned yet undisclosed anabolic androgenic steroid and was promptly barred from competing, training and participating in the Games. The skier previously competed in the slalom events at the 2014 Sochi Olympics and the 2010 Vancouver Olympics alongside his brother, Pouria Saveh-Shemshaki.

2. A Uyghur athlete put on display at the opening ceremony

Political tensions and human rights abuses have plagued the Olympic stage from the start. In the months leading up the Games, various human rights groups have accused the Beijing government of torturing and abusing the Uyghur Muslim population in the northwest province of Xinjiang. The revelations prompted the U.S., U.K. and Canada to announce a diplomatic boycott — athletes from each country were allowed to compete but government officials were not in attendance. India, Australia, Lithuania, Kosovo, Belgium, Denmark and Estonia also followed suit.

So it came as an international surprise when China boldly showcased a Uyghur athlete as a final torchbearer during the opening ceremony. Cross-country skier Dinigeer Yilamujiang became the face of her nation in a brief display that many deemed was "calculated" and dismissive of minority struggles. Chinese media were also quick to laud Yilamujiang, saying she "showed the world a beautiful and progressive Xinjiang," before abandoning her. On Saturday, Yilamujiang was reportedly dropped from the women's 4x5 km relay team, which placed 10th in the finals.

Freestyle skier Eileen Gu and figure skater Zhu Yi — two U.S.-born athletes — received nationalist backlash on social media after announcing their decisions to compete for China in the Games. Fox News host Will Cain called Gu an "ungrateful traitor" while others told her to "Get out!" A Slate article, which is part of a long-running feature called "Olympics Jerk Watch," criticized her allegiance and assigned her a "jerk score" of 6.5 points out of 10.

Along with the backlash, Gu and Yi garnered wildly different comments from local spectators on the Chinese social media platform Weibo — the former was praised as a national treasure after her stellar debut performance while the latter was regarded as a disgrace. Gu, who won gold in the women's big air and silver in the women's slopestyle, received special shoutouts from Chinese authorities and the current editor-in-chief of Vogue China, Margaret Zhang. But Zhu, who fell during competition, was accused of benefitting from nepotism (according to a now-deleted theory) and slammed for her inability to speak Mandarin. The hashtags #ZhuYiMistake, #ShameOnZhuYi and #ZhuYiFellDown also began trending on Weibo.

Baggy clothes caused quite the uproar after five top women ski jumpers — Austria's Daniela Iraschko-Stolz, Japan's Sara Takanashi, Norway's Anna Odine Strøm and Silje Opseth, and Germany's Katharina Althaus — were all disqualified over loose-fitting suits. Apparently, baggy attire helps skiers glide further in the air — giving them a leg up in competition — which violates official protocols. Athletes and coaches were frustrated with the news and pointed out that the same outfits were allowed in previous events.

"This is a parody, but I am not laughing," Horst Hüttel, Germany's head of Nordic events, told The Guardian. "It is outrageous that this happens with the four biggest ski-jump nations."

Several short-track-speed-skaters accused officials of bias after suspicious penalties were made to allegedly help Chinese athletes secure medals. During the men's mixed team relay finals, China won the gold medal after the Russian Olympic Committee and the U.S. — two top ranking teams prior to the semifinals — were disqualified. The ROC was penalized for "causing obstruction" while the U.S. was eliminated for "blocking."

Two days later, during the men's 1,000-meter finals, Hungary's Shaolin Sandor Liu and China's Ren Ziwei were in a tight race for gold before the former fell and slid off course. Liu Shaolin managed to get back up and finish second but was disqualified for a lane violation and using his left hand to block Ren on the final turn. Although Ren was also caught using both hands to grab and shove his competitor to the ground, he wasn't penalized and eventually won the gold.

A scoring decision made in the men's snowboard halfpipe final shocked snowboarding enthusiasts on social media and NBC analyst Todd Richards. After completing his second run, Japanese snowboarder Ayumu Hirano became the first competitor to land a triple cork — a difficult trick with three in-air rotations — but was surprisingly docked points by the judges. Hirano earned a score of 91.75, which placed him in second and right behind Australian snowboarder Scotty James. Richards, who hailed Hirano's run as "the best that's ever been done in the halfpipe," was quick to call the judges out. During his third and final run, Hirano landed the trick again and rightfully won his gold medal.

The same judges were also involved in another scoring controversy, this time in the men's slopestyle final. The judges did not remove any points from Canadian snowboarder Max Parrot's score after he grabbed his knee, instead of the board, during one of his jumps. Parrot won gold while China's Su Yiming won silver.

7. A former Olympian alleges sexual misconduct and racism in snowboarding

Snowboarder Callan Chythlook-Sifsof, who competed in the 2010 and 2014 Games, accused U.S. Olympic Snowboarding Coach, Peter Foley, of sexual misconduct and snowboarder Hagen Kearney of racism. In an Instagram post, which was taken down multiple times for "bullying" and "nudity and sexual behavior," Chythlook-Sifsof alleged that Foley made inappropriate and vulgar comments to female team members. She added that there are more serious stories surrounding Foley but refrained from disclosing them because they "are not my story but should come to light . . . " In a statement to Newsweek, Foley "vehemently" denied the allegations.

Chythlook-Sifsof also claimed that former teammate Hagen Kearney had "routinely and continuously" used the N-word to pester her. In one moment, Kearney physically intimidated Chythlook-Sifsof after she called out his behavior. In a separate statement to Newsweek, Kearney admitted to using the racial slur and said he is "still ashamed about using that word to this day."

"It was an act of utter stupidity and disgusting behavior on my part," the athlete wrote in an Instagram post. "I immediately regretted what I had done."

8. A doping scandal that tore through the figure skating community

Probably the most discussed controversy of the Olympics needs no introduction since it centered on what is arguably the most popular event of the Winter Games. Tension rocked the figure skating world shortly after the team events, when news broke out that Russian skater Kamila Valieva had tested positive for the banned substance trimetazidine and two additional yet unbanned metabolic enhancers.

The Court of Arbitration for Sport's (CAS) ruled that 15-year-old Valieva could continue competing in the individual events, a decision that was met with outrage. But then CAS added a caveat that was even more frustrating: If Valieva were to finish in the top three, there would be no medal ceremony. Several veteran figure skaters expressed their displeasure with the ruling, including commentators Johnny Weir and Tara Lipinski, who were supportive of Valieva's talent but called out the unfairness shown to other skaters.

In the end, while Valieva excelled in the short program, she fell multiple times in the free skate, a performance that caused her to tumble to fourth position. The medal ceremony was held, and the young teen at the center of the furor is now worse off than she was at the beginning.

Check out these other stories: