Parents were stuck inside with their kids. A rise in ADHD diagnoses soon followed

Did online learning lead to misdiagnoses of ADHD? Or is it revealing cases that have gone undiagnosed for too long? 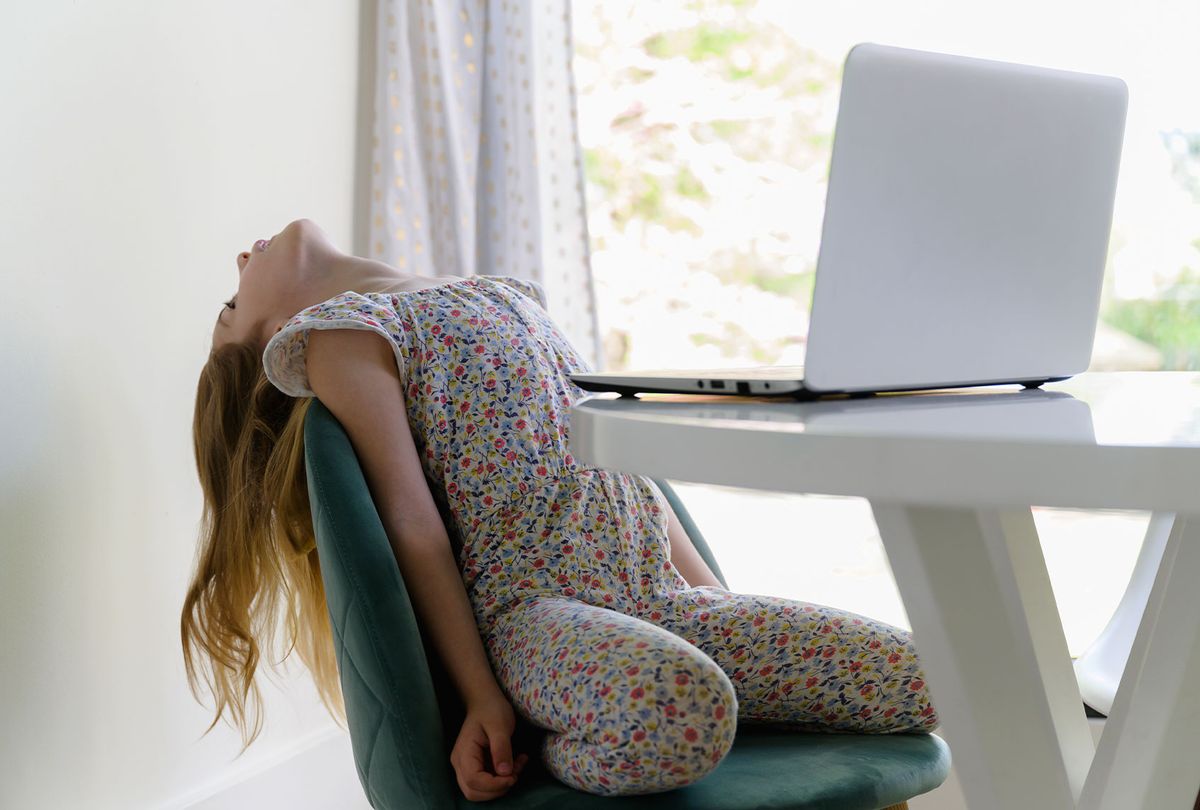 Children are bored, isolated, and oversaturated with technology, but what's new? Well for starters, during lockdowns their parents got a glimpse of what teachers see every day. That led to something curious happening: having millions of children cooped up at home with their parents, instead of at school, led to an increase in diagnoses of Attention-Deficit/Hyperactivity Disorder (ADHD).

Yet the rise in diagnoses has renewed a long-standing debate over ADHD in children: is it under-diagnosed, or over-diagnosed? Answering that is harder to suss out — and may even depend on who you ask.

Longstanding stigma against mental illness permeates American culture, especially when it comes to cognitive functioning. Nevertheless, ADHD diagnoses have consistently increased since the 1990s. Roughly one out of every 10 children and adolescents between the ages of 3 and 17 living in the US have a current ADHD diagnosis. That number stands to grow further after many parents witnessed firsthand how their children struggled to stay attentive in remote classes.

Learning deficits such as ADHD sometimes go unaddressed for years or even a lifetime, the impact of which is demoralizing if not outright dangerous. Risks associated with ADHD — substance abuse, criminal behavior, academic adversity, and significantly greater social and financial hardship — are generally more severe in the absence of cognitive behavioral therapy and, yes, medication when appropriate. Nobody — save for pharmaceutical companies — wants to see droves of children endlessly and pointlessly prescribed Ritalin as a catch all for "inconvenient" behavior. For children with ADHD, a diagnosis is the first step toward building a toolkit to not only function but also have the ability to thrive.

RELATED: Advice from a home-school veteran: Ditch the schedule and let your kids play

"We know in giving that correct diagnosis that they transition through adolescence safer — with less high-risk behavior; they're safer drivers; there's a big picture as to why we need to be correctly diagnosing these kids," Dr. Judith Hunt explained.

Although ADHD is the most common neurodevelopmental disorder among children, it remains underdiagnosed, she asserted.

When school moved online, Dr. Jonathan Cartsonis saw his 13-year-old son disengage from his studies. As an educator, Dr. Cartsonis understands the importance of experiential components of learning. Specializing in rural healthcare, he emphasizes individualized learning strategies and community engagement with his own medical students. Then the diagnosis came. It was for ADHD, but after in-person learning resumed Dr. Cartsonis thought otherwise.

"It was a byproduct of too many hours sitting at the computer, too much homework, not enough social engagement, and not enough exercise," he wrote to Salon. "The supposed ADHD symptoms evaporated when he was back in person, in school."

A greater willingness among parents to acknowledge problems when they arise offers a cautious dose of optimism. Cases of misdiagnosis do not negate that fact. Rather, they indicate the necessity for more open and honest dialogue about developmental challenges as they arise. Dr. Hunt says this is exactly what happened, and we have pandemic lockdowns to thank. Perceptions of educators and parents are more connected than ever.

"When the parents weren't quite as involved in the child's learning all day long — parents would sometimes discount what the school was saying, and then when they had the child at home for doing school learning, I received a lot more phone calls from parents saying that I do think that my child needs help."

She added, "It was parents calling in because they were feeling desperate and trying to help their child learn."

Even after in-person learning resumed Dr. Hunt has seen more parents seeking a diagnosis of ADHD for their children, indicating a significant attitude shift toward mental health. Ultimately, there may not be an increased rate of diagnoses, though it is quite likely. Because the US suffers from abysmally slow and antiquated reporting for childhood health data, it will be quite some time before we know for sure whether anecdotal evidence is accurate.

Preparing to answer that question once more data is available, a November 2021 study published in Nature's peer-reviewed journal Nature Reports examined pre-pandemic data on ADHD to supply a baseline for socioeconomic and geographic risk factors. Dr. Goran Bozinovic suggested the report demonstrates the need for a significant overhaul in the way ADHD diagnoses are reported in the US. If the speed and precision with which the US government reported COVID-19 data is any indication, the problem is in the mechanism of collection itself.

"To effectively model and mitigate the ADHD epidemic and similar national health crises, the U.S. should rely on comprehensive, county-specific, near real-time survey and epidemiological data reporting," the report read. "Such data streams paired with longitudinal data normalized to census numbers are critical components of a primary prevention program development and implementation."

While ADHD diagnoses have become dramatically more prevalent since the 1990s, the increase has often been conflated with an epidemic without evidence. In part, the increase is a natural progression as dismissive attitudes about mental illness started to abate. However, the actual number of people with ADHD, diagnosed or not, is simply not well understood.

"When we talk about an epidemic, we're talking about why you need a good reference point — to see how the trend actually changes over time," he responded when asked to clarify the use of the term. "It depends how you break the data down."