Trump Jr., Ben Shapiro and Steve Bannon ride on the back of Putin's war to speak out against LGBTQ+ inclusion 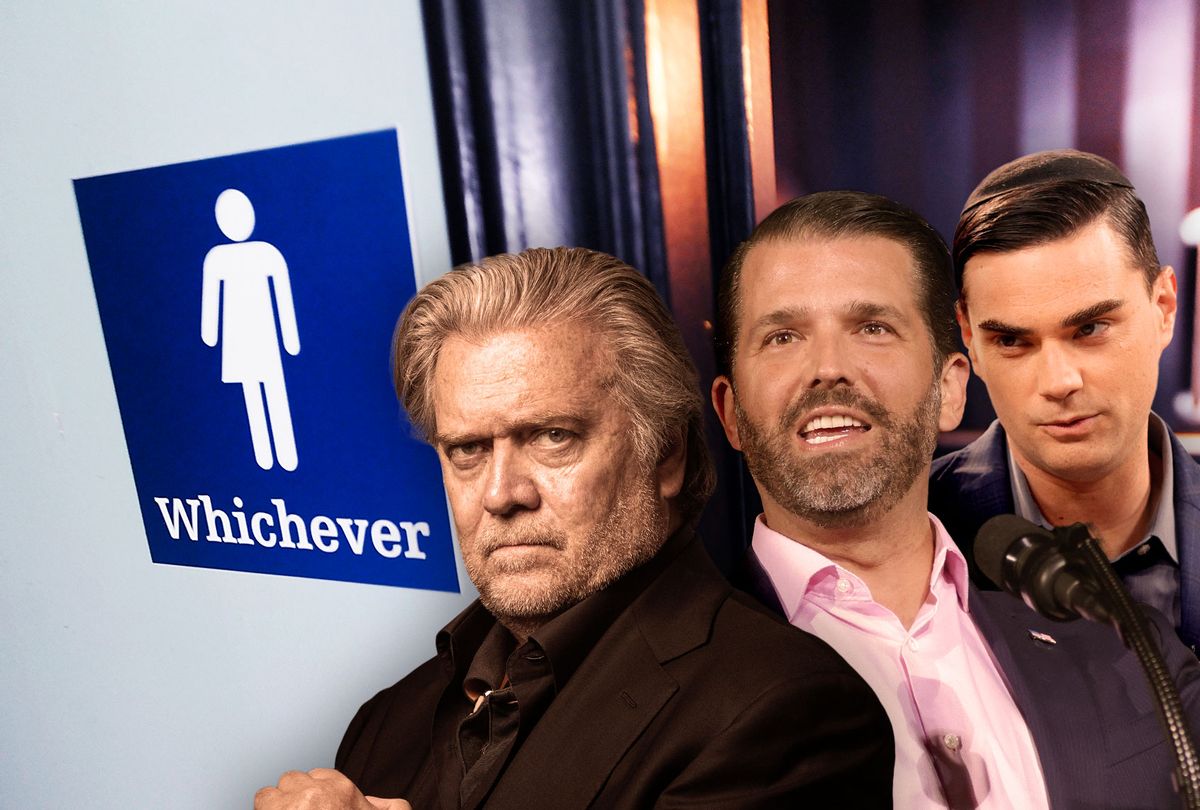 While anti-war protestors flood the streets throughout Russia, and Ukrainian citizens are conscripted to fight off a foreign invasion, Donald Trump Jr., Ben Shapiro, and Steve Bannon are using the attack on Ukraine as a springboard to voice their right-wing views on anti-LGBTQ+ inclusion in the U.S.

Russian President Vladimir Putin, who has been vocal in his anti-LGBTQ+ politics for years, is finding his opinions on the matter signal boosted by right-wing conservatives. Rather than touting Donald Trump's recycled "America First" ethos to diffuse a war already at hand, his eldest son is fueling further aggression and intolerance in the world.

On Thursday morning, Trump Jr. took to Twitter to say:

Last year, Putin revitalized his warpath beating down "Western liberalism." In a speech given at the annual meeting of the Valdai Discussion Club held at the Black Sea resort of Sochi said that Russia should stick to its own "spiritual values and historical traditions," according to coverage of the speech that year by The Washington Post. During that same speech, Putin went on to say that the idea of children being "taught that a boy can become a girl and vice versa" is monstrous and "on the verge of a crime against humanity."

Related: From Russia with hate: How Putin's anti-LGBT crackdown led to the persecution of gay men in Chechnya

Putin's views on the LGBTQ+ community, and his belief that the modern push towards inclusion and acceptance of those who shirk the social, sexual, and emotional confines of gender binary, have an audience here in America in the form of public-facing right-wingers like Trump Jr. and his peers. The strained consensus is that our nation's efforts to strengthen inclusion for the LGBTQ+ community make the U.S. in some way "weak" and a target for foreign aggresion.

Ben Shapiro was in the same mindset on Thursday morning when he shared his own views on the matter:

Steve Bannon, ex-advisor to former President Trump, preceded these statements by Shapiro and Trump Jr. during Wednesday's episode of his show "War Room." During the segment joined by Erik Prince, a private military contractor, Bannon said "Putin ain't woke. He is anti-woke." From there Bannon and Prince went on to have a lively exchange about bathroom policies.

Watch the "War Room" exchange below: