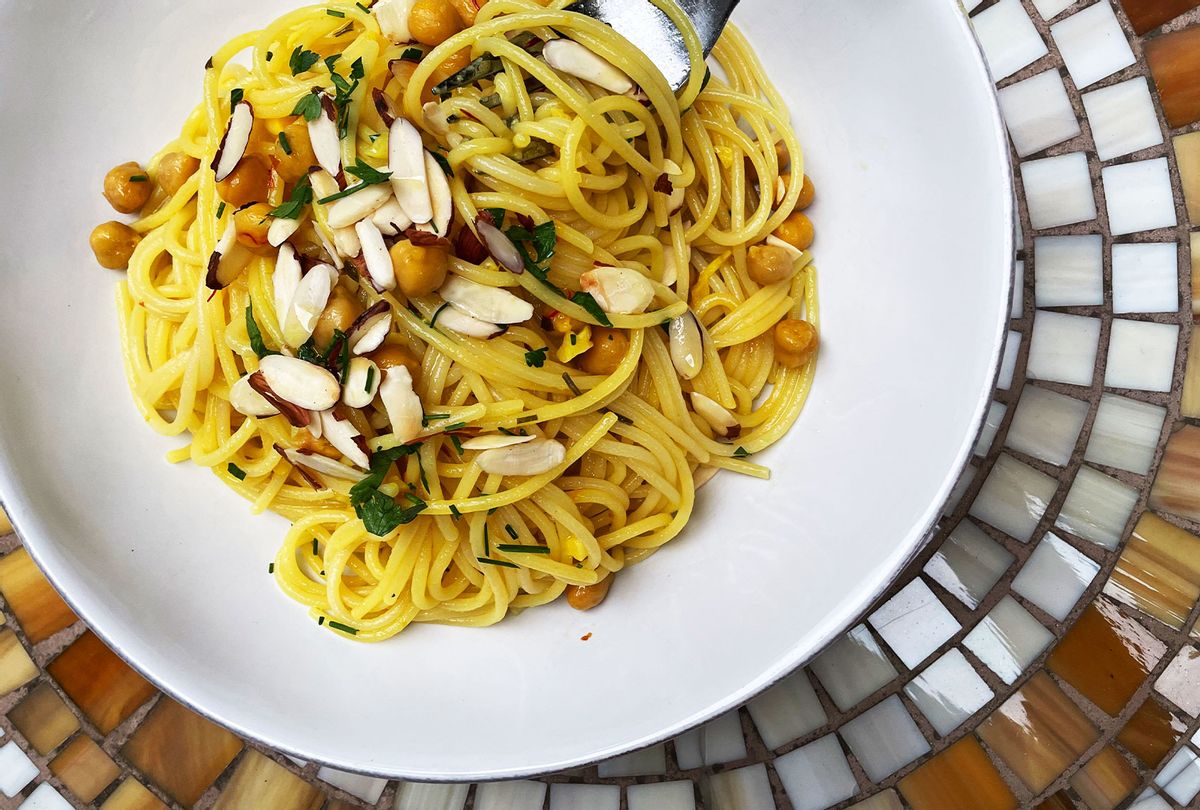 They say desperation is the mother of invention, right? Something like that.

In my case, a months-long drought of Spanish chorizo at the grocery store took me down a path of recipe tinkering that resulted in a vegan pasta dish that — dare I say it — makes me feel downright smug.

It all started at least a decade ago, when I stumbled upon this excellent 2007 recipe for spaghetti with chorizo and almonds from Epicurious. Spanish chorizo's beguiling subtlety shines when paired with such like-minded co-stars as garlic, dry white wine and floral saffron — then tossed with pasta and the welcomed heft of creamy chickpeas and toasted almonds.

The resulting dish is gorgeous and balanced — tinted orange from the rendered chorizo and saffron-tinged stock. It promptly joined my regular cooking rotation, where it deliciously remained until I could never seem to find Spanish chorizo at my local grocery store.

RELATED: My pasta, myself: Forging a home in New Mexico through Hatch green chile pasta

Mexican chorizo proved too strongly seasoned to work as a replacement; nor could I nail down a satisfying dry-cured pork substitute. So I instead leaned into the dish's other alluringly subtle components, most of which happen to be vegan. I subbed in vegetable stock for chicken broth — mainly because it's my preferred boxed stock where flavor is concerned. I subbed in lemon juice for the wine because I always have plenty of the former on hand. But over time, I appreciated its pronounced citrus tang, particularly for how it brightens that vintagey saffron.

The finished dish is elegantly understated and a textural delight. (See? There I go with the smugness.) I'm not entirely sure when the vegan version officially replaced the original in my monthly rotation. However, I can tell you that my self-righteousness transcends time.

1 14-ounce can chickpeas, rinsed and drained

½ cup chopped flat-leaf parsley, plus a handful more for garnish

½ cup slivered or sliced almonds, dry toasted in a skillet (save a tiny handful for garnish, please)