Although it is sad to know Pamela Adlon's show is ending, it reminds us that being alive means letting go 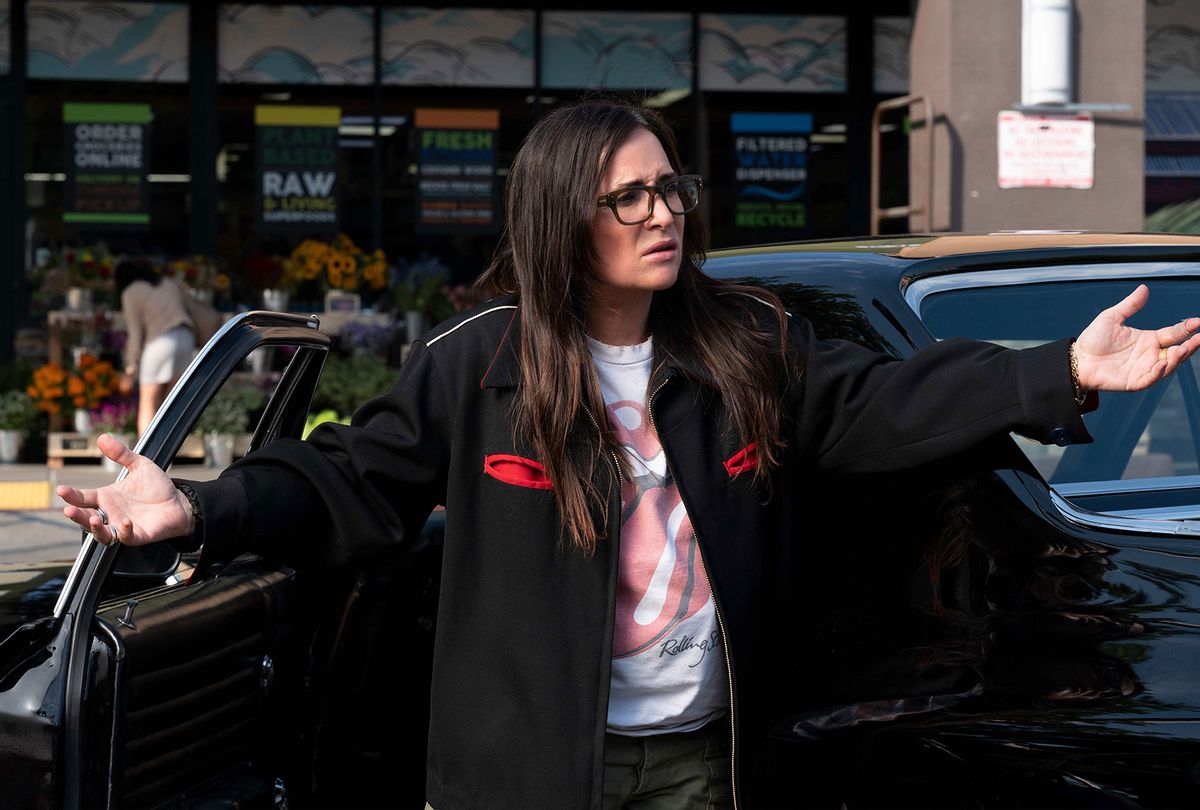 The final season of "Better Things" opens, appropriately, with a sequence of scenes set to the jaunty Monty Python number "The Galaxy Song," in which Eric Idle cheerily sings about the cosmic magic of our being.

"Whenever life gets you down, Mrs. Brown/ And things seem hard or tough/ And people are stupid, obnoxious or daft/And you feel that you've had quite eno-o-o-o-o-ough," it begins, eventually reminding listeners that each of us is but a tiny speck in a universe that keeps on expanding and expanding, "In all of the directions it can whiz." Mrs. Brown is all of us, in other words, but in these scenes the song's message has a special relevance to Sam Fox (the alter ego of series creator Pamela Adlon) and her oldest daughter Max (Mikey Madison).

Sam has reached a point where navigating changes in her family and career with a healthy dose of patience, along with an unhealthy habit of evasion and bushels of self-sacrifice, is second nature. But when Max confronts the first significant crisis of her life that she can't ask Sam to solve, or even tell her about, it's the surest sign that she's an adult now, too.

It's up to her to draw her own map in this wonderful, bewildering and often aggravating constellation of choice even though, as Sam reminds her, she can always move back home.

Since "Better Things" debuted in 2016 it has only expanded, and expanded, in its dual capacity as an immersive TV experience and comfort device.

Knowing its end is coming also led me to examine a habit recently entrenched in my own household: a reluctance or outright refusal to finish seasons of favorite shows – unless, of course, work requires me to do so. Most of us want to see where and how our favorite TV shows end, but seeing a story through to its finish means letting go of what's become a reliable consolation at a time when those seem to be vanishing.

In these years of unexpected and sorrowful goodbyes, the ability to delay ones that are within our control is a powerful impulse.

Adlon pokes at that concept vigorously in her last 10 episodes, each of which she directed, with a loose and gentle weave of stories that present letting go of what was as a chance to make room for what's next. This is clearest in her life, alongside those of her middle child Frankie (Hannah Riley) and her youngest Duke (Olivia Edward), who we first met as a precocious grade schooler and is now a teenager. 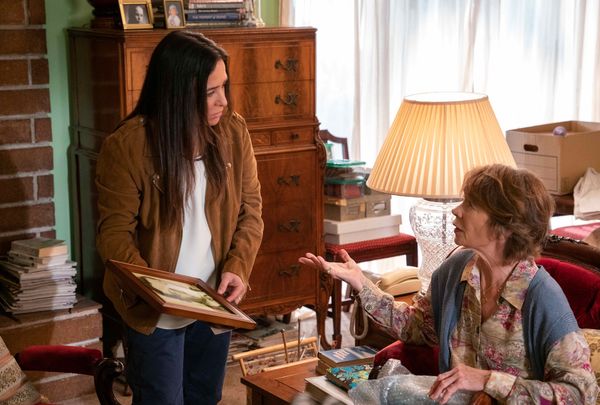 Pamela Adlon and Celia Imrie in "Better Things" (Suzanne Tenner/FX)But we also experience her mother Phil (Celia Imrie) tossing nostalgic artifacts out the window in ways Sam sees as inspirational, until she realizes Phil is also trashing family photos. She calls it ephemera, meaningless boxes; Sam points out that when you open one of those boxes, there's Phil's brother.

By now, this show's audience is used to Phil contradicting herself; in the same scene where she's casually willing to toss out family memories, she snaps at her daughter to leave a vase that looks like a future garage sale item.

Sam's accustomed to this too as a woman who rolls with whatever circumstances roll across her threshold, caring for Phil even when she does things that make Sam want to throttle her and raising her kids with a level of forbearance most parents couldn't countenance (but may wish they could).

Much of the transformation Sam undergoes in these episodes and the rest of the show comes via the usual small revelations, whether those have to do with Frankie's firmer notions of gender identity or Duke's blossoming sexuality under the influence of the digital age.

Never has the show abandoned what originally made it singularly wonderful, which is Adlon's portrayal of modern womanhood in its many shapes and stages.

"Better Things" is a dramatic comedy about life, which – as "The Galaxy Song" reminds us – can only be soft-scripted at best. But this final run travels a solid arc of releasing expectations about ourselves, other people, even our lineage, to lighten the load of moving forward.

A person doesn't watch the show so much as drop by Sam's big cozy house for a visit. That's truer than ever in this series' crowning season, one that also reminds us that Sam's family consists of a network of friends, her own and her children's, all of whom we'll miss – Tressa (Rebecca Metz), Sunny (Alysia Reiner) and her dearest confidante Rich, who helped her raise her kids (Diedrich Bader) most of all.

Equally as heartfelt is Sam's attempts to grapple with her various histories, both in the longer view and shorter ones. A "Finding Your Roots"-style session with her brother Marion (Kevin Pollak, closing out this role with a rich performance) opens a new way of understanding Phil to the both of them while resurfacing longstanding animosities. On all fronts, Sam is continually facing incorrect assumptions about herself and the people around her.

The genealogy session Marion dismisses makes Sam feel "we're a part of a greater chain of history and humanity, like the past and the future. It gives me confidence, somehow. Like I'm important and you are." Needless to say it takes each of them a few episodes to fully comprehend this.

"Better Things" navigates these arcs as a patchwork rather than a linear progression, since that's how life goes. Presenting each episode as a visit instead of a story makes the show feel more lifelike, accentuating the growth of Adlon's creative assuredness since she took the reins from the collaborator with whom she worked for the first two seasons.

This family's story isn't simply told in dialogue, but through cinematography centered in feeling. Every frame beams with a golden haze, and some of the most touching sequences are wordless assemblages of images – knickknacks in Sam's house or an antique store Duke visits, Max's expressionless face when she realizes a massive choice has been thrust upon her, rows of headstones at the Holllywood Forever cemetery, which has meaning for Sam but, to her children, is just another L.A. landmark.

More than ever, though, it trusts the audience's intimacy with who these people are by enabling them to grow. This is how we understand why the ordinarily open-minded Sam jokes away the discourse around gendered pronouns or becomes unmoored by suddenly losing things she counted on always being there.  She may be the accepting woman kids refer to as Mama Sam, but life is always presenting her with chances to realize how much she doesn't know.

Sam's identities as an ex-wife, sister and working woman come into sharper focus in these episodes as she enters a time in her acting career and her life where she realizes her best options will be the ones she makes.

Sam's life closely mirrors Adlon's, which adds a special layer of comedy to a moment when she turns down a real acting job for a chance to build her resume as a director; we can have faith that this will work for Sam because it has for Pamela

It will for us too, as these last looks at the extended Fox family remind us, following wisdom bestowed in the lovely show tune that leads us into it. "Remember, when you're feeling very small and insecure/ How amazingly unlikely is your birth," Idle sings, which is much in line with the "Better Things" way of laughing at the random fullness of the fortune that is our existence.

The first two episodes of "Better Things" premiere Monday, Feb. 28 at 10 p.m. on FX and are streaming on Hulu. Watch a trailer for it below, via YouTube.