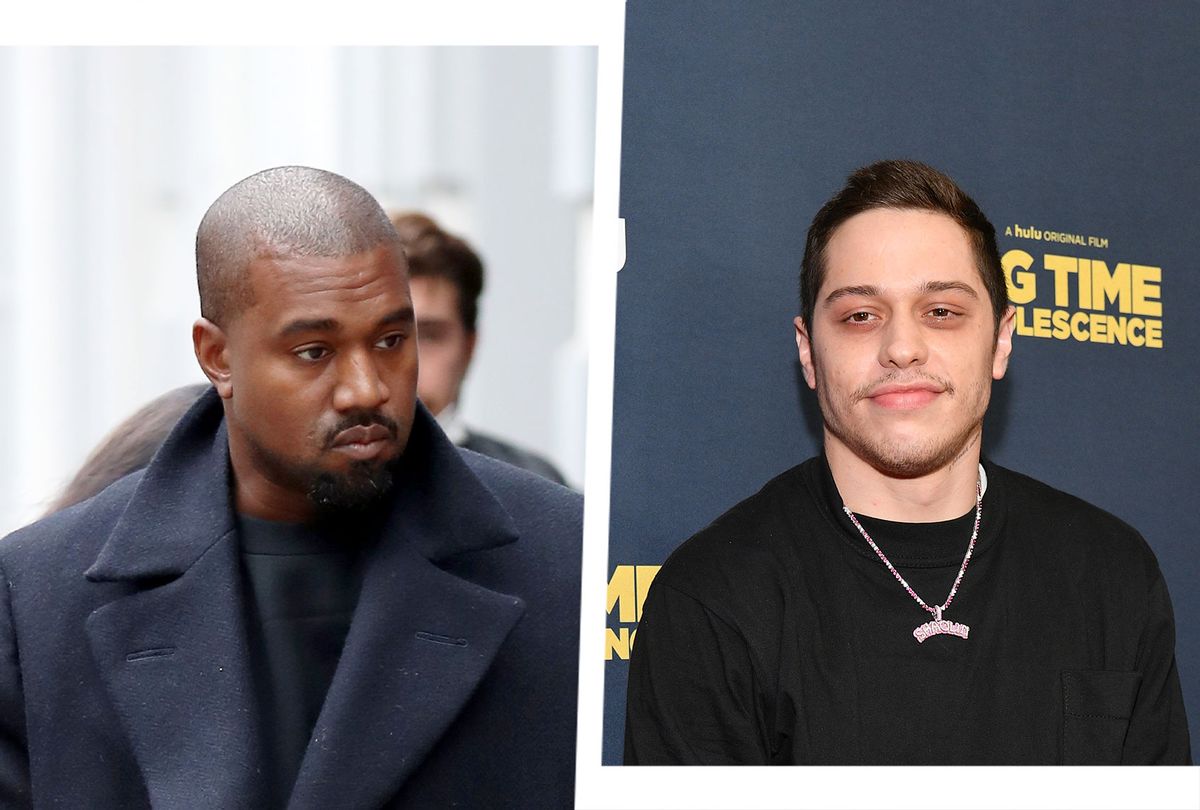 On Wednesday, the rapper released a new music video for his single "Eazy," in which an animated version of Ye is seen kidnapping and decapitating a person who bears a resemblance to Davidson. In a separate scene, the Davidson lookalike is buried alive and sprinkled with rose seeds, which grow out of his head by the end of the macabre video.

"God saved me from that crash, just so I can beat Pete Davidson's ass (who?)," Ye raps.

The video then closes out with a foreboding message directed at "Skete," which is a nickname Ye has used to address Davidson: "EVERYONE LIVED HAPPILY EVER AFTER / EXCEPT SKETE YOU KNOW WHO / JK HE'S FINE."

Ye's black-and-white music video, which also features rapper The Game, was released just a few hours after Kardashian was declared legally single during a bifurcation hearing on Tuesday. According to People, Kardashian first filed for divorce in 2021 while the couple endured struggles with their marriage and family life. At the time, the divorce was "amicable" and both Kardashian and Ye were "in agreement over joint legal and physical custody" and "nearing a settlement," a close source told the outlet.

But the resulting legal battle quickly grew difficult. The rapper frequently attacked Kardashian and claimed she was preventing him from seeing their children. Ye also threw jabs at Kardashian's family members on social media. The online tirades grew in intensity, both on Twitter and Instagram, when photos of Kardashian and Davidson circulated across social media.

Ye alludes to the divorce and Kardashian in the fourth verse of his song, rapping, "If we go to court, we'll go to court together/ Matter of fact, pick up your sis, we'll go to Kourt's together."

While many fans support West's video, seeing the graphic content as merely an artist working out disgruntled emotions much like Taylor Swift does with her lyrics, others are not so sure. Shortly after its release, the "Eazy" music video garnered backlash from those who saw the images as indicative of a dangerous mind and intent.

"Kanye West decapitating Pete Davidson in his new music video is absolutely disgusting and pathetic," one user tweeted. "The man's 44 and having a completely one-sided feud with this guy to this extreme, it's vile and so uncomfortable to witness unfold. He needs to be de-platformed like Trump."

Check out the music video below, via Kanye West's YouTube.