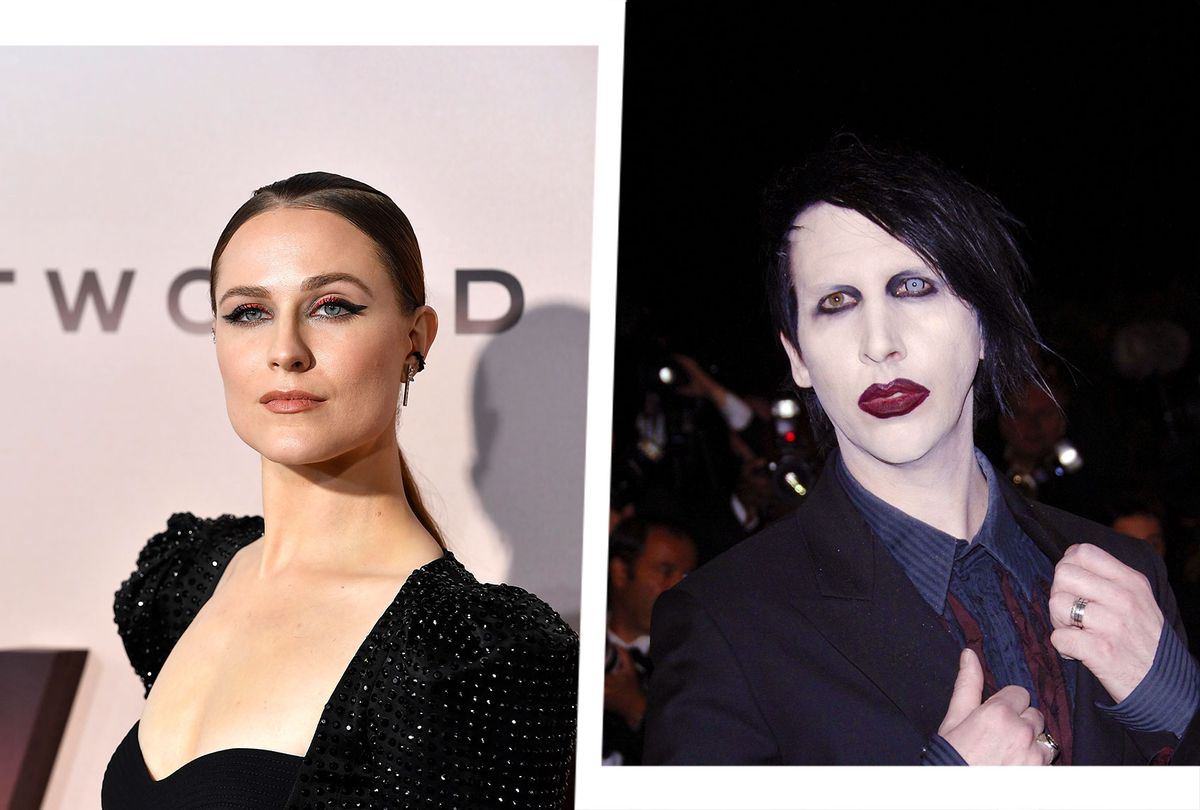 Marilyn Mansion is denying allegations of sexual abuse made by his former partner Evan Rachel Wood and instead, is placing the blame on her.

On Wednesday, Manson, whose legal name is Brian Hugh Warner, filed a defamation suit against Wood in the Los Angeles County Superior Court, alleging that she "publicly cast" him as a "rapist and abuser — a malicious falsehood that has derailed Warner's successful music, TV and film career."

Variety reported that Manson is also suing Ashley Gore, Wood's "on-and-off" romantic partner. Manson claims that the pair impersonated an FBI agent "by forging and distributing a fictitious letter from the agent" in an attempt to slander Manson's name. The court documents also state that Wood and Gore "made knowingly false statements" against Manson and allegedly "provided checklists and scripts" to Manson's accusers.

RELATED: The 2010s in feminism: Two steps forward and a big shove back

Manson has also requested a jury trial and is "alleging intentional infliction of emotional distress, violation of the Comprehensive Computer Data and Access Fraud Act and impersonation over the internet."

The recent filing arrived just a few weeks before the March 15 premiere of Wood's HBO documentary "Phoenix Rising" that initially made headlines out of Sundance in January. In the first part of her documentary, Wood claims that she was "essentially raped on camera" during the filming of Manson's 2007 music video "Heart-Shaped Glasses." Wood also says that she was fed absinthe on set and forced to have sex with Manson.

The lawsuit is unusual since many high-profile #MeToo accusers do not face legal retaliation like this. There have been a few exceptions, however. In 2021, Johnny Depp filed a defamation lawsuit against his ex-wife Amber Heard over a 2018 Washington Post op-ed, in which Heard wrote about sexual violence but didn't explicitly reveal Depp's name. People reported that Depp previously lost his libel lawsuit against a British tabloid that called him a "wife beater." A Virginia judge allowed Depp to continue with his suit but denied Heard's request to dismiss it.

Additionally, U.S. Senate candidate Roy Moore sued his accuser, Leigh Corfman, after she accused him of sexually molesting her when she was a teenager. According to NPR, Moore claimed he didn't know Corfman and stated that she "injured his reputation with false allegations meant to hurt him politically."

This isn't the first time Manson has denied abuse allegations made against him. In 2021, Wood officially named Manson as her abuser and revealed in an Instagram post that she had been groomed, manipulated and brainwashed by him. Manson responded to the claims, asserting that they were "horrible distortions of reality."

"The allegations made to the police were and are categorically denied by Mr. Warner and are either completely delusional or part of a calculated attempt to generate publicity . . . Any claim of sexual impropriety or imprisonment at that, or any other, time is false," Manson's attorney, Howard E. King, further clarified.