Why scientists still can't figure out how to intercept nuclear missiles

Technology has advanced greatly since the Cold War. Yet stopping a nuclear missile is still beyond engineers' grasp 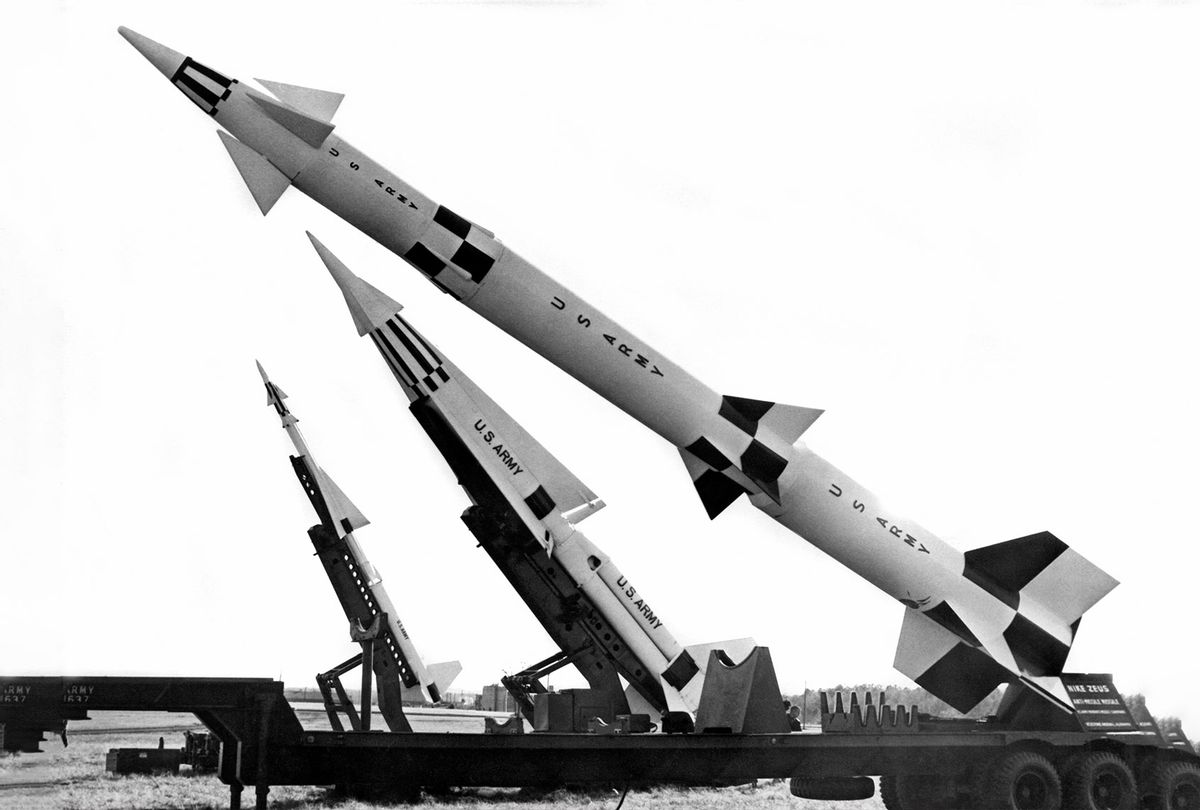 Amid the Russian invasion of Ukraine, the specter of nuclear war looms in the mind of the public in a manner unseen since the Cold War.

Indeed, as the international community slaps Russia with an array of restrictions and sanctions, it's hard to not jump to a worst-case nuclear scenario — particularly given that Russia commands the largest stockpile of nuclear weapons in the world. More alarmingly, Russian President Vladimir Putin recently put Russia's deterrence forces on high alert, which includes nuclear arms.

Many experts agree that this level of threat is unprecedented in the post-Cold War era. But given how far computers, drones, and laser technologies have come since the Cold War era, one might think that advanced technology could deter a nuclear weapon threat. Indeed, back in 1983, President Ronald Reagan announced the initiation of a program — derisively called "Star Wars" by critics — by which America could protect itself from ballistic strategic nuclear weapons from space.

Yet it's been 39 years since that announcement. So, are we there yet? In other words: if a foreign nation's military did, say, launch an intercontinental ballistic missile (ICBM) — meaning a missile with a minimum range of 5,500 kilometers — could the U.S. or another country block or intercept it?

Engineers have been grappling with this question for decades. Yet curiously, and despite monumental advances in physics, computing and A.I. in the past four decades, the engineering problem of missile interception has yet to be solved.

"There's no law of physics against the prospect of intercepting them, but the laws of physics make it extremely challenging — and create all of these constraints on how difficult it is to intercept it," James Wells, a professor of physics at the University of Michigan, told Salon.

But Wells noted that such a thing is certainly physically possible. "There's no theorem that says 'one cannot accomplish missile defense,'" he added.

Technically, the U.S. does have a defense ICBM missile system. It's called the Ground-based Midcourse Defense (GMD), and it's the only system currently deployed to defend the continental U.S., with 44 interceptors based in Alaska and California. Unfortunately, it probably doesn't work.

A recent study sponsored by the American Physical Society concluded the the GMD cannot be relied on to counter even a limited nuclear strike. The study specifically focused on ICBMs from North Korea, and determined the U.S. defense systems in place are unlikely to be reliable enough to guarantee the mission would be a success within the next 15 years.

Experts tell Salon that despite technological advances, as Wells noted, there are a few reasons why this is such a hard problem to solve, scientifically speaking. The primary reason is that it is simply extremely hard to intercept something so small (about a meter long) that is moving so fast (15,000 miles per hour) in such a short span of time. Not to mention that part of these warheads' trajectory occurs in space.

"It's a really very challenging task," Dr. Laura Grego, a Stanton Nuclear Security Fellow at MIT's Laboratory for Nuclear Security and Policy, told Salon. "One reason it's so hard is that the timescales of a nuclear armed ICBM attack are very short from launch until they land — it's going to be 30 or 40 minutes — your defense has to be ready and effective on those timescales." Likewise, as Grego noted, "because the stakes are so high, it really needs to work almost perfectly the first time."

Indeed, an ICBM's trajectory has three different phases: boost phase, midcourse phase, and terminal phase, all of which typically occur in less than an hour from launch to strike. Grego explained that engineers have long targeted the midcourse phase, when the ICBM is coasting after launch towards its destination, as an optimal time to intercept.

Grego said that ICBMs are, by design, hard to intercept. The warheads, of which there are multiples and which emerge from the cone of the missile, are "relative small," which makes it hard to attack. Some of these warheads might be decoys, and contain nothing. Likewise, the journey of the ICBM takes it through the vacuum of space — where, as Grego says, "you don't have air resistance or very little air resistance, so a light decoy isn't slowed down compared to a heavy warhead."

This makes it difficult to decipher which one is the actual warhead, and which one or ones are fake. Grego explained this is known as the "discrimination problem."

"You'd have to figure out what's the real warhead, what's the real threat and what are decoys," Grego said, noting that there are about 30 minutes allotted to figure that out. Another option would be to intercept all the decoys, but Grego said that may not be feasible in such a short time span.

But what about trying to intercept the ICBM during the boost phase, before the warhead and the decoys are deployed?

That window is extremely short, and therefore incredibly challenging to figure out how to intercept, Grego noted. In order to intercept the missile during this phase, the defender would have to be really close to the launch site to make it in time.

Wells added there is a concern that intercepting during the boost phase could detonate the warhead in a friendly territory.

"This is a famous 'shortfall problem,' as they call it — where you've intercepted it, but the warhead keeps going," Wells said. "There are significant problems and you really must make sure that you have neutralized the ICBM's capability to do damage, and that is an additional problem in the scenario."

Experts say it is not impossible to create a robust, reliable ICBM-stopping system — but it's certainly very challenging.

"The stakes are so high that you want to count on a system to be almost foolproof," Grego said. "You would want a system that you can rely on that would eliminate the death and destruction that a nuclear attack would have, and that's very difficult to do reliably."