Sebastian Stan on the twisted psyche of his "Fresh" role: "What he is seeking is a willing partner" 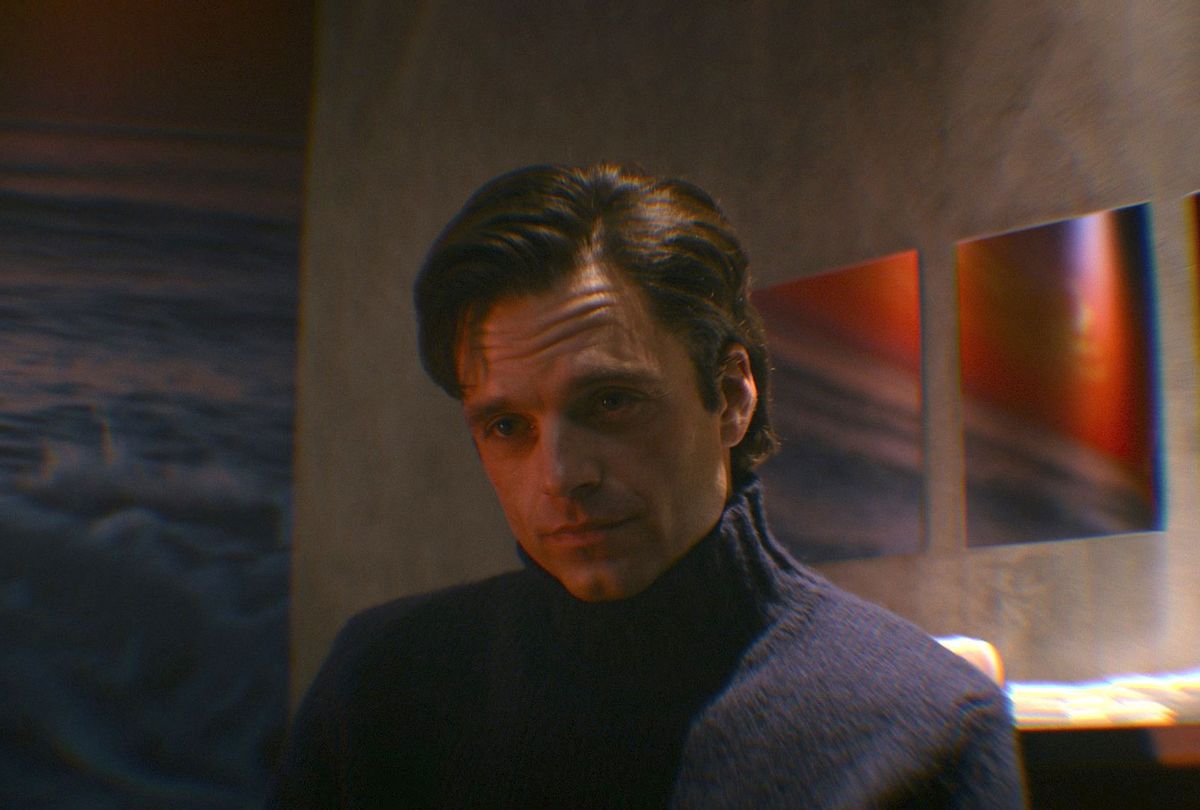 In Hulu's stylish thriller "Fresh," Noa (Daisy Edgar-Jones) meets Steve (Sebastian Stan), a charming reconstructive surgeon, over Cotton Candy grapes in a supermarket one night. They end up going out on a date a few days later and have a wonderful time. So wonderful, in fact, that Noa agrees to go away for the weekend with Steve. However, that night he reveals a secret that puts a damper on their budding relationship.

"Fresh" is about the horrors of modern dating, but to be clear, director Mimi Cave's debut is a horror film. And it depicts some pretty gruesome stuff in rather vivid ways. It is perhaps best for audiences to discover the gory details. Cave generates some real tension as Noa and Steve negotiate their relationship, which hits a few snags.

Stan and Edgar-Jones chatted with Salon about their new film, their worst dates, and said some things they probably don't want us to know.

Let's start with an icebreaker. What was your worst date ever?

Daisy Edgar-Jones: Me! Oh, Gosh. [Laughs] I'm trying to think. I haven't been on many dates, which is actually quite sad. There was one where it was my fault it was bad. I was trying to be quirky. I suggested we go watch "Puss in Boots," the "Shrek" spin-off, and we were way too old for that. We didn't go on a second date.

Stan: I've been lucky, or just not gone on a lot of dates. Or been on a date, and discovered mid-date, that it was a date.

Sebastian, Steve has charms, looks, and is very seductive. How did you lean into being smoothly sinister? I kept hoping that you aren't this guy.

Stan: There was a lot to the script that I felt was unpredictable, and when I was reading it, I kept getting mixed feelings about how to feel and particularly what was happening with Steve. I thought that was a good thing. You should have this weird ambivalence at times. The connection at the beginning between him and Noa has to land. It was trying to understand how much of that was a set up, and how much of it was true? The line gets blurry to some extent.

She's leaving a couple of other experiences behind and that make her vulnerable. But I envision Noa as being aware and intelligent, because those are the qualities that enable her. Because of their genuine connection, that made me wonder how much of this guise is he putting on, and how much truth is behind it? A lot of that makes him vulnerable to her in a way. 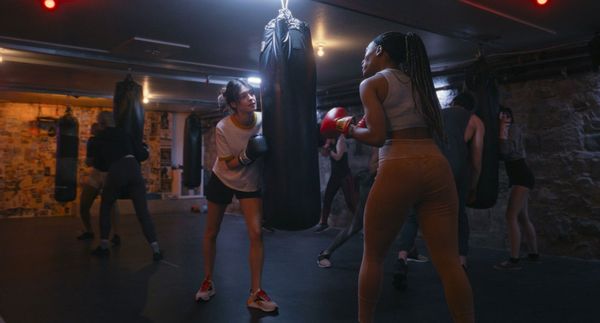 Daisy, Noa is vulnerable and yet, determined to survive. We root for you as we feel your pain. Can you talk about playing both the victim and the heroine? How did you calibrate your performance?

Edgar-Jones: I thought that was a really cool part of the film. When we first meet Noa, we might underestimate her. Given the situation she gets into, we might not think she can survive, but she discovers this real inner strength through this experience; perhaps she never knew she had that. I find that a curious thing — this coming-of-age. It is through her friendship with Penny (Andrea Bang) and the strength Mollie (Jojo T. Gibbs) gives her that she overcomes her situation. It was fun to play someone who didn't know who she was.

Sebastian, what is the appeal of this character? Steve is very different from your more noble work in "The Last Full Measure."

Stan: I did that film because I don't often get cast in those [hero] roles. I have something to do with that [image] and should take responsibility for that. I want to explore stories and characters that scare me or that make me uncomfortable or cause me to go research and learn something from. I think all life is complex and flawed, and all humans are, to some extent — obviously in this film, in an extreme way. It's just that duality that we all can fall for – and this movie shines a light on that – is attractive and scary, and unpacking that is interesting.

Daisy, do you think "Fresh" is feminist? I find it interesting that films like this and Julia Ducournau's "Raw" are made by women! The women in the film have agency, but they are abused physically and verbally. It shows the microaggressions and sexism women experience with dating and in life in general.

Edgar-Jones: The fact that it is a story where women save themselves, is a celebration of female friendship you don't often see on screen. The true love story of the film is between Mollie and Noa and their collective experience. They give each other the agency to overcome their situation. When Mollie says about [another female character in the film], "It's women like you who are the problem," that is because there are so many women who stand by and enable toxic behavior instead of working together to pull each other up. I love that aspect of it, and that female filmmakers are excited to take this genre and tropes that we are used to seeing and tell them from a different angle is really exciting. 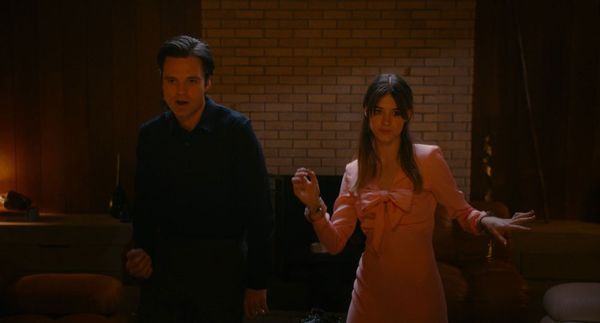 Sebastian Stan and Daisy Edgar-Jones in "Fresh" (Searchlight Pictures)Can you both talk about playing the more physical scenes?

Stan: I think the goal was to keep it as grounded as possible. There is humor in the film, and an awareness to the film as well. But that also meant grounding the violence and make it plausible. How would you react in that situation — what would you do? Daisy runs through 17 emotions, a range of disbelief and anger to how is this happening, to denial and eventual acceptance of some sort and then, on the other hand, they are both injured in various ways. It can't be a full-blown, fast and furious fight scene.

Edgar-Jones: That fight scene with Steve is so brilliantly done because it is so scrappy and messy. None of them have been in this situation before. It was so chaotic and that was fun trying to plot injuries and the stages of healing. That was a challenge for sure.

The film has a metaphor that you give yourself over to someone completely. How do you read the film's allegory?

Stan: Wrapping my mind around that was very difficult but in context and looking at our story, and the connection between Steve and Noa in the film, what ultimately would make Steve ultimately vulnerable to her? He's been successful at this for a while. This particular woman cuts through that and sets him off balance. What was it about Noa? What was the connection? Every audience member is going to have a different view of it. I think, to some extent, that she understands that what he is seeking is a willing partner. That is the psychology that allows her to break out.

Edgar-Jones: She sees that is his weak spot and manages to manipulate him with that — it's her quick thinking — and that's how she convinces him [to trust her]. The allegory on the way we consume women in society is interesting and that we can be commodities and stripped down to our physical worth and nothing deeper.

Stan: And the entitlement on the men's part, and the expectation. A lot of it has to with our upbringing in a societal narrative that has been told for far too long. This blind idealism of "I'm the knight in shining armor, so I can get away with things." It flips that on its head. I responded to that. I think that's a flawed narrative, the idea of wrapping things up in a bow. Don't get me wrong, I love romantic comedies, so it's not to take away from that at all. We need rom-coms for hope — but at the same time as we have hope, we should also have other stories, that continue to challenge, that offer another perspective, so we don't just get one version of things.

To ask a question asked in the film: Can you tell me something you don't want me to know?

Edgar-Jones: [Laughs] I like what you did there! Oh, my goodness. If I told you, I'd have to kill you.

Stan: None of us put on deodorant this morning and we're quietly regretting it. Ok? That actually came from me asking someone I was into one time that question. Again, we put such versions of ourselves forward at the beginning. What don't I want you to know? I have fasted all day and I'm not sure why. I just realized I haven't eaten anything. I'm just thinking of having this great banana almond butter honey sandwich. I just didn't want to appear hungry, but I am.

Edgar-Jones: I did just eat a Snickers. [brandishes wrapper and smiles].

Are you a vegetarian, or were you during the film?

Stan: Ironically, during the film I didn't really eat meat and I didn't for a while after the film.

"Fresh" is now available on Hulu. Watch a trailer for it below, via YouTube.

More stories to check out