"I do not want anyone to mistake a lack of a statement for a lack of support," Chapek says in an internal memo 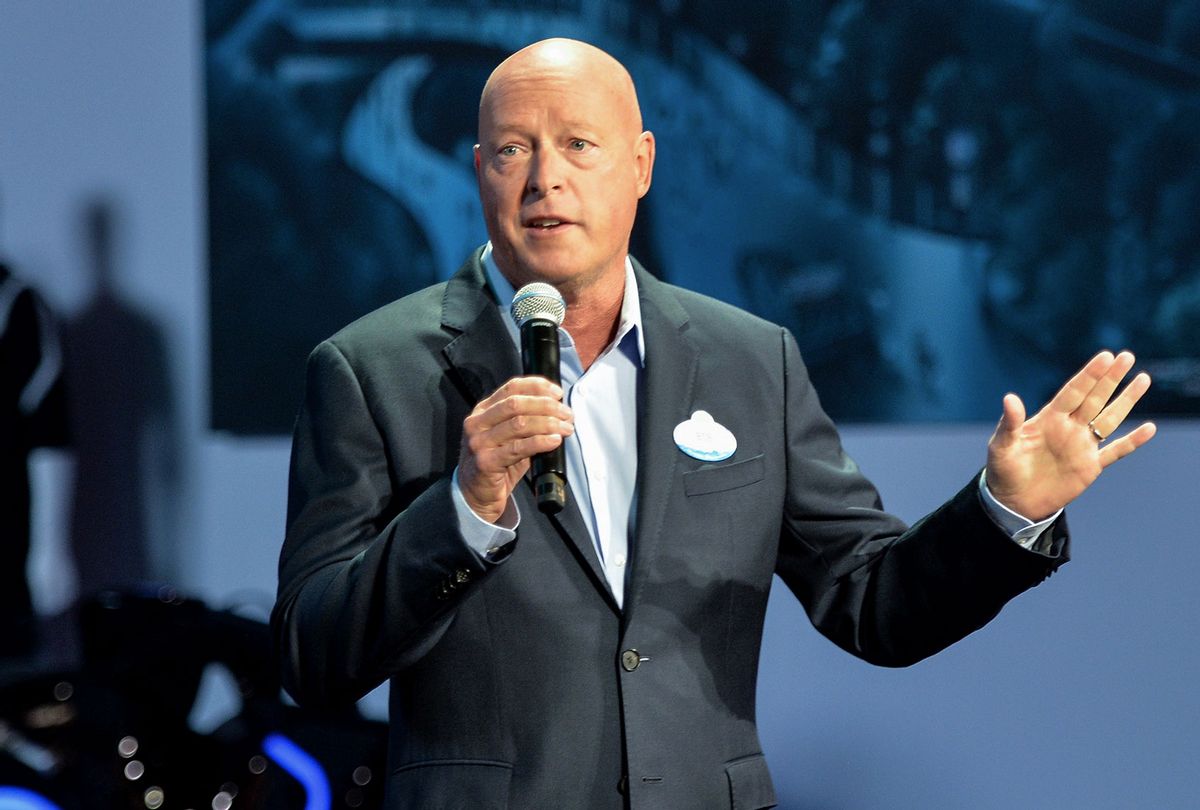 Though Bob Chapek finally broke his silence on Florida's controversial "Don't Say Gay" bill, what he didn't say sparked further backlash. The CEO of the Walt Disney Company told staffers on Monday that he was "committed to creating a more inclusive company," but he stopped short of publicly condemning the legislation.

"[W]hile not perfect, our company has a long history of supporting the LGBTQ+ community — and in fact, has played an important role in the personal journeys of so many of our employees," Chapek wrote in an internal memo, which was obtained by Deadline. "I want to be crystal clear: I and the entire leadership team unequivocally stand in support of our LGBTQ+ employees, their families, and their communities. And, we are committed to creating a more inclusive company — and world. I understand that the very need to reiterate that commitment means we still have more work to do."

Chapek once again declined to take a public stance on the legislation, which prohibits "classroom discussion about sexual orientation or gender identity" in schools. As Salon's Amanda Marcotte wrote, it also includes "language clearly meant to force educators to report any kids suspected of being LGBTQ to their parents."

The CEO also didn't answer calls to pause political contributions to legislators who supported the bill. The Orlando Sentinel earlier reported that Disney had funded all of the sponsors and co-sponsors of the legislation, including Dennis Baxley. In the past, the Republican reportedly said that he "simply can't affirm homosexuality."

"I don't hate anybody. I don't want to discriminate against anybody," Baxley said in 2015. "I'm not phobic, but I simply can't affirm homosexuality. My compass won't go there, knowing what I know biblically."

RELATED: Bernie Sanders to Disney CEO: Be a real hero and share "Avengers" profits with workers

In an apparent defense of his "tactics," Chapek called corporate advocacy as a whole into question, asserting that statements "do very little to change outcomes or minds."

"I do not want anyone to mistake a lack of a statement for a lack of support. We all share the same goal of a more tolerant, respectful world. Where we may differ is in the tactics to get there," Chapek added. "And because this struggle is much bigger than any one bill in any one state, I believe the best way for our company to bring about lasting change is through the inspiring content we produce, the welcoming culture we create, and the diverse community organizations we support."

Disney, for its part, employees thousands of workers in the Sunshine State. The company has "close to 80,000 employees in Florida as it continues to move most of its Southern California-based jobs not fully dedicated to Disneyland in its Parks, Experiences and Products Division to a new regional facility in central Florida," Dominic Patten reported for Deadline.

Former Disney CEO Bob Iger recently expressed his public disapproval of the bill, tweeting that it would "put vulnerable, young LGBTQ people in jeopardy." But Chapek has refused to do the same, a move which has drawn increasing blowback in recent days.

Abigail Disney, a documentary filmmaker and member of the Disney family, expressed her disapproval on Twitter.

"I could not be more unhappy with their political activities, both in terms of whom they fund and how they lobby," Disney said of the company last week. "I would strongly support a law to require all corporations to reveal ALL of their funding and lobbying moves."

"Don't know the guy, but based on that internal email, what a complete fool," Burnett wrote in a Twitter thread. "You play right into the right wing's hand when you accept that LGBTQ+ rights are a political issue.  They're not.  They're basic human rights."

"Acknowledging the EXISTENCE of gender identity and sexual orientation is not a political issue," the writer continued. "It's reality, and to deny it, or endanger those who belong to those communities... it's unconscionable."

Brock Powell, a voice actor whose credits on IMDB include numerous Disney titles, said he was broken.

"Never been quiet about my love of Disney over the years but being loud about my own identity as a queer human took YEARS," Powell wrote alongside the hashtag #DisneySayGay. "Breaks me in pieces that a company that literally pays me to speak is paying to keep me silent by funding puritanical Anti-LGBTQIA+ politicians."