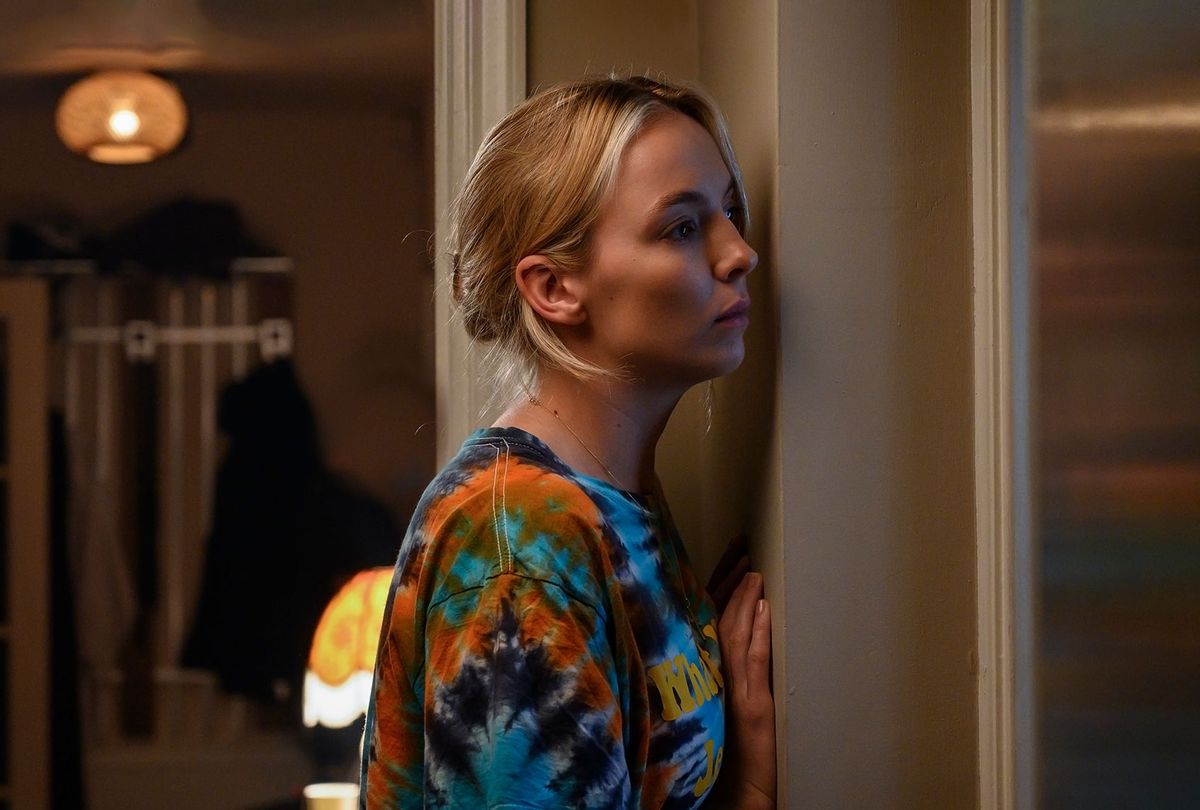 Everyone loves an onscreen assassin: how cool they are, how capable. How quickly they get away and how effortless they make ending a life look, generally while clad in black leather or formalwear and uttering one-liners. From James Bond to Jason Bourne, TV and film portrayals usually present those characters who kill for work as nonchalant and aloofly awesome.

Enter Villanelle of "Killing Eve." She's casual in her killing, like the rest of them. But the anti-heroine of the BBC America and AMC+ show has another element in her arsenal, as lethal as the stabby hairpin she has used to dispatch a target or two: She's lovable.

Now in its fourth season, "Killing Eve" follows two main women: Eve (Sandra Oh), an intelligence officer in the United Kingdom who has a passion for researching female assassins — and has found a new one. And Villanelle (Jodie Comer), the Jean Valjean to Eve's Javert, a hired assassin who might be in love with Eve. (OK, more than "might.")

The obsession is mutual.

Villanelle is presented by the show as a psychopath (but Eve might have tendencies too); and at first, Eve's attraction to Villanelle feeds the killer's outsized ego. She wants to impress Eve. It's flattering to Villanelle that Eve is so interested in her.

But face it, Villanelle is interesting. As a woman, she's a rarity in the assassin world that so enthralls Eve, perhaps for more than simply professional reasons. Villanelle is also young, blond and traditionally beautiful, though she twists her beauty to her advantage, using it to gain entry and trust and often hiding herself in elaborate disguises (the pink maid outfit with the pig mask was a personal favorite).

Assassins and spies use their looks to kill, from La Femme Nikita to Lorraine Broughton of "Atomic Blonde." A key part of the training for deeply-embedded Soviet spies Philip and Elizabeth Jennings in "The Americans" is learning to deal with sexpionage: having sex with targets in order to gain trust, information or to have an opportunity to terminate them. For Elizabeth, her KGB training leads to the trauma of a darker and real-life military issue: rape.

Because of her experiences, because of her job and her commitment to her native country, because of who she is, Elizabeth (Keri Russell) was always cool as a character. One of the many joys of "The Americans" was watching Russell, to see what stone-cold boss move Elizabeth would do each week — how she would shut Philip down or say a line like "If you knew how tired I was, you wouldn't still be talking" or "I'm sorry I didn't kill you. That's my apology," ice shooting from her eyes.

Elizabeth makes Villanelle look like a kindergarten teacher. While Elizabeth commits wrongdoings because she believes they are noble and right, Villanelle does not seem to know right from wrong. And while Villanelle has the coolness necessary to kill in the moment (and there are many moments), she also exudes warmth. Something that differentiates Villanelle from decades of assassins on screen is that, in many regards, she's innocent.

She's certainly immature, from tripping a woman to spilling a child's ice cream purposefully; to fogging up a car window with her breath, writing HELP on it and making faces at passing cars while riding with her longtime handler, Konstantin (Kim Bodnia).

Villanelle's most impish moments often come with Konstantin, running a blender to drown out his lecture, insisting that he lift her when she gleefully makes him dance with her. She becomes a child in the presence of the person who is most like a father to her. A family is something Villanelle didn't get to have for long, as we saw in season 3, and she may have inherited her psychopathy from her cruel mother.

In that season, Villanelle also briefly kidnaps her handler's child, who, being a tween, seems to be on an equal emotional maturity level with Villanelle. "You're mine," Villanelle says to Eve like a preschooler with a shiny new toy—and she doesn't take kindly to Eve rejecting this absolute.

Villanelle's immature reactions are on par with someone whose empathy is underdeveloped. But mostly, psychopaths are presented on the screen as only terrifying. ("American Psycho," anyone?) More than simply charming, Villanelle seems to be truly … kind of fun? The manic pixie death girl who is gleeful, funny, loves glamour and adventure and also could end you at any time.

"This would be a really bad way to go," she says to Konstantin, laughing as she jumps up and down while they're in a tram high above open water. She's wearing a party dress at the time. Villanelle often is, her most stunning outfit — in a show with stunner after stunner — a hot pink tulle confection paired with combat boots, like a kid on her birthday.

She eschews the black leather edginess or evening wear elegance of the traditional fictional assassin for bright colors, wild prints, fun outfits that often read as young. A suit with a pattern of horses, a fuzzy faux fur jacket that looks stolen from a teen, too-small cartoon PJs that actually were taken from a child.

The way Villanelle dresses reflects the way she regards the world, despite what it has done to her and what it has made her into starting at a very young age. She is still amazed by it.

Visiting her family at home in Russia for the first time in many years, Villanelle's competitive spirit takes over at a local festival. She enters — and wins — multiple contests for skills utterly new to her, including a shell game and dung throwing. Villanelle wants to learn things and she aches to be accepted.

Perhaps it's unsurprising that in season four, she's joined a religious group — and not simply joined, but moved in with the pastor's family. When Villanelle goes in, she goes all in. How much of this is her desire to disappear — and how much is her desire to belong?

She's a cold-blooded killer who is kinda naïve. She's really good at killing. But not good at anything else. When she grabs the microphone to make a speech on a bus trip with the church, you groan. Because you know it's going to be so embarrassing. But Villanelle is not going to care, even to notice her awkwardness, which Comer plays to perfection. She has a psychopath's ego and an assassin's skill, but she has a blundering way of being alive.

And sometimes, she's not even the best at this whole assassin business. Some of her outfits, as charming and creative as they are, don't have the desired effect. She doesn't blend. Compare Elizabeth disappearing into permed wigs and Coke bottle glasses to Villanelle waiting for a teacher outside a school. She slicks her hair back, wears high-waisted khakis, a white-button down, a tie and sweater knotted over her shoulders, yacht-style. She looks great, but does not pass as … whatever she's supposed to pass as (a schoolboy?). She looks too great. She stands out.

It's easy to imagine Villanelle's line of thinking. It's simplistic, often in black or white. Eve is hers or not. Someone is good or bad. Nothing exists in the gray area that actually comprises most of life. She thinks and reacts starkly. "Imagine he's a log!" she screams at Eve, encouraging the woman to use an axe to strike a man who has attacked them. It works.

Stunted, Villanelle goes through life using childlike logic, running on basic instinct. She hasn't had her basic needs met. That, along with doing her job, and sometimes seeking vengeance, is what drives her. But it's not enough.

Part of what makes Villanelle sympathetic is the wounded child in her eyes. She does terrible things but seems not to know any better. And not to have better. Last season, in meeting Villanelle's family, we learned the roots of what might have made her. This season so far, we're watching her try and try again to capture, in all the wrong places, that unmet need: love.

"I really liked you," she says simply after Eve stabs her in the finale of season 1. Against our better judgment, we really like Villanelle too.