"Killing Eve" is back, and misses its calling — despite faint echoes of its past seduction 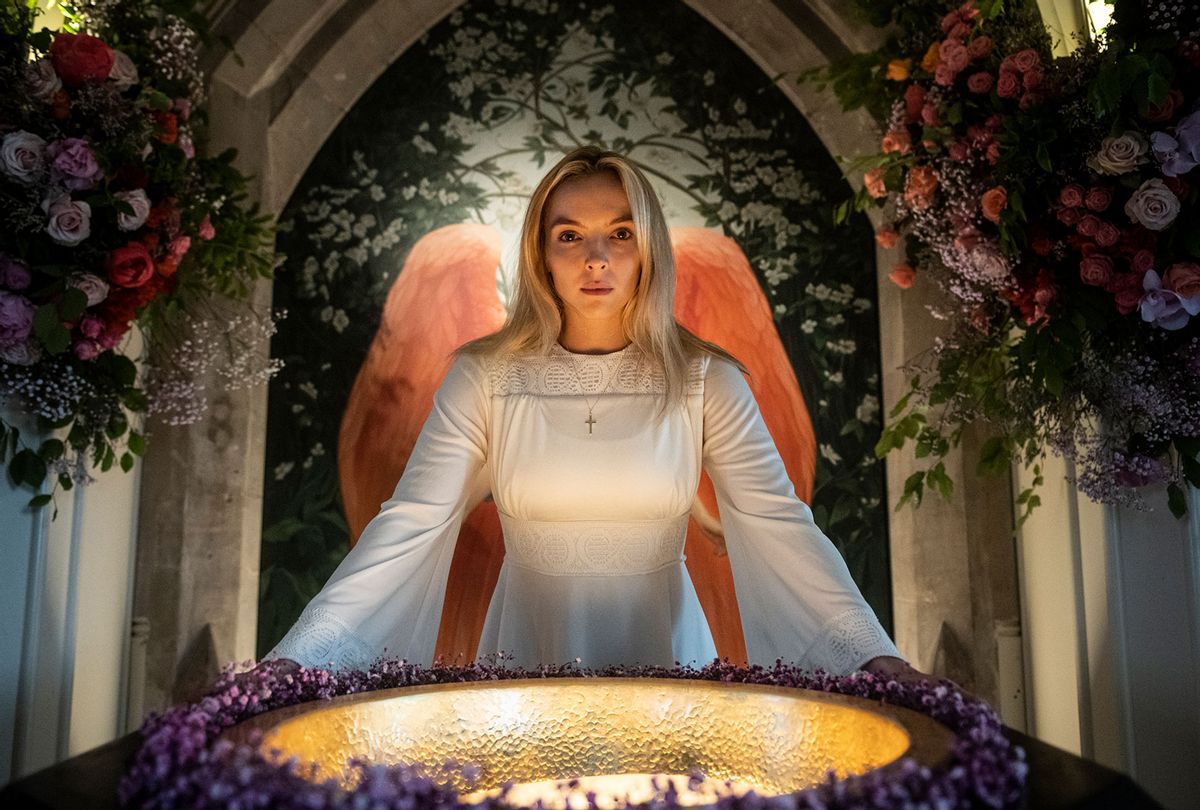 "Killing Eve" is a provocative case of a series that has fallen prey to its central assets. This doesn't expressly refer to the monumental chemistry Sandra Oh and Jodie Comer share as Eve Polastri, a one-time spy for MI6, and Villanelle, the assassin who burns for her. When the show first exploded into the world it was enough to luxuriate in their strange attraction to one another.

Villanelle, an elegant assassin, excelled in her profession by being invisible; Eve's invisibility as a pencil-pusher at MI5 made it easy for her peers to ignore her. Each woman yearned to be seen and thrilled at being discovered by the other. Villanelle murdered people, even one of Eve's co-workers who was like family to her. But the pull between these women overcame all that and more.

Their relationship birthed some unnamed other sensation, something alluring and sinister that propelled the show to a point. But as it enters its fourth and final season, even that usual yearning isn't quite enough to elevate the show's mission beyond that of a typical conspiracy-driven spy game.

Flawed though the show may be at this point, Oh and Comer remain one of the better double acts on TV, with each just as solid and enjoyable to watch on their own. Oh's Eve is also much transformed from the first season, honed to a knife point by her frustration and a sensuality Villanelle brings out in her.

She's also returned to field work in these final episodes, which find her freed from a marriage that Villanelle destroyed, working in private security and enjoying trysts with her hot co-worker Yusuf (Robert Gilbert). Any f**ks she might have been growing in her emotional fields have long since dried up.

Villanelle, by appearances, tries to head in an entirely different direction as she hinted at the end of the third season, when she professed to have grown tired of killing. These new episodes find her born again and taking a prominent place in a church community. It makes no sense, but in her world, not much does . . . except for murder. 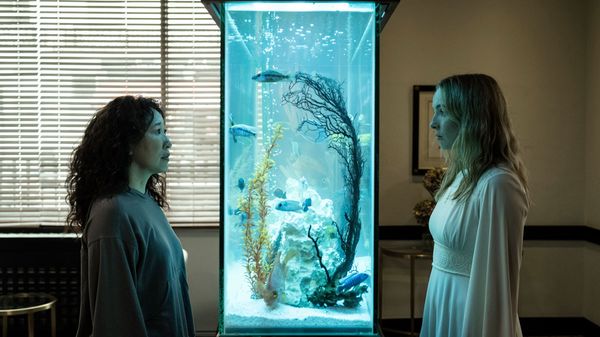 BBC America shared a long list of "do not reveal" points with critics, limiting our ability to engage in explicit discussion about the direction this season takes. Nothing forbids mentioning the part of the series that has derailed the development what made "Killing Eve" such a unique vision, which was its exploration of how three women – Eve, Villanelle, and Eve's icy boss Carolyn (Fiona Shaw) – work together, whether as allies or adversaries, to defy patriarchal environments intent on hemming them in.

Instead the show is obligated to follow Eve and Carolyn's rampage against the all-powerful international cabal known as The Twelve to its conclusion, occasionally visiting the passion these women still hold for each other by way of intermittent interludes and the occasional violent outburst.

All worthwhile series are obligated to evolve around and beyond its central relationship. This one has done that by constructing a ladder of out of loss and revenge in a medium that calls for the more elaborate structure of scaffolding. Carolyn and Eve have both lost loved ones, motivating them to take aim at the head of this beast that's made their lives hell. Konstantin (Kim Bodnia), survivor that he is, doesn't seem to be on anyone's side but his own.

Villanelle is merely tired and angry at having been herded into a life of killing. Resurfacing her as a holy roller makes very little sense beyond exploring its absurdist potential, however. Even this asks us to ignore the fact that Comer's killer took lives for sport as often as she did for pay. When she reconnects with Eve, the former spy would very much rather that her former obsession remains in the past while Villanelle purports to want to earn her love through genuine divine contrition.

The banter and the performances are still excellent and entertaining enough to distract from a sprawl that's still global but fails to register the bold, lurid memories it was once capable of spinning. The fashion is still on point, and the show's top-notch casting brings Anjana Vasan into the fold, though her introduction contains little of the revelatory spark that set alight her performance in "We Are Lady Parts."

Part of the problem may rest in the series' signature practice of switching up showrunners between seasons: Phoebe Waller-Bridge handed the reins to Emerald Fennell, a friend and fellow writer with similar sensibilities, for season two. Suzanne Heathcote's assumption of the role in the third season made the show's distancing from its magnetic north more apparent; now, with Laura Neal at the helm, these early episodes feel like more like an approximation of what was than a natural growth out of the previous season's action.

Regardless of its fading luster, plenty of viewers remain invested in "Killing Eve," and Neal has written for truly wonderful series like "Secret Diary of a Call Girl" and "Sex Education." For them, enjoying the idea of "Killing Eve" may be enough — that, and the weekly couture parades, one part of the show that hasn't lost its magic or ability to seduce, and savor what remains of the killer approximation of romance that Eve and Villanelle shared.

Once, it defied us to look away. Now, like a love gone cold, we may feel more obligated to see it through rather than be moved.