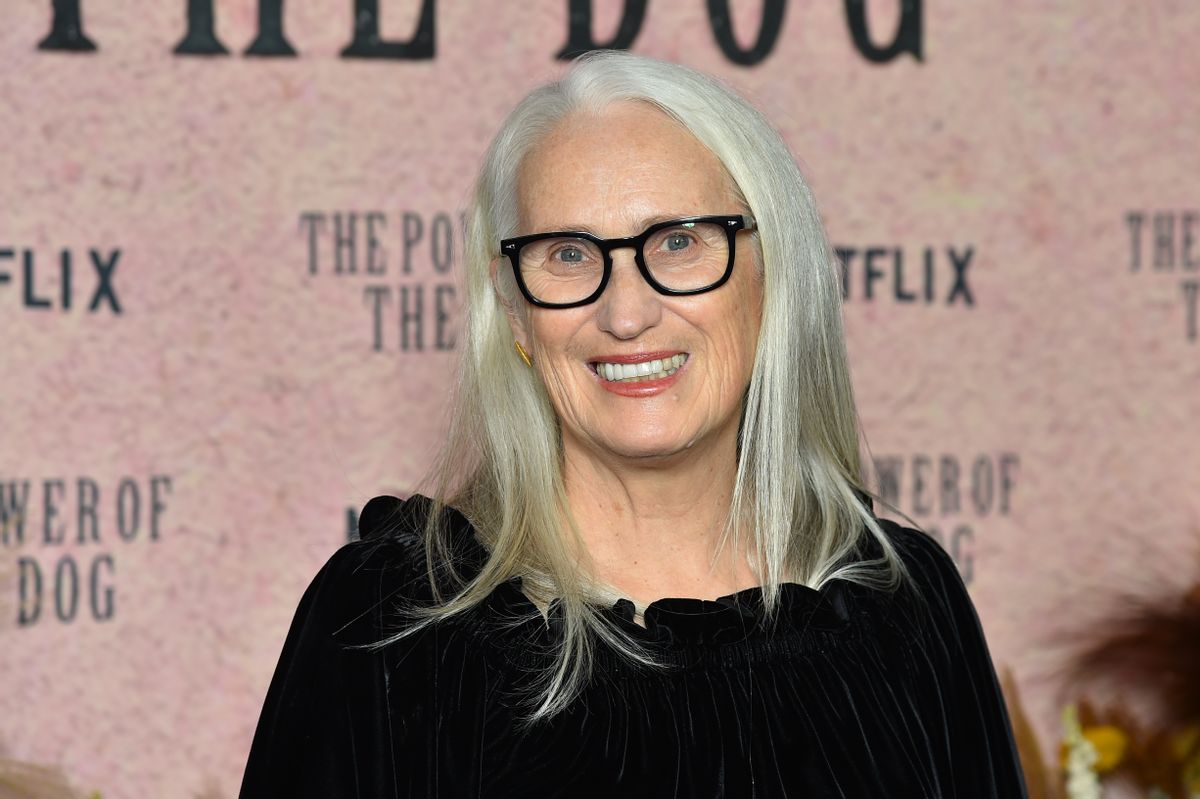 Director Jane Campion attends the "The Power OF The Dog" Premiere at Cinema UGC Normandie on October 18, 2021 in Paris, France. (Stephane Cardinale - Corbis/Corbis via Getty Images)
--

Popularity was on Jane Campion's side this weekend . . . until it wasn't.

The Kiwi director of "The Power of the Dog" had previously received praise for her stunning Western film starring Benedict Cumberbatch and for how she had handled criticism about the film's authenticity. But that goodwill came to an end Sunday when she veered off topic during her Critics Choice Awards acceptance speech for best director.

For some reason she turned her attention to the subjects of fellow best picture nominee "King Richard," a biographical film about Richard Williams, the famed father and tennis coach of the Williams sisters. After joking that she'd enjoy tennis lessons from Will Smith, who plays the title role in the film, she then addressed tennis stars Venus and Serena Williams themselves, who acted as the film's executive producers and were in the audience.

"Venus and Serena, you're such marvels," she said, before then putting her foot in her mouth. "However, you don't play against the guys, like I have to."

The remark earned Campion a few awkward laughs and cheers in the moment. The Williams sisters very wisely schooled their expressions to not show overt outrage, but that hasn't stopped the internet from sharing Venus' forced smile as a meme.

Campion's speech quickly received backlash for the insinuation that her hardships as a white woman in Hollywood are greater than those faced by the sisters.

"White women centring themselves over Black women is so normalized," tweeted women's rights activist and political commentator Dr. Shola Mos-Shogbamimu. "Jane Campion served Serena and Venus a backhand with her full chest. This was so unnecessary, petty & ugly. She couldn't achieve what they have with barriers faced in White Male dominated tennis sport."

"Jane Campion demonstrates that she's unfamiliar with Mixed Doubles tennis or the fact that Venus and Serena struggled against racism and sexism their whole careers," one user wrote. Another user highlighted a recent incident where Serena Williams was misidentified and miscaptioned by the New York Times, once again stressing that Campion's "struggles" are not comparable.

Gene Farris, a digital sports editor at the Chicago Sun-Times, called out Campion's "arrogance and ignorance," stating that "anyone who knows anything about Venus and Serena's careers wouldn't think to utter something this stupid and insulting."

On Monday, Campion issued a formal apology to Venus and Serena Williams, per The Hollywood Reporter:

"I made a thoughtless comment equating what I do in the film world with all that Serena Williams and Venus Williams have achieved. I did not intend to devalue these two legendary Black women and world-class athletes. The fact is the Williams sisters have, actually, squared off against men on the court (and off), and they have both raised the bar and opened doors for what is possible for women in this world. The last thing I would ever want to do is minimize remarkable women. I love Serena and Venus. Their accomplishments are titanic and inspiring. Serena and Venus, I apologize and completely celebrate you."

While Campion's apology appears geunine, her earlier remark just highlights the ongoing need to understand the inequalities of intersectionalism, and that as a white woman with power who has a platform, she most likely has benefitted from privileges along the way.

Other critics pointed out that Campion, who is the daughter of actor Edith Campion and theatre director Richard M. Campion, conveniently got a leg up in the industry, unlike the Williams siblings.

It's still puzzling why she felt the need to compare herself to others; she was already up on the stage receiving accolades. To frame her achievement as worthier and harder won than the Williams sisters' shows that Campion is still a victim of the power structures that positions the marginalized to punch laterally and down, not up. The urge to compare her challenges to others as if it's some sort of competition to see who has overcome more is just one more way to perpetuate the cycle of oppresssion.

Campion had started out the weekend as a darling on Twitter when she slammed actor Sam Elliott, who had called her film "piece of s**t" and criticized Campion's portrayals of Western life and cowboys on his recent appearance on Marc Maron's "WTF" podcast.

"What the f**k does this woman from down there know about the American West?" Elliott had questioned. "Why the f**k did she shoot this movie in New Zealand and call it Montana? And say this is the way it was? That f**king rubbed me the wrong way."

During a red carpet interview with Variety for the DGA Awards on Saturday, Campion called Elliot "a little bit of a B-I-T-C-H" and pointed out that he's merely an actor, not a cowboy.

"The West is a mythic space, and there's a lot of room on the range," she added. "I think it's a little bit sexist. . . . When you think about the number of amazing Westerns made in Spain by [director] Sergio Leone. I consider myself a creator. I think he thinks of me as a woman or something lesser first, and I don't appreciate that."

"The Power of the Dog" has 12 Oscar nominations, including ones for best picture, best director and best actor. The film is available for streaming on Netflix.