"The Girl From Plainville": The real-life texting-suicide case behind Hulu’s true crime series 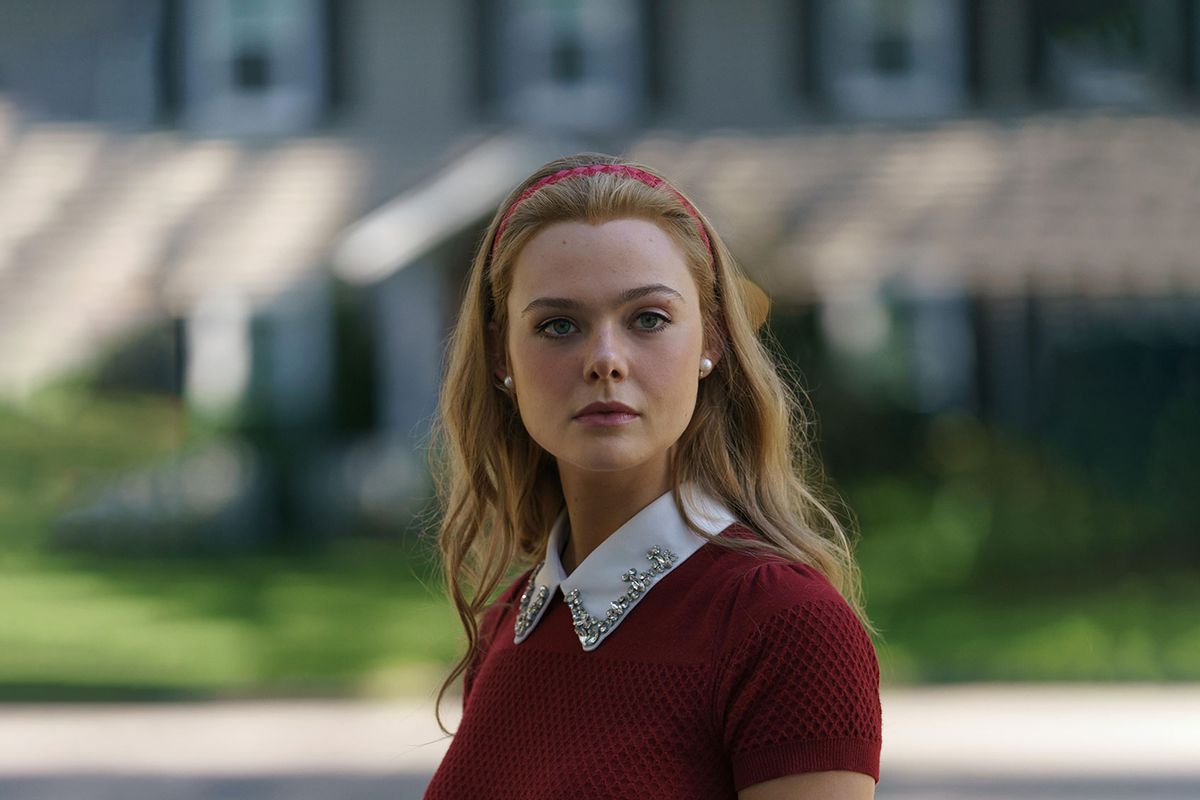 If Hulu's latest series "The Girl From Plainville," which released its first three episodes on March 29, sounds familiar, that's because the real crime it's based on made headlines in 2017.

In the series, Elle Fanning ("The Great") plays Michelle Carter, who encourages her 18-year-old boyfriend Conrad Roy III (Colton Ryan, "Dear Evan Hansen") through text messages to kill himself. Over the course of eight episodes, Hulu dramatizes the events leading up to the 2014 suicide and the subsequent investigation and trial that eventually convicted Carter of involuntary manslaughter.

Carter's case, which notably raised questions about mental health and criminal responsibility, was previously explored in the 2018 Lifetime made for TV movie "Conrad & Michelle: If Words Could Kill" and in the 2019 HBO documentary, "I Love You, Now Die: The Commonwealth Vs. Michelle Carter," from filmmaker Erin Lee Carr.

Here's everything you need to know about the "texting-suicide" case:

The beginnings of a tragic relationship

Carter and Roy's story dates back to 2012 when the pair met in Florida while on vacation with relatives. They lived only an hour away from each other in the Boston suburbs — Roy in Fairhaven and Carter in Plainville — but strictly communicated via phone and text message. Throughout their relationship, they met in-person just five times.

Roy, who struggled with social anxiety and depression, allegedly suffered from physical and mental abuse at the hands of his father and grandfather. In October 2012, Roy planned his first suicide attempt but was discouraged by Carter, who encouraged him to "get professional help." But two years later, shortly after Roy's second attempt, Carter's attitudes shifted and she began urging him to kill himself, even sending step-by-step instructions on how to successfully do it.

RELATED: "I Love You, Now Die" and what we think we know about teenage girls

On July 13, 2014, Roy died by suicide. Carter's final text to Roy encouraged him to continue even though Roy indicated he was scared.

Additional texts on Roy's phone revealed a slew of shocking messages from Carter: "Drink bleach. Just drink bleach," "Why haven't you done it yet tho?" "If u don't do it now you're never gonna do it." Another horrifying conversation, obtained from CNN, showcased a separate instance when Carter encouraged Roy to end his life:

CARTER: I think your parents know you're in a really bad place. I'm not saying they want you to do it but I honestly feel like they can accept it. They know there is nothing they can do. They've tried helping. Everyone's tried, but there is a point that comes where there isn't anything anyone can do to save you, not even yourself. And you've hit that point and I think your parents know you've hit that point. You said your mom saw a suicide thing on your computer and she didn't say anything. I think she knows it's on your mind and she's prepared for it. Everyone will be sad for a while but they will get over it and move on. They won't be in depression. I won't let that happen. They know how sad you are, and they know that you are doing this to be happy and I think they will understand and accept it. They will always carry you in their hearts.
ROY: Aww. Thank you, Michelle.
CARTER: They will move on for you because they know that's what you would have wanted. They know you wouldn't want them to be sad and depressed and be angry and guilty. They know you want them to live their lives and be happy. So they will for you. You're right. You need to stop thinking about this and just do it because over turning always kills, over thinking.
ROY: Yeah, it does. I've been thinking about it for too long.
CARTER: Always smile, and, yeah, you have to just do it. You have everything you need. There is no way you can fail. Tonight is the night. It's now or never.

Shortly after Roy's death, Carter became a prominent figure at her school and received sympathy from friends and Roy's friends. Her reputation soon took a turn after investigators uncovered Roy and Carter's text exchanges, which prompted Carter's trial and eventual conviction.

Carter, who was 17 at the time, was indicted in February 2015 and arraigned the following day on charges of involuntary manslaughter. In June 2017, the trial was decided and Carter was officially found guilty of her charges.

"Carter's actions and also her failure to act where she had a self-created duty to Mr. Roy, since she had put him in that toxic environment, constituted each and all wanton and reckless conduct," explained Judge Moniz, who announced Carter's conviction, per People.

"She [instructed] Mr. Roy to get back into the truck, well-knowing of all of the feelings that he [had] exchanged with her: his ambiguities, his fears, his concerns," he added.

"She did nothing. She did not call the police or Mr. Roy's family. Finally, she did not issue a simple additional instruction [to Roy to stop]."

RELATED: Will the suicide-texting case lead to a change in laws over end-of-life issues?

Carter was subsequently sentenced to two and a half years in prison — she served only 15 months of that sentence and the remaining were suspended. Carter's lawyers also petitioned the Supreme Court to reconsider her case, arguing that her conviction violated her freedom of speech under the First Amendment since it was solely based on text messages. On January 13, 2020, the Supreme Court declined the appeal.

A few days later, Carter was released from the Bristol County House of Correction due to good behavior, according to a CNN report.

"Ms. Carter has been a model inmate here at the Bristol County House of Corrections. She has participated in a variety of programs, held a job inside the jail, has been polite to our staff and volunteers, has gotten along with the other inmates, and we've had no discipline issues with her whatsoever," Jonathan Darling, a spokesman at the Bristol County Sheriff's Office, told CNN.

"The Girl From Plainville" takes place over seven years and follows Carter and Roy's relationship, the tragedy and Carter's trial. The miniseries also references and is based on Jesse Barron's Esquire article of the same name. The 2017 feature delves into the sensational case and also explores Carter's motives. The cast also includes Chloë Sevigny, Cara Buono, Kai Lennox and Norbert Leo Butz.

The first three episodes of "The Girl From Plainville" are now streaming on Hulu, with new episodes released on Tuesdays. Watch a trailer for it below, via YouTube.