The show is set in the '70s, but speaks to today's social dynamics and perception of who is allowed to have fun 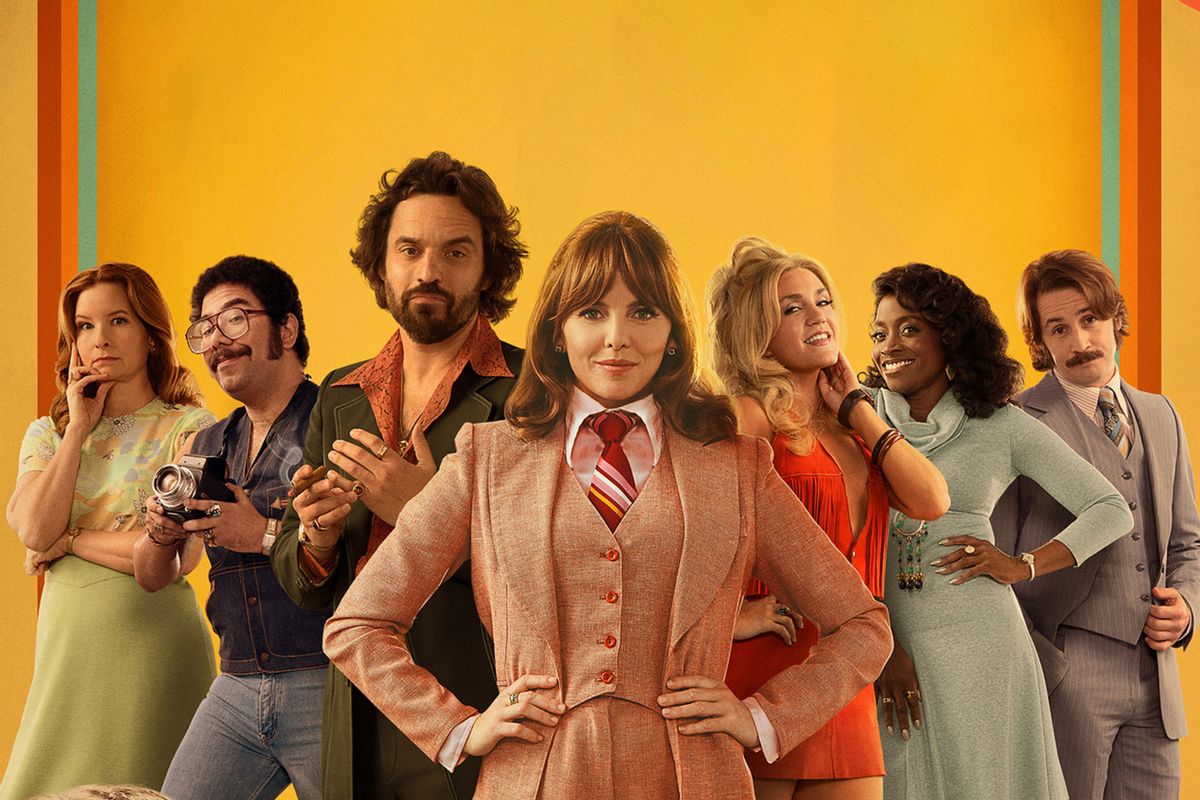 Scratch a libertarian and you will find a prude. It's a truth beautifully illustrated in the season finale of "Minx," HBO's breezy-yet-sharp comedy about a fictional '70s-era magazine that combines Ms.-style feminist editorial with dicks-out Blueboy-esque nude male centerfolds. The show's two "shock jock" characters, Willy (Eric Edelstein) and Franco (Samm Levine), use their airtime titillating drive-time listeners with stories about how much they love sex and partying. But Willy's wife Wanda (Allison Tolman) gets her hands on a copy of "Minx" and decides to stand up for her own right to enjoy her life, instead wasting her time giving her husband joyless hand jobs between serving him meals. Suddenly the libertarians aren't so pro-liberty anymore.

Instead, the shock jocks interview Bridget Westbury (Amy Landecker), a Phyllis Schlafly-esque city councilwoman to announce a new partnership combining "men's rights" with this religious right-tinged war on pornography. With the studio's prominent nude painting of woman looming over the scene, the councilwoman rants about how she plans to clean up San Fernando Valley, and the two men eagerly join in with the anti-porn sentiment they discovered the second they found out that women have sexual fantasies, too. The whole scene is very reminiscient of Donald Trump smirking next to a smug Amy Coney Barrett, the "libertine" and the Bible-thumper joining forces to crush the hope of women's liberation.

It's a hilarious satire of the sort of men who vote Trump and listen to Joe Rogan, and like to imagine they're "pro-freedom," despite having political views that stifle the much more real freedom struggles of women and LGBTQ people. 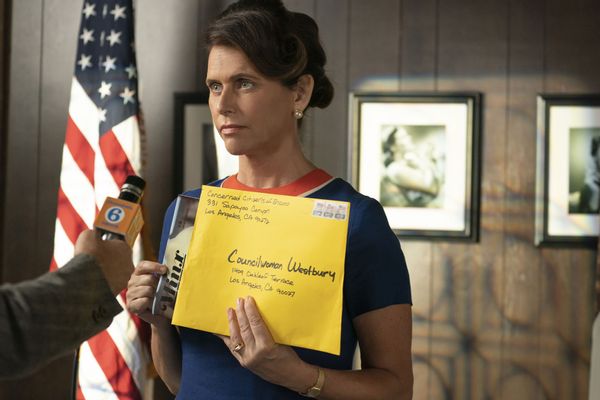 Amy Landecker in "Minx" (Photograph by Katrina Marcinowski / HBO Max)But this bit also serves a larger, more pointed message aimed directly at the American left, which needs to hear it more than ever: The politics of equality are useless, unless joined with a politics of pleasure. "Give me bread, but give me roses, too" was a feminist slogan in the early 20th century, but it resonates across the 1970s and today for a reason. People aren't moved by dry political treatises about justice. What moves people is imagining what a better life would be like. That means talking about pleasure.

Sexy photos are more than just the sugar that helps the feminist medicine go down.

What Joyce soon finds out, with the help of her sister (Lennon Parham) and Bottom Dollar employees Bambi Jessica Lowe) and Richie (Oscar Montoya), is that sexy photos are more than just the sugar that helps the feminist medicine go down. On the contrary, pleasure is central to the feminist project. One reason that sexism chafes so hard is that it deprives women of their right to pursue happiness. But if women don't even know what happiness could look like, it's hard to convince them to fight against the forces that keep them from having it. 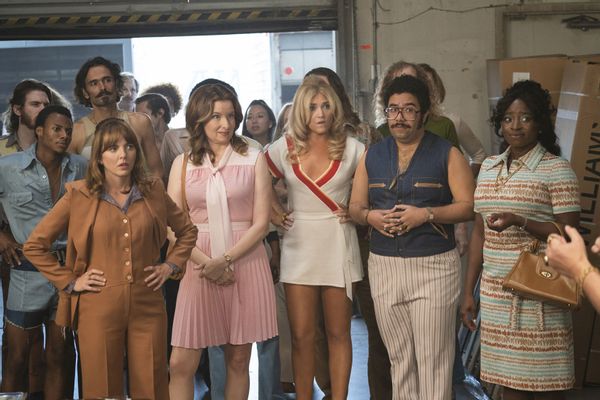 As I've written about before, in recent years, progressives seem to have forgotten about the importance of pleasure. Much of the discourse on the left has taken on a hectoring tone, focused on pressuring people to give up stuff they enjoy, rather than imagining all the new joys that await us if we can liberate ourselves. The pandemic bears much of the blame, of course. The right wing resistance to emergency measures like social distancing and mask-wearing caused far too many on the left to start seeing these misery-inducing behaviors as moral signifiers instead of temporary inconveniences. Truth told, however, the turn to the grim on the left had started well before the pandemic, fueled by the way that social media rewards self-righteous posturing and the politics of showy self-sacrifice over the politics of pleasure.

RELATED: Why "Bridgerton" probably won't make Benedict queer (but should)

It's been especially troubling for me, as I came up as a late third wave feminist and was part of the early aughts explosion of feminist blogging. We early feminist bloggers married the transgressive politics of pleasure to our demands for equality. We didn't just say rape was bad. We had pro-pleasure actions like Slutwalk. We argued that the ever-present threat of rape constrains women from enjoying their lives, by preventing us from doing everything from taking early morning jogs to having late night sexual adventures. We didn't just talk about reproductive rights in terms of coat hangers and young mothers damned to poverty. We talked about how contraception and abortion allowed women to having fun dating and to experiment sexually, instead of being tied down to the first guy you ever slept with.

"Minx" is set in the '70s, but very clearly speaking to the social dynamics of our time. The joyless progressivism one finds on Twitter is reimagined on the show as a New York City dinner party. Joyce's pretentious Manhattanite friends sneer at her little porn magazine and trot out ignorant assumptions about how Bottom Dollar employees must be a bunch of lost souls and losers. That's probably not how people talked at dinner parties then, but is very reminscient of lefty social media now, with its focus on over-the-top trauma talk and tendency to treat fun as an embarrassing waste of time. Joyce ends up sneaking out to have a drink and make out with a cute guy at a bar. In a sign of how much she's grown, she refuses to apologize for wanting to have a good time. She doesn't even try to justify it by calling it "self-care." 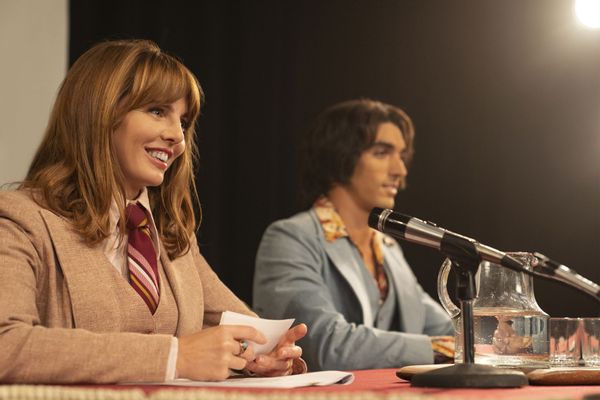 As "Minx" cleverly demonstrates, this kind of pleasure-centered feminism has real power. If nothing else, it exposes how the supposed "libertarian" right is no such thing. Even supposed hedonists like Trump are happy to pass all sorts of draconian restrictions on sexual freedoms and even free speech, just to keep women and LGBTQ people from enjoying the pleasures that come from equality.

As "Minx" cleverly demonstrates, this kind of pleasure-centered feminism has real power.

Unfortunately, all the grimness on the left these days has served Trump and his acolytes well, allowing them to portray themselves as the "fun" ones opposed to "cancel culture." This, even though Republicans are trying to cancel your sex life, your ability to read what you want, and now even Oreos and Disneyland. The right's is a mean and narrow view of pleasure, mostly about cheap insults and lame trolling. Even figures like Joe Rogan only appeal as some counterpoint to the supposed scolds of the left, but don't really have much on offer in terms of actual fun, especially for anyone who isn't a cis straight guy.

"Minx," in keeping with its pro-pleasure ideas, is a fun show, with lots of laughs and plenty of genuinely sexy stuff. (Though the comically fake penises are a rare misfire.) Freedom is a great idea in the abstract, but to make it worth fighting for, you have to remind people what it looks like in practice. On "Minx," that's lots and lots of dicks. But it can be anything you want, as long as you give yourself permission to enjoy it.