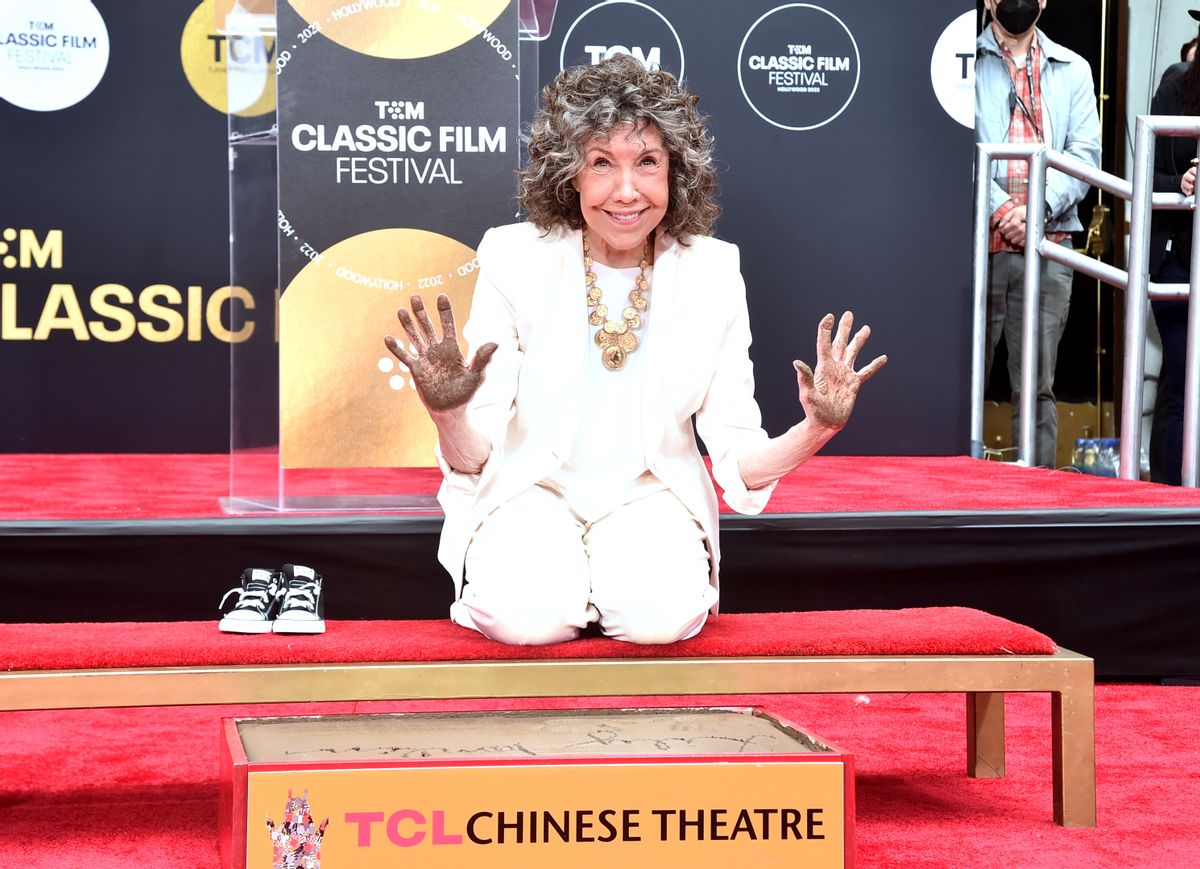 Lily Tomlin, treasured star of such films as "9 to 5," "Big Business," and "All of Me;" as well as "Grace and Frankie," Netflix's longest running original series; was honored on Friday in the Hand and Footprint Ceremony held at TCL Chinese Theatre in Hollywood.

Tomlin's frequent co-star and long-time friend, Jane Fonda, gave a heartfelt speech prior to Tomlin putting her handprints and two sets of footprints; one for herself, and one representing one of her most famous comedy sketch characters, Edith Ann; into the ceremonial cement which will be situated in the Forecourt of the Stars among similar prints by the likes of Joan Crawford, Natalie Wood, Judy Garland and, more recently, Nicolas Cage. 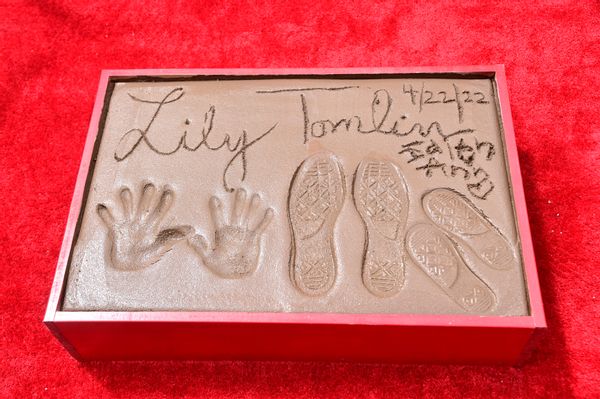 The cement imprint at TCM Honors Actress Lily Tomlin with Hand And Footprint Ceremony at TCL Chinese Theatre on April 22, 2022 in Hollywood, California. (Photo by Alberto E. Rodriguez/WireImage/Getty)"Lily's been pushing me around for decades," Fonda joked at the beginning of her speech. "So I'm really glad they're gonna put her hands in cement; maybe they'll get stuck; and her feet too."

Present at the ceremony were Rita Moreno and "Grace and Frankie" co-star June Diane Raphael; both seated in the front row; as well as Tomlin's wife and long-time collaborator, Jane Wagner, who Tomlin had to crane to see seated off to the side. Tomlin and Wagner have been a couple since the 70's, and became legally married in 2013.

Towards the end of her speech Tomlin made a joke in reference to her many years spent keeping her sexuality "in the closet" saying that if they should ever shift around the hand and footprints to make way for new ones, better for her prints to end up back in the closet rather than her.