The race to design a bacteria that can eat plastic

There are a number of challenges inherent to using bacteria to dissolve plastic, but the upsides are huge 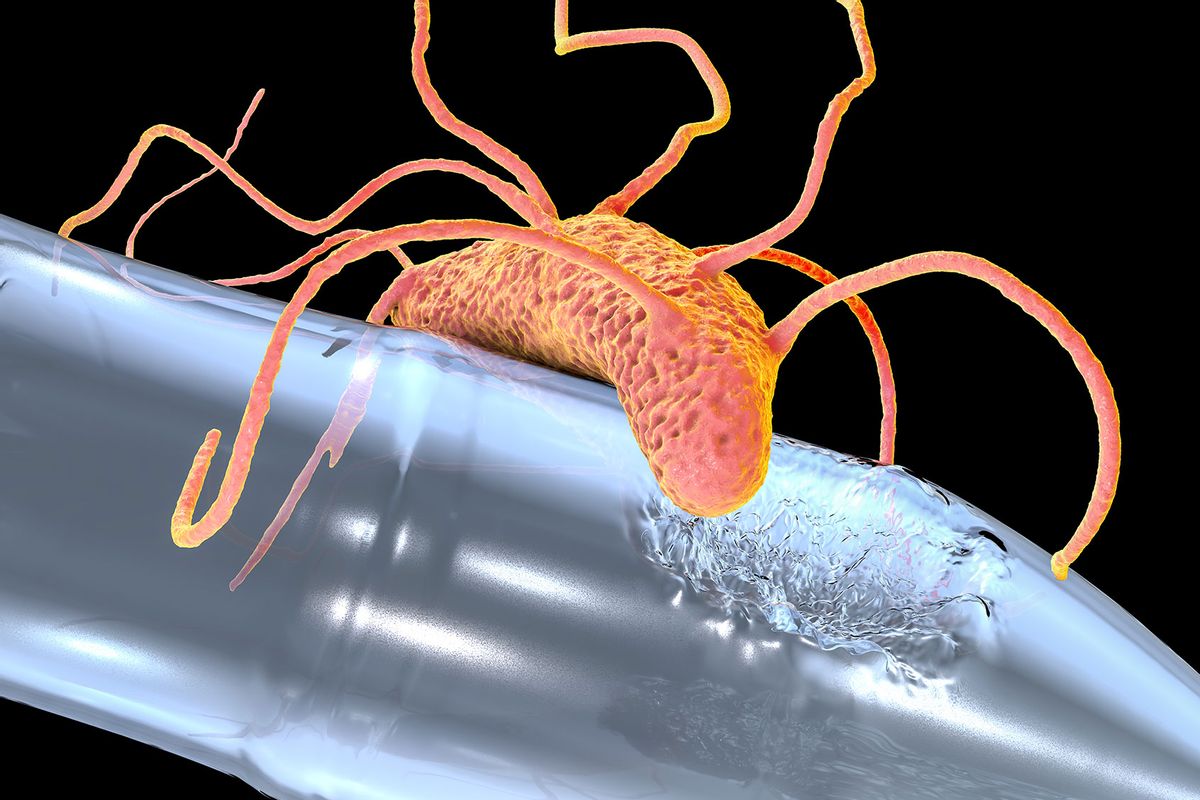 Though its effects are not always visible to the naked eye, plastic is choking life on Earth. Birds are dying from plastic accumulating their intestines. Animals are full of microplastics, and humans are unintentionally eating a credit card's worth of plastic every week, which is seeping into our bloodstream. And the ocean is becoming an open plastic dump to the extent that microplastic particles may outnumber zooplankton.

These harrowing scenes could come to define our planet's future. The process for manufacturing plastic exacerbates climate change, and the prevalence of plastic in the environment has led to heartbreaking sights like sea turtles with straws stuck up their noses. Yet because plastic is designed to be durable and lasting, scientists who dream of permanently removing it from our environment have often despaired of solutions.

One oft-floated pipe dream as to how to alleviate plastic pollution: can we breed something that will consume it?

RELATED: How plastic pollution threatens our health, food systems, and civilization itself

A new study suggests that an enzyme which targets polyethylene terephthalate (PET) — a widely-used polymer found in a majority of consumer packaging products that comprises 12 percent of all global waste — could make that scientific dream, which is also planetary necessity, into a reality.

The key ingredient was a natural enzyme known as PETase, according to the paper published in the scientific journal Nature. Using a machine learning model, scientists at the University of Texas at Austin's Cockrell School of Engineering and College of Natural Sciences figured out what mutations would cause the enzyme to be able to quickly break down the targeted types of plastic waste.

"Collectively, our results demonstrate a viable route for enzymatic plastic recycling at the industrial scale," the researchers conclude in their paper.

"Enzyme scale-up has been a well-explored problem in many industries," Hal Alper, professor in the McKetta Department of Chemical Engineering at UT Austin, told Salon by email when asked how long it would take for this enzyme to be available on a wide scale. "Therefore, we feel that this part of the problem is easily achievable in a short period of time. The more challenging aspect will be implementing enzyme degradation on a large scale with mixed stream plastics." (Mixed stream plastics are all non-bottle plastics collected from the waste stream, or the entire life cycle of the garbage produced in a community.)

This was not the first effort to find biological means of solving the plastic pollution problem. In March 2016, Japanese researchers found a bacteria known as Ideonella sakaiensis that, they marveled, would "eat" the plastic outside of an Osaka bottle factory until it turned into sludge.

Alper added, when asked about how the new team's research built on previous efforts to address plastic pollution, "We utilized the enzymes that have been found in bacteria evolved to use PET. By starting with this enzyme as a scaffold, we applied machine learning techniques to substantially improve upon function."

As Alper's reply indicates, this was not the first effort to find biological means of solving the plastic pollution problem. It all began, as much of scientific history does, with a random crucial discovery. In March 2016, Japanese researchers found a bacteria known as Ideonella sakaiensis that, they marveled, would "eat" the plastic outside of an Osaka bottle factory until it turned into sludge. "The new species, Ideonella sakaiensis, breaks down the plastic by using two enzymes to hydrolyze PET and a primary reaction intermediate, eventually yielding basic building blocks for growth," the scientists wrote.

Plastic-eating bacteria was later discovered in Oregon and Germany by subsequent researchers, demonstrating to scientists that there could be a biological solution to the plastic problem. By 2020, scientists at the University of Portsmouth had managed to alter the PETase enzyme to create a supposed "cocktail" that could digest plastic up to six times faster than normal. In the abstract of their paper, the researchers singled out the discovery of the Ideonella sakaiensis as vital to their research, as well as addressing an international catastrophe.

"Plastics pollution represents a global environmental crisis," the authors wrote. "In response, microbes are evolving the capacity to utilize synthetic polymers as carbon and energy sources."

Last year, scientists at the University of Edinburgh announced that E. coli, a common bacteria, could be used to convert PET into vanillin, the primary component of extracted vanilla beans. They even suggested that the vanillin might be able to be safely consumed by humans, although they emphasized that further experiments would be required.

Joanna Sadler, a biotechnology professor at the University of Edinburgh who was not involved in the most recent study but was involved in the E. coli study, seemed hopeful about the developments in the latest paper. Sadler characterized the new enzyme as the "fastest enzyme reported to date" in terms of the speed at which it can "depolymerise" different plastic substrates.

"This makes it a very promising technological development in the field, and demonstrates the 'evolvability' of this enzyme," Sadler said.

"Our enzyme is up to 30x more efficient than reported enzymes and operates at lower temperatures and thus saves on energy input and improves the ease of downstream processing," Alper wrote to Salon.