How I started writing for TV: The case against "fake it til you make it" 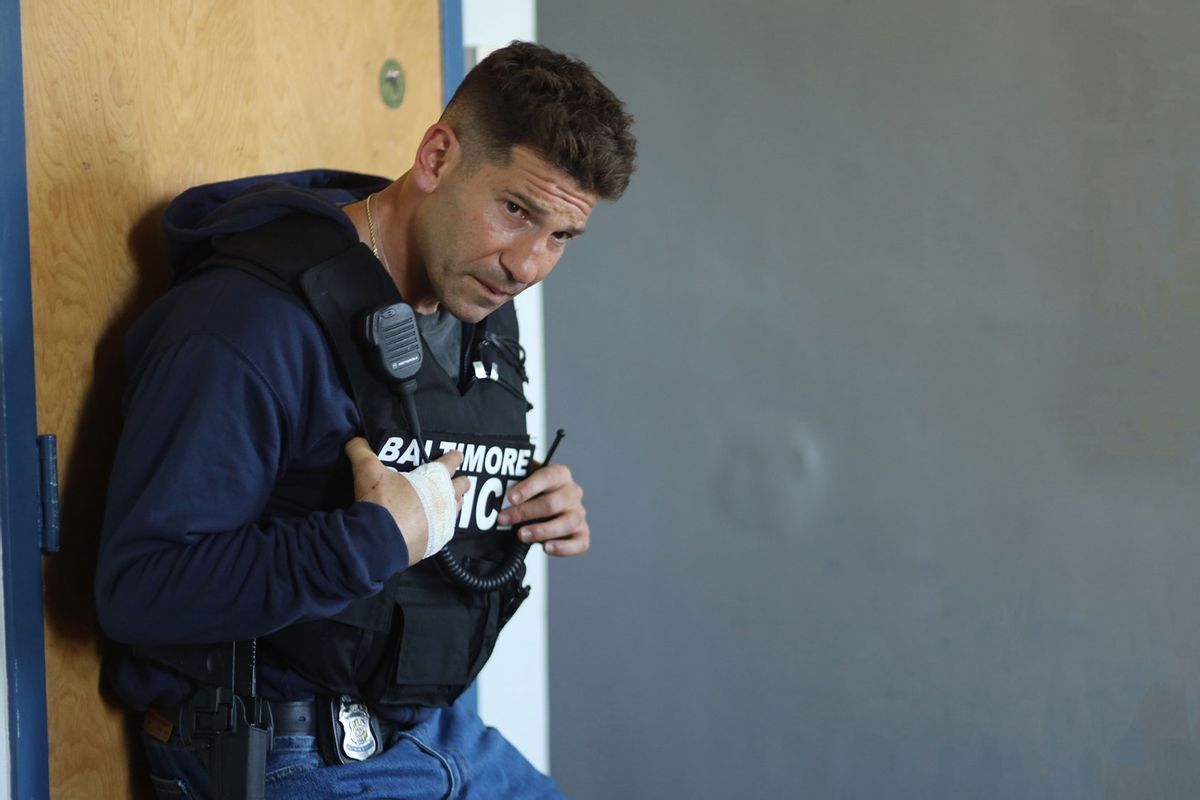 My first TV script is an episode of the HBO limited series "We Own This City."

Writing that sentence feels surreal, and not just because I've wanted to write for television since I began my professional career eight years ago. On this project, I got to work alongside, study under and trade jabs with David Simon, creator of my favorite television show and probably yours too, "The Wire." I earned this unbelievable opportunity by doing nothing other than working at my craft daily and by being myself. I didn't fake it. Not even a little.

We are currently living in a culture where "fake it til you make it" has become normalized as good advice for getting where you want to be. Punch up any of your social media accounts, and I guarantee you will see people pretending to be revolutionary activists, saving the world from their Twitter thrones (toilet seats); or flaunting wealth as if they don't owe you $30; and — my personal favorite — projecting the perfect relationship, complete with rules you should follow in pursuit of your better union, when you know they were just telling you how insufferable their spouse is, how bad they want out, hours before that lovely Baecation post. People are taking "fake it" to a level a bit past nausea.

RELATED: Thanksgiving and "The Wire": My true Baltimore story about the streets, writing and TV

But don't blame social media. That's just the latest outlet for a much older concept. In 1872, Charles Darwin connected facial expressions to emotional experiences in "The Expression of the Emotions in Man and Animals," basically saying that smiling even when you're upset can help subside your anger. Philosopher William James, who published "Principles of Psychology" in 1890, wrote, "If you want a quality, act as if you already have it." Sounds like the 19th-century version of "fake it til you make it" to me.

This is not about to turn into a dense take on social science. And I'm not going to demonize people who project positive thoughts to manifest the realities they want to create for themselves or those who have the strength to smile when there is every reason to frown. I just want to share my real-life story of earning it over faking it.

I got the "Hey D, would you like to be in our writers' room?" call from David Simon while teaching a class. My answer was a quick "Hell yes!" I've known Simon for years — we're both Baltimore writers and mutual fans — but I've never had the opportunity to work on one of his projects until the story of the Gun Trace Task Force (GTTF) in Baltimore broke. The GTTF, led by Sergeant Wayne Jenkins, consisted of a few elite cops who were granted special privileges in an effort to get guns off of the street. These cops used those privileges to commit a ridiculous amount of overtime fraud while spending their days partying and drinking on the taxpayers' dime — and robbing the biggest drug dealers in the city.

Justin Fenton covered the story for The Sun, Baltimore's paper of record, and turned his reporting into a book, "We Own This City," which Simon, George Pelecanos and Nina K. Noble acquired for adaptation into the limited series. As the team began to construct the writers' room, my name came up for a number of reasons: I wrote about the trial here on Salon; I'm from Baltimore City and grew up in the neighborhoods the cops terrorized, giving me more sources than an average reporter; and most importantly, I reported on GTTF all-star Daniel Hersl from his victims' perspectives years before anyone thought to do so. There were a few articles out about his misconduct settlements and the money he cost the city, but at the time, no one was talking to the people he terrorized except me — and they were people in my own community. My focus was to shine a light on the impact Hersl had on Black families.

Reporting work I started in 2014 helped get me into a writers' room in 2020 — no faking or acting like I knew anything more than my own story and the tales of horror I collected from Hersl survivors. Posting #FTP is easy; highlighting the stories of real victims, many of whom are still traumatized, not so much.

And once I was in, writing for this show with this team only reinforced for me the power of doing the work over faking it. The other writers — Simon, Pelecanos, Ed Burns, William Zorzi — researched the lives and police records of the show's subjects with the precision of NASA scientists. Their hard work in turn made me work harder.

In the long run, my proximity to the topic and the attention I was able to pay to its victims paid more dividends than pretending to be something that I wasn't, like an overhyped online crusader for justice hoping some important person would notice and advance my career to the next level.

I also never pretended to be the expert on Baltimore police corruption, with an entitled sense of ownership over the GTTF story. Before we worked together on "We Own This City," one day out of the blue I got a message from Jon Bernthal, star of "The Walking Dead," "The Punisher" and "King Richard."

"Hey man. J Bernthal here. I'm an actor from DC. I am an enormous admirer of your work. Your article really touched me, it achieved a level of nuance and richness that only comes from the empathy born from experience. Thank you," he wrote. He wanted to talk to me about optioning an article I wrote about Daniel Hersl to adapt into a film.

I was beyond grateful to hear from him. It's nice to be recognized and praised by people who know good stories. But I never cross my friends, so I took the call and told him he should be working with David Simon on the GTTF story that was already in development. Bernthal, who had already worked with Simon on his limited series "Show Me a Hero," was cast as Sgt. Wayne Jenkins.

We got to know each other while we worked. Bernthal did not take the opportunity to be Hollywood in Baltimore, never leaving set, wearing shades at night, feasting on soft-boiled ostrich eggs with a lightly chilled Prosecco. Just like I did with my GTTF reporting, he hit the streets, combing through every inch of Baltimore, mastering the language, studying with police officers, forging relationships with Jenkins' family and closest friends, transforming himself into the character — all real, no faking. He could have easily had police officers come to his trailer to give him notes and feed him stories, but Bernthal made his performance by doing all of the extra work, hours upon hours of ugly research that nobody will ever see.

RELATED: "The front door blew off the hinges": What happens when police raid your home without knocking first

I understand why so many people cling to an image of success: it looks good, and it feels good to be respected. It feels even better to know that it could happen if you project that image long enough. The work, on the other hand, doesn't have an appealing look. It takes long hours, it's tiring, and it is not glamorous. If you posted pictures of what the actual work looks like, nobody would like them. It doesn't look like the red carpet on premiere night.

Faking it is easier. It can even get you into some of those success-filled rooms. But faking can only last for so long. It is the ability to do the work that keeps you there. If you've been doing the work all along, you're going to be ready when the right opportunity comes along.

Authors Baltimore Essay Hbo We Own This City Writing Life