Kosher, table, flaky and sea: Your guide to the most popular types of salt

While all salt is beautiful in its own way, it's not all equal — especially when cooking with it 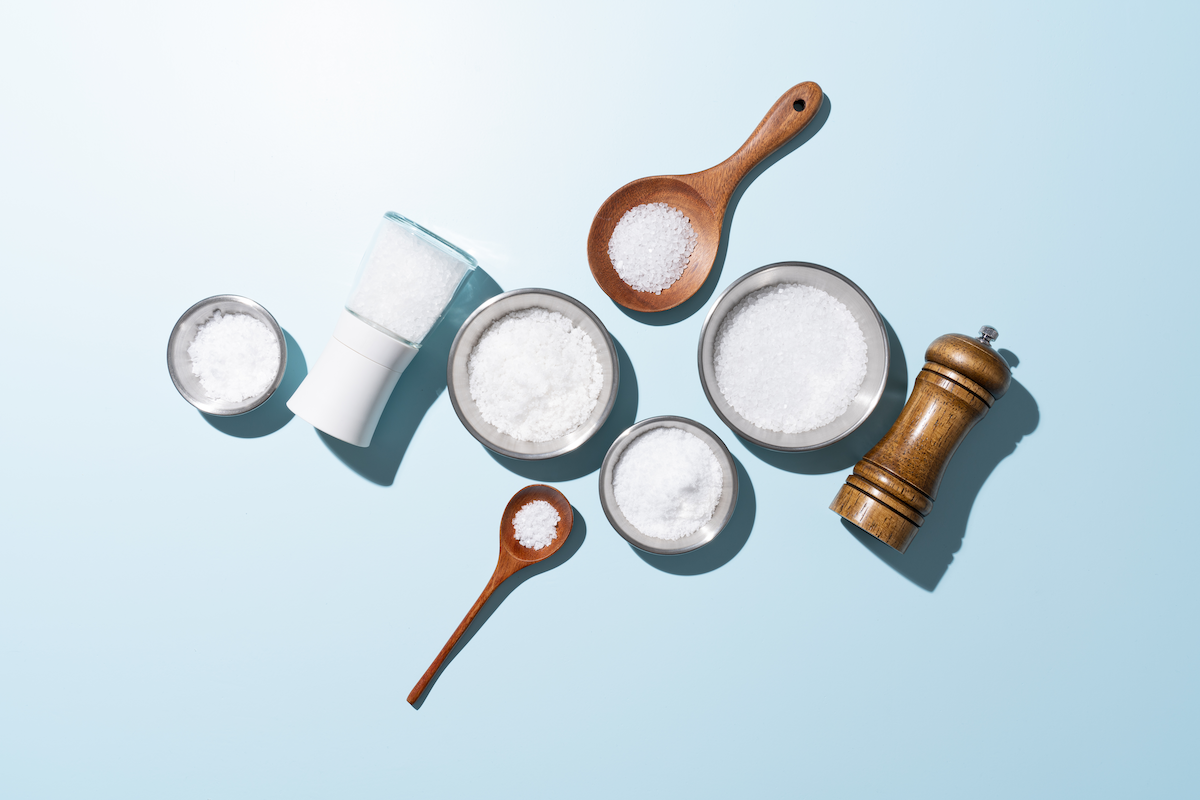 Before I started cooking more seriously in my early 20s, certain ingredients seemed pretty simple. Butter was butter. Flour was flour — I didn't know that there was a marked difference between A.P. and bread until much later. And salt was salt.

However, it only took one classic mix-up between table and kosher salt, leading to an almost comically salty batch of brownies, for me to realize that there was an entire world of salt out there, and that choosing the right one could literally make or break a dish.

Related: 5 simple summer snacks for when it's just too hot to turn on your oven

Here is a handy guide to the four salt types you're most likely to run into in your own cooking and baking.

While any salt that is produced under kosher supervision can be classified as "kosher," when recipes call for kosher salt, they are referring to a particular type of large-grained salt. This type of salt was originally used to pull all the blood out of meat as it underwent the koshering process — and the name "kosher salt" just kind of stuck.

Within the world of kosher salt, there are two big brands. There's Morton's, which comes in a dark blue box emblazoned with an illustration of a young girl walking under an umbrella, and then there's Diamond Crystal, which comes in a red box.

Recipes will typically call for one or the other. That's because they are actually distinct enough to change the outcome of your dish. Diamond Crystal (for which most pro chefs have an affinity) has larger, lighter grains, while Morton's is made up of flattened, thin flakes. If a recipe calls for two teaspoons of Diamond Crystal, and you replace it with two teaspoons of Morton's, your dish may end up a little over-salted.

The salt hanging out in the shaker at your local diner? That is most likely garden-variety table salt. Unlike kosher or sea salt, the grains in there are dense, tightly packed together and pretty uniform. Again, since the crystals are smaller, you can't necessarily swap it one-for-one in recipes that call for a different kind of salt.

Most table salt is iodized; this has been the case since the 1920s when doctors realized that iodine deficiency was causing goiters and manufacturers agreed that adding iodine to table salt was an easy way to rectify that problem. Pro: Less thyroid issues for the masses. Con: Iodized salt can give food a metallic taste.

These days, most Americans consume enough iodine naturally through a well-balanced diet, so if you opt to buy table salt, seek out a non-iodized version for better flavor.

Sea salt, as the name suggests, is made by letting salt water dry out to reveal the salinic crystals within. There is a wild array of sea salts available — ranging from red and black salts to fleur de sel — that each offer their own nuanced flavor to dishes. This makes sea salt exceptionally popular as a "finishing salt," meaning that one would use it to season certain dishes, like roasted vegetables or fresh-baked bread, at the last minute, so the subtleties of the salt aren't masked during the cooking process.

Flake, or flaked, salt is shaped like little, flat plates. Even more so than sea salt, it is used for finishing dishes. A little goes a long way towards making a recipe feel complete, and the addition of it (especially when paired with a good-quality olive oil and some citrus zest) can elevate a plate of raw, seasonal vegetables into something that's really special.

There are a number of specialty flake salts on the market, which can add different dimensions to a meal. Smoked salt is definitely a good place to start — especially, and this is real talk, sprinkled on dark chocolate chip cookies.

Some of our favorite warm-weather recipes