The "Senior Year" actor recently revealed her girlfriend, which upset one reporter who believed he had the scoop 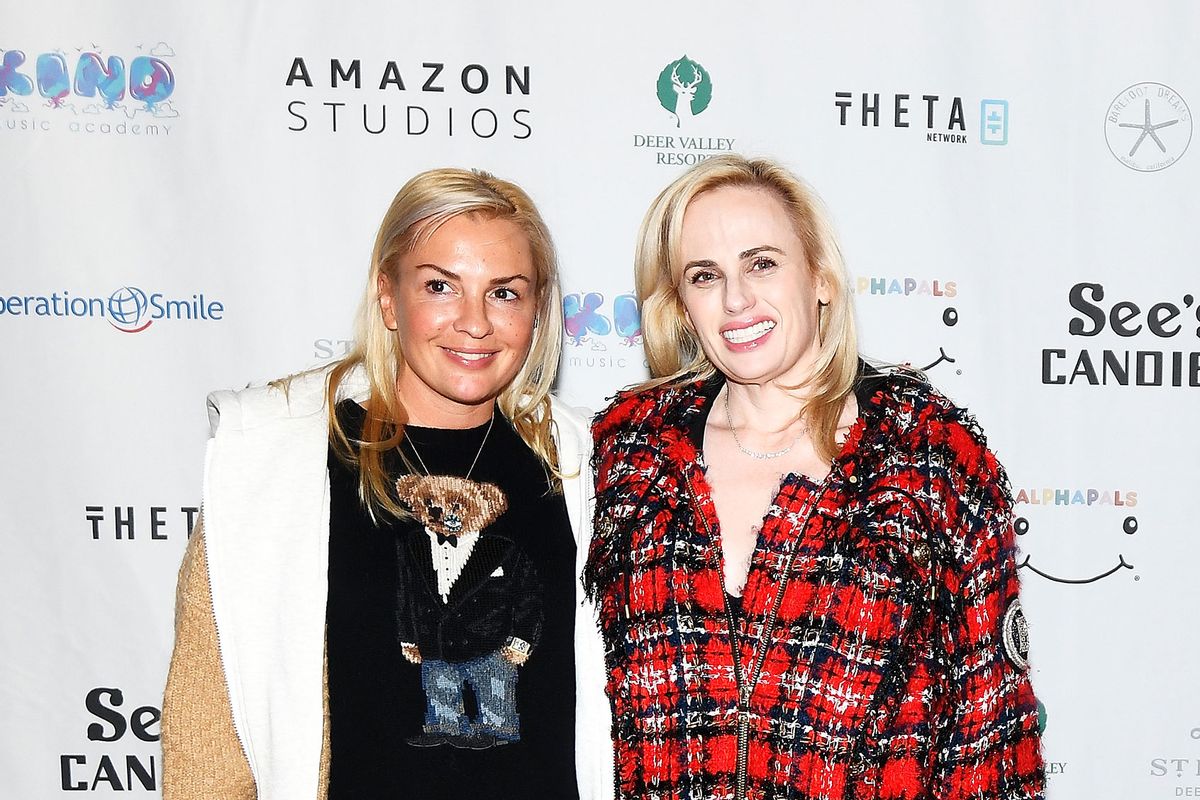 Rebel Wilson shared a heartfelt Instagram post last week announcing her relationship with girlfriend Ramona Agruma, revealing she's queer in the process. While many fans celebrated the announcement especially during Pride, it was marred after an Australian news outlet complained about the actor basically scooping them on her coming-out.

In a now-deleted Saturday story published by the Sydney Morning Herald, columnist Andrew Hornery claimed he had reached out to Wilson and gave her two days to provide him with a comment before he planned on "publishing a single word" about her. She instead posted her own announcement.

"I thought I was searching for a Disney Prince . . . but maybe what I really needed all this time was a Disney princess," reads the caption.

Her own self-outing presumably beat the Herald to the punch, judging from Hornery's anger over the post.

"Big mistake," he wrote about giving her the heads-up on his article. "Wilson opted to gazump the story, posting about her new 'Disney Princess' on Instagram early Friday morning, the same platform she had previously used to brag about her handsome ex-boyfriend, wealthy American beer baron Jacob Busch."

While many believe a person's outing to be a private and personal decision, Hornery's language and outrage appears to be treating it as any regular news item for which he believed to have the exclusive scoop. That she decided to use her own platform – and not give confirmation to a reported outlet – also appears to be a point of contention.

He wrote the actor's decision to not respond to "discreet, genuine and honest queries" was "underwhelming" considering how "bitterly she complained about poor journalism standards" when she sued Women's Day — and won — for defaming her as a serial liar.

RELATED: Rebel Wilson lied to us about her age and history because we asked her to

Hornery also kept referring to Wilson's past dating men and posting about her "hunky boyfriend," somehow implying that it gave her an immunity to queerphobia.

"Up to now, Wilson had identified publicly as a heterosexual woman," Hornery wrote. "It is unlikely she would have experienced the sort of discrimination let alone homophobia — subconscious or overt — that sadly still affects so many gay, lesbian and non-hetero people."

The article quickly garnered hate on social media as critics and Wilson's fans accused the publication of planning on "outing" her.

"I am so beyond disgusted at this. Turns out Rebel Wilson only came out to avoid being forcefully outed and now that newspaper is pissed at her for ruining their scoop??" tweeted one user. "So they wrote this mess?? I am so angry and so sorry for Rebel, no one deserves this."

Another user wrote, "In case you were wondering how Pride Month is going, the [Sydney Morning Herald] got in touch with Rebel Wilson to say they'd be outing her in the next few days, so when Rebel came out herself the journalists are throwing a tantrum that she robbed them of an exclusive."

On Monday, Hornery's inflammatory column was removed and updated with an apology titled, "I made mistakes over Rebel Wilson, and will learn from them." In it, he wrote his intentions were not to "out" Wilson and he added that as a gay man himself, he is "well aware of how deeply discrimination hurts.

"The last thing I would ever want to do is inflict pain on someone else," he continued. Hornery also acknowledged that the publication "mishandled steps in our approach.''

Wilson emphasized how difficult the entire fiasco has been for her in a response to a tweet written by journalist Kate Doak.

"So apparently it wasn't @RebelWilson's choice to come out . . . The [Sydney Morning Herald]/@theage have admitted to giving her a heads up 2 days in advance that they were going to 'out' her," Doak's tweet read. "What's worse, openly gay men at the Sydney Morning Herald were involved in this."

"Thank you for your comments," Wilson later replied. "It was a very hard situation but trying to handle it with grace."

Agruma and Wilson have appeared in public together often, as evidenced by the actor's Instagram. Her post, however, was the first time she acknowledged the status of their relationship.