The internet was abuzz with reports of an extraterrestrial radio signal. A researcher explains what happened 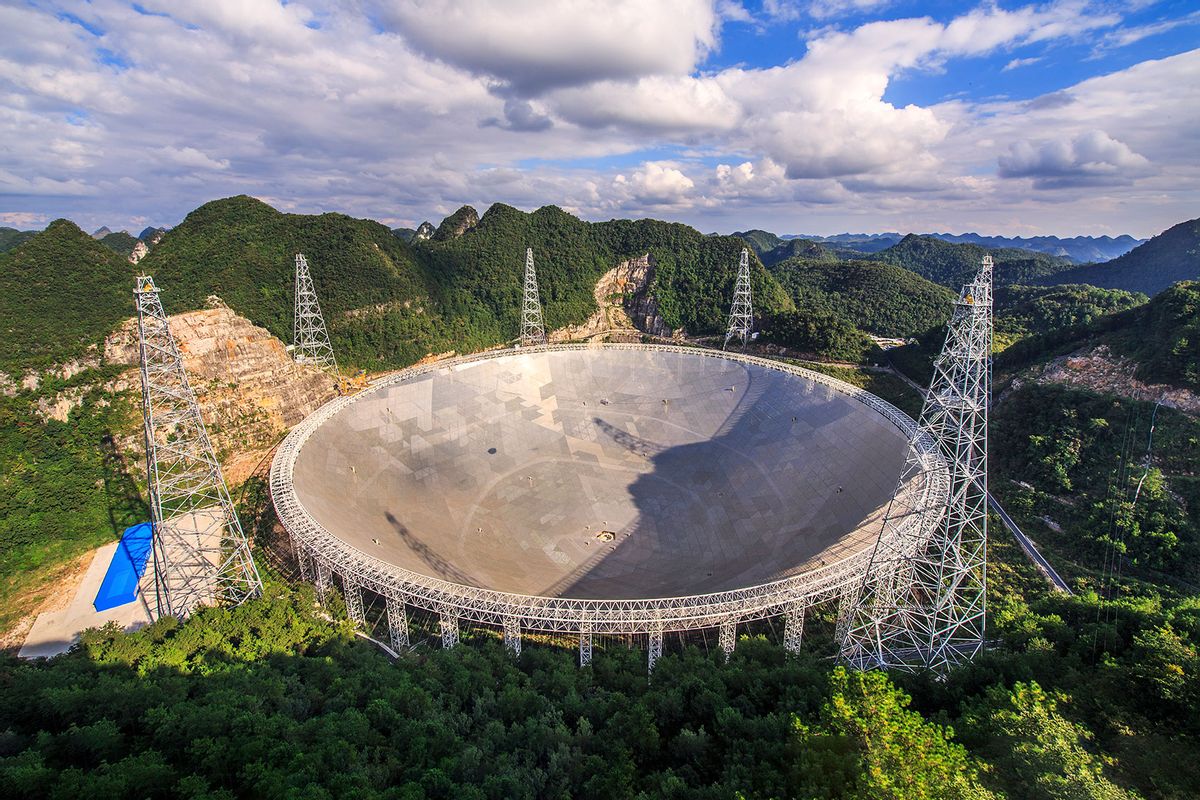 The astronomy world was abuzz after a report came out that China's Five-hundred-meter Aperture Spherical Radio Telescope (FAST), also nicknamed the "Sky Eye Telescope," may have detected a radio signal originating from an alien civilization.

News of the possibility of such a signal detection by the massive radio telescope was reported in multiple media outlets — including Business Insider and USA Today — and stemmed from a report that was published by Science and Technology Daily, which is the official newspaper of the Ministry of Science and Technology of the People's Republic of China.

According to a translated version of the report republished on Chinese web portal Tencent QQ, the chief scientist of the China Extraterrestrial Civilization Research Group at Beijing Normal University, Professor Zhang Tongjie, told his team that the FAST telescope has discovered several cases of technological traces from alien civilizations. These traces allegedly came from narrow-band electromagnetic signals that were picked up by the telescope. The report stated that more evidence is needed to better understand the source of these signals.

"The possibility that the suspicious signal is some kind of radio interference is also very high, and it needs to be further confirmed and ruled out. This may be a long process," Zhang Tongjie said. "'China Sky Eye' will repeat the observation of suspicious signals that have been discovered to further identify and detect new signals."

RELATED: Scientists think we could find extraterrestrial intelligence by searching for pollutants

However, after news broke about the report, it appeared to be deleted from Science and Technology Daily, as reported by Time and Bloomberg News; links to the article resulted in an error page. Fortunately, there are American researchers who work with Chinese radio telescopes who had insight into what was going on. Salon spoke with Dan Werthimer, chief scientist of the Berkeley SETI Research Center, who works with researchers in China and clarified the news about signals.

"I can't speak to exactly what happens in Science and Technology Daily or why it was deleted, but I can tell you that I'm familiar with these signals, and they don't have anything to do with extraterrestrials," Werthimer said. "They're interference, they're what we call radio frequency interference (RFI),  due to transmitters on Earth, satellites, cell phones, computers and things that transmit weak signals that get into the antenna."

Werthimer emphasized that they know these specific signals are from Earthlings and not aliens because when you point the telescope, they "come and go."

The signals that were detected "come and go no matter where you're pointed," meaning that "we know they're locally generated interference."

"What you'd expect from an extraterrestrial is that when you point the telescope at a particular planet, you see something then you move the telescope away, it goes away, and then you move it back to the planet, and you only see it when the telescope points to that particular star," Werthimer explained. Whereas the signals that were detected "come and go no matter where you're pointed," meaning that "we know they're locally generated interference."

Despite splashing headlines, the news initially drew skepticism from many in the astronomy world.

"I saw the news, but the report is sketchy on important details," Avi Loeb, the former chair of the astronomy department at Harvard University, told Salon via email. "It is difficult to assess whether the signal is terrestrial or extraterrestrial without knowing its detailed properties, including the suggested source star."

Indeed, Loeb said, a technical report about the findings would give astronomers a better chance at finding the original source of such signals.

Werthimer said he and his colleagues occasionally come across signals they are excited about, as they are hoping to one day find that extraterrestrial life is trying to make contact with us through various radio signals.

"Everything we've always tracked down has turned out to be interference," Werthimer said. "So even though I think it's likely that the universe is teeming with life and there's a trillion planets in the Milky Way Galaxy, a lot of them are little dinky planets like ours with liquid water, I think the universe has intelligent life, communicative life, but there's no evidence of it — it's only a statistical argument."

Ironically, these interference signals could actually hinder our search for life in the universe.

"This is the big bugaboo," said Seth Shostak, a senior astronomer at the SETI Institute. "It's like looking for Bigfoot in a forest that has a lot of campers."

More stories on search for ET: