NASA is assembling a team to figure out what UFOs are

The Pentagon has catalogued a number of UFO sightings over the past few decades. Now, NASA is getting involved 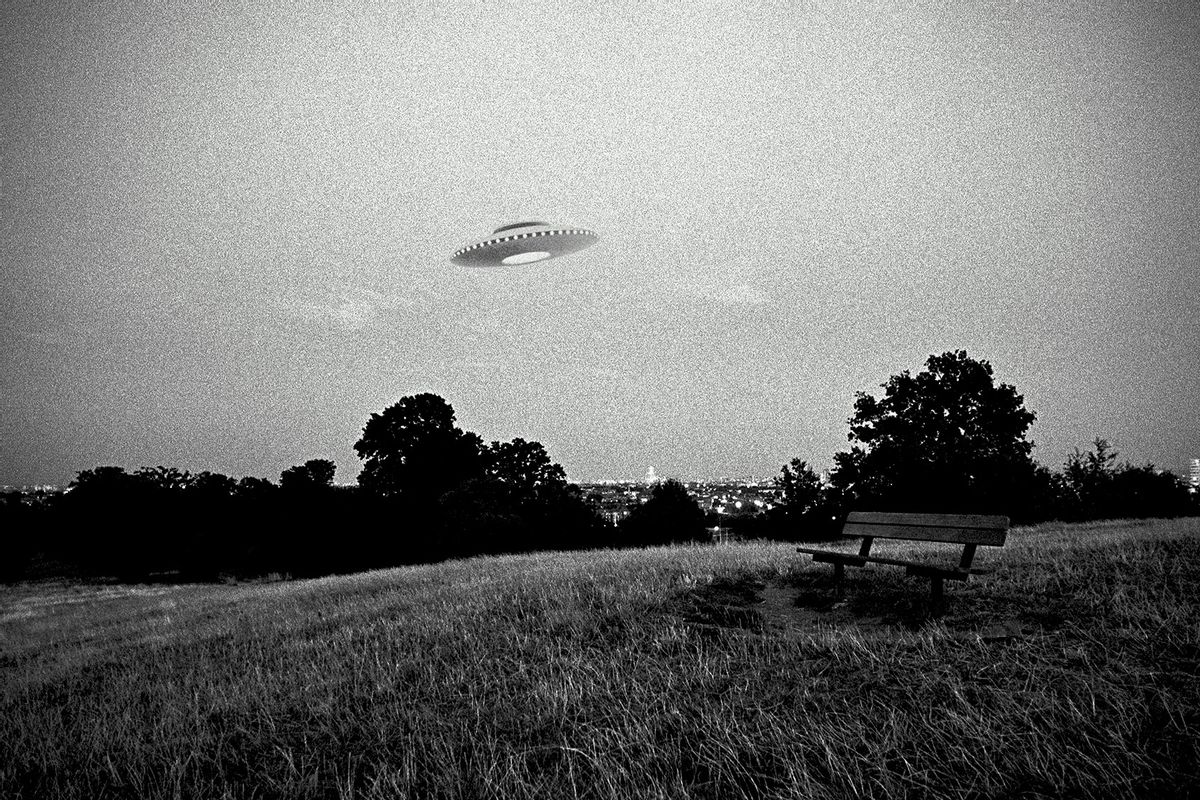 Back in September 2019 (during what some might call "the before times,"), half a million people joined a half-serious Facebook group called "Storm Area 51, They Can't Stop All of Us." The group's name was self-explanatory: These people had heard the notorious conspiracy theory that the American government possesses evidence of extraterrestrial life at the Area 51 facility near Groom Lake in southern Nevada. With varying degrees of sincerity, they insisted that the government had a responsibility to disclose what it knows about the possibility that UFOs have visited Earth.

Three years later, we may not know much more about the secretive Area 51 military installation, but NASA is creating an investigative team animated by the same curious spirit as that Facebook group. In NASA's own words, when this team gets started in the autumn, it will "examine unidentified aerial phenomena (UAPs) – that is, observations of events in the sky that cannot be identified as aircraft or known natural phenomena – from a scientific perspective."

The US space agency is not claiming that extraterrestrial life exists, they note. Their stated mission is instead to protect national security; make sure that UFOs don't endanger aircraft; and otherwise serve practical needs. Over a period of nine months, experts in aeronautics, data analytics and a range of relevant scientific disciplines will analyze information about UAPs from a comprehensive spectrum of sources.

"Given the paucity of observations, our first task is simply to gather the most robust set of data that we can," astrophysicist David Spergel, who is leading the independent study team, said in the official NASA statement. "We will be identifying what data – from civilians, government, non-profits, companies – exists, what else we should try to collect, and how to best analyze it."

Daniel Evans, the assistant deputy associate administrator for research at NASA's Science Mission Directorate, also claimed in the statement that the team's findings would be open to the public.

"Consistent with NASA's principles of openness, transparency, and scientific integrity, this report will be shared publicly," Evans explained. "All of NASA's data is available to the public – we take that obligation seriously – and we make it easily accessible for anyone to see or study."

Until relatively recently, mainstream scientists largely refused to accept that reports of UFO sightings should be taken seriously. NASA's science mission chief, Thomas Zurbuchen, acknowledged during a webcast to the National Academy of Sciences that some establishment scientists may view NASA as "kind of selling out" by launching this study. Zurbuchen made it clear that NASA is not doing this to pander to public interest but because there are sound scientific reasons for inquiry.

"We are not shying away from reputational risk," Zurbuchen explained. "Our strong belief is that the biggest challenge of these phenomena is that it's a data-poor field." Both in their official written statement and during a call with reporters, NASA characterized this program as in the same spirit as their other ongoing astrobiology and outer space exploratory projects.

"Over the decades, NASA has answered the call to tackle some of the most perplexing mysteries we know of, and this is no different," Evans told reporters during the call.

The recent shift in public attitudes toward UFOs were prompted by a number of different prominent news items. Five years ago, scientists discovered an elongated interstellar object passing through the solar system called 'Oumuamua, which had properties that were so unusual that some experts like Harvard physicist Avi Loeb believe it had all the signs of being an extraterrestrial spacecraft. In 2018 Luis Elizondo, who had been the program director of a group called AATIP (Advanced Aerospace Threat Identification Program), revealed that he had resigned and released videos of fast-moving, unidentified aircraft observed by the government. A 2019 Pentagon report acknowledged that five Navy pilots had seen UFOs while engaged in training maneuvers off the aircraft carrier Theodore Roosevelt in 2014 and 2015.

In April, more than 1,500 pages of AATIP documents were declassified, revealing that people who claimed to have interacted with UFOs reported similar symptoms such as heart ailments, sleep disturbances, and injuries consistent with exposure to electromagnetic radiation (such as burns). The documents also disclosed that former Sen. Harry Reid, a Nevada Democrat who served as Senate Majority Leader from 2007 to 2015, repeatedly tried without success to learn more about UFO technology, which he believed had been acquired by government contractors and was being concealed from the public. One document, for instance, shows Reid asking for a "restricted special access program" for work being performed by BLASS (Bigelow Aerospace Advanced Space Studies), which had been awarded a $12 million contract to study "advanced aerospace weapon threats from the present out to 40 years in the future." Although BLASS claimed to have found "several highly sensitive, unconventional aerospace technologies" which needed "extraordinary protection," Reid was not allowed to investigate at the level he felt was necessary. He also suspected that Lockheed Martin, the American aerospace firm, had recovered fragments from a UFO that had crashed in the United States.

"I was told for decades that Lockheed had some of these retrieved materials," he told The New Yorker prior to his death in 2020. "And I tried to get, as I recall, a classified approval by the Pentagon to have me go look at the stuff. They would not approve that. I don't know what all the numbers were, what kind of classification it was, but they would not give that to me."

For more Salon articles on UFOs: