Penélope Cruz dominates in "Official Competition," a delightful satire about ego and filmmaking 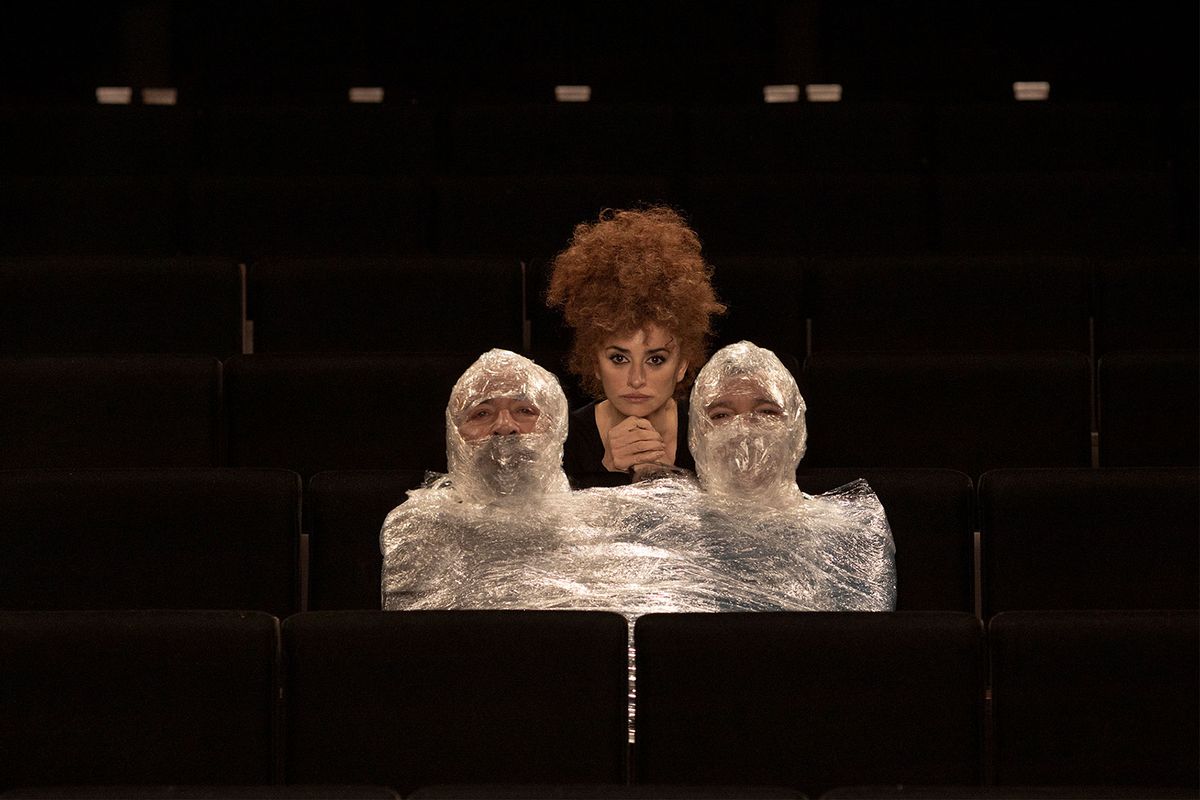 A satire about egos and moviemaking, "Official Competition" is a fun film about various characters manipulating things for their own, selfish agendas. Directed by Argentinian filmmakers, Mariano Cohn and Gastón Duprat (both of whom cowrote it with Gastón's brother, Andrés), this wily comedy is set in Spain where the wealthy Humberto Suárez (José Luis Gómez) as just celebrated his 80th birthday. Reflecting on his legacy, Humberto wants to be remembered "by something that lasts — like a bridge, or a movie!" He decides to produce a great film and buys "Rivalry," a Nobel prize-winning novel for the esteemed filmmaker, Lola Cuevas (Penélope Cruz), to direct.

Humberto has not read the book, so Lola spellbindingly recounts its knotty plot about Manuel, who sends his brother Pedro to jail for killing their parents in a drunk driving accident. While Pedro is in jail, Manuel has a romance with Lucy, a prostitute. However, when Pedro is released, he falls in love with Lucy which causes more tension between the brothers. Lola is going to adapt this story "loosely," and confirms that she will hire the master actor Iván Torres (Oscar Martinez) to play Manuel, and movie star Félix Rivero (Antonio Banderas) for Pedro. The two actors, who have never performed together, hate each other. A rivalry, indeed, ensues.

RELATED: "I decide with my heart": Penélope Cruz on her marriage, career and working with Pedro Almodóvar

Banderas gives a sly, knowing performance that shows he knows exactly how vainglorious Félix can be ...

The juiciness of "Official Competition" is in the way Iván and Félix try to one-up the other with passive-aggressive behavior — like making the other wait — or aggressive-aggressive behavior, as when they literally fight. One name-calling sequence is amusing, but it turns out to be an acting exercise Lola uses to prepare them for an intense scene. Lola has unorthodox methods and exercises for her actors. One involves them having to perform a scene under a giant boulder dangling above their heads "to feel the weight" of the emotions. Another has them literally tied up together "to lose all autonomy" and "be as one," while something drastic happens. As the rehearsals and experiments continue, both actors are not opposed to lying to prove that they are the better performer. And if they humiliate the other in the process — even better.

Cohn and Duprat are deliberately, deliciously playing into this discussion of talent vs. fame, by having these two men in an extended (and heated) d**k-measuring contest. They represent high and low art and compete about everything from their pay to the number of awards they have received. In one of the funniest macho-posturing sequences, both men have to kiss Diana (Irene Escolar), Humberto's daughter, who has been cast as Lucy, their mutual love interest in the film within a film. Félix goes first, and crassly apologizes to her for "either having an erection, or not having one," as he smooches her passionately. Iván follows with a more romantic lip lock. But, of course, it is Lola who shows both of these men how to make Lucy swoon. That Humberto must excuse himself during this demonstration is especially funny. 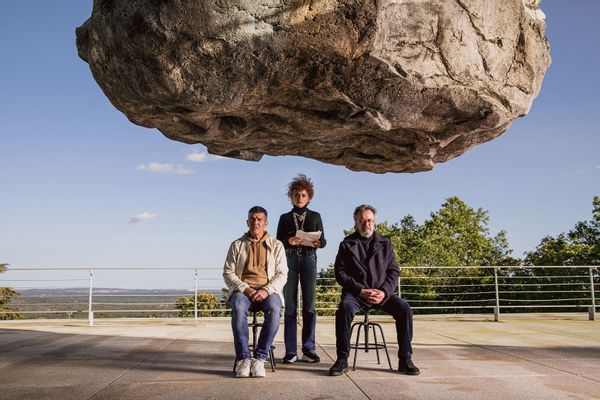 "Official Competition" does not hold many narrative surprises — each scene or episode practically telegraphs its point before it makes it, but that is not a drawback. Nor is the fact that the film is hitting for the very broad targets it aims at, such as Félix's specific demands about the food he will eat — e.g., it must be made in Spain. Likewise, when Iván and his wife, Violeta (Pilar Castro) are listening to an avant-garde recording, he asks, "Can you hear the dirt in the background?" it is quite amusing, and the scene goes on to further puncture his pretentiousness.

Neither man can compete with Penélope Cruz who is a pure delight as Lola.

The casting of the celebrated Argentinian Martínez (who starred in the directors' 2016 film, "The Distinguished Citizen") against the Hollywoodized Banderas is part of the film's joke. Iván is principled, and Martínez is dryly funny making a pointed comment that he doesn't want to be the Latino who put a bit of color into Hollywood (read: Banderas) — even practicing his speech rejecting an Academy Award in front of a mirror.

Banderas gives a sly, knowing performance that shows he knows exactly how vainglorious Félix can be, without going too far. (He wisely never gets winky-winky). His flashy clothes provide fun character details, and Banderas is a hoot as Félix does his "method" prep work, which annoys Iván no end. Even better is Banderas' eyeing Lola with lust when she soothes a cut on his cheek during a rehearsal. The actor is clearly enjoying his role, especially during a confessional moment where he appears in closeup on a screen behind him as he is emoting.

But as with the aforementioned kiss, neither man can compete with Penélope Cruz who is a pure delight as Lola. Coiffed with big, busy hair, and sporting fabulous designer costumes, she dominates every scene, even if she is only playing the actors (and their egos) off each other — and developing contempt for them both in the process. At one point, Lola is seen flossing in her hotel room as a way of releasing stress, a completely superfluous moment, but one that is welcome, nonetheless. (It, along with another dance scene, are likely nods to the directors' fantastic documentary, "Living Stars" which features ordinary folks dancing on camera.)

"Official Competition" also features a wonderfully minimalist set in Humberto's headquarters, which adds to the film's glossy style and commentary about superficiality and ego.

Near the end of the film, a character poses the question, "When we think a film is good, is it good?" which forces viewers to confront their thoughts on the meta-movie, "Official Competition." Cohn and Duprat's film is very good indeed.

"Official Competition" is now in theaters. Watch a trailer, via YouTube.