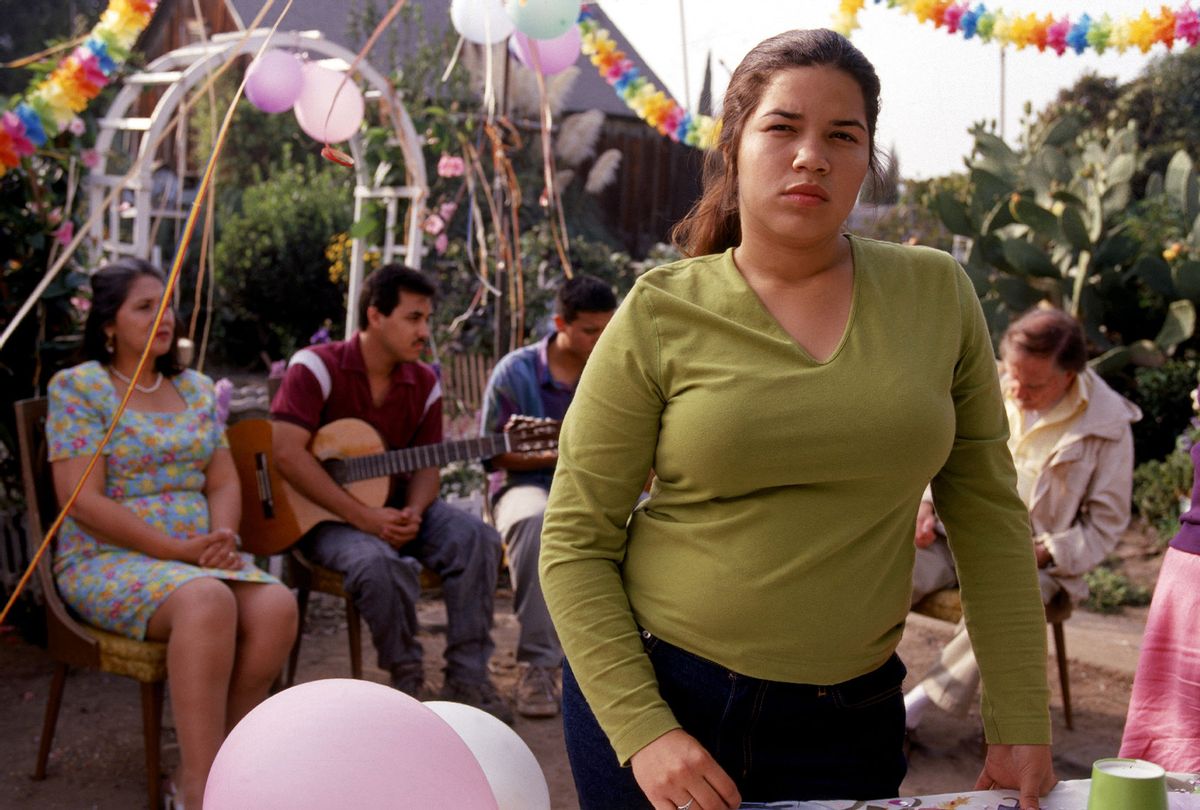 The lack of Latinx American filmmakers is troubling — especially considering that the Latinx community is the largest non-white moviegoing audience in the United States. In fact, Latinx viewers were 24% of the audience for the first Paul Walker/Vin Diesel "Fast and the Furious" film,and were 38% of the audience for the sequel, "2 Fast 2 Furious," according to Target Latino.

However, there are too few mainstream Latinx American directors. Miguel Arteta was the rare Latinx writer/director to have a feature released theatrically this year — the Tiffany Haddish-Rose Byrne-Salma Hayek comedy, "Like a Boss." And Robert Rodriguez, arguably the best known Latinx American filmmaker working regularly in Hollywood, has his new film "We Can Be Heroes" coming to Netflix Jan. 1.

But these men (and they are mostly men) are the exceptions. Gregory Nava, who made the landmark Oscar-nominated "El Norte" back in 1983 and "Selena" in 1997, has not directed a film since 2007. And indie filmmaker Victor Nuñez, who helmed the Oscar-nominated "Ulee's Gold," has not made a feature since 2009.

More often than not, when films are made for a Latinx audience, Latinx American directors are not hired. Take for example two films from last year, the American remake of the Mexican hit "Miss Bala" starring Gina Rodriguez, directed by Catherine Hardwicke and "We the Animals," director Jeremiah Zagar's adaption of Justin Torres' novel. Both films were good, but what might they have been with Latinx talent behind the camera?

Why does Hollywood not provide Latinx American filmmakers with the opportunity to create work for their community? Moreover, why is Hollywood not telling more Latinx stories? There is a significant audience hungry for Latinx American cinema in general, and films that go beyond the tropes of gangland and immigrant tales in particular. Actors and directors want to work and tell their stories. They often have to create their own projects because they are being largely ignored by the studios.

In fact, there is a campaign, the "Untitled Latinx Project," that started to lobby studios at the end of Hispanic Heritage Month in October this year, demanding "systemic change in our industry" in a document called, "La Letter." The project is challenging Hollywood to not just create opportunities but also increase representation for Latinx as well as Black and Indigenous members of the film and TV community.

Josefina Lopez was one of the many Latinx talents who signed "La Letter." She wrote "Real Women Have Curves," a hit 2002 indie film that won the Audience Award and Special Jury Prize at Sundance. Lopez has encountered more roadblocks than inroads over her 30+ year career. She talked with Salon about the trials and tribulations she has experienced in the industry, and what she'd like to see changed. While Lopez speaks from personal experience, many of her observations echo what other people of color encounter working in the film community.

"I've been at this since I was 18, and I have been asked to write a lot of gang movies. That's what executives think is commercial and gets made," she said. "We are sold as dangerous people you should be afraid of. I've had so many white directors approach me about gang films, or tell me how they're making a movie about gangs not knowing anything about my community. I say, 'I don't exploit our community's suffering.'"

Nevertheless, she acknowledged, "Everyone does gang movies because they get distribution. I've been writing about successful, educated, Latinos, but I can't get those [films] made. I wrote a film about a Latina running for mayor 30 years ago, but it was too controversial. I don't have any gang experience. No one ever recruited me! [laughs] I did write immigrant films because I am an immigrant and know that experience. I wrote about a Latina going to Paris in my novel, 'Hungry Woman,' and I am trying to make that movie. The other story that now sells is about coyotes [people smugglers] and the undocumented — and I've been writing about that for 30 years."

Her frustration with the industry is palpable. When "Lady Bird" won two Golden Globes and was nominated for five Oscars, Lopez was crying because the film was basically the story of "Real Women Have Curves" but with a skinny white girl.

"Why aren't there Latinos?" she asked, bemoaning the heartbreak of being made to feel invisible. Even when she was an undocumented youth and saw the rare Latino character on TV, they were inevitably criminals or maids. She recalled, "It really hurt so much as a little kid to feel not real. When you are a kid and hiding and feel you don't have the right to be a human; your pain does not matter. At 16 'a.k.a. Pablo' came on TV. I was so excited. Finally, Latinos on TV! A Mexican family! I was devastated when the show was canceled after like six episodes. Why can't we see 'The Lopez Bunch?' That's why I devoted my life to writing — because my story matters, my pain matters."

The idea of never having to see storytelling from a perspective other than a white masculine, western point of view, is what Lopez calls, "White Writer Privilege." She explains how this kind of thinking creates blind spots in terms of Latinx and people of color being seen. White writers should ask, "Am I the right person to tell you the story?" and "Could this story be done justice by a person from that community?" When White Writers tell stories about people of color, they can damage the community with their ignorance and even get people killed. Lopez said, "White people love everything about our culture — except us."

One story from her career is particularly telling. Lopez was up for a job for writing a TV show about a maid who gets bitten by a mosquito that gives her a superpower and cleans better. She asked the producer, "Why, if she has superpowers, would she still be a maid?" and justified her query, stating, "I have to ask this. People will ask me, 'Why would you take on this project?'"

Or there was the time when Lopez pointed out that a producer had said something "subtly racist" in a meeting, even though she knew speaking up could cost her the job. Afterward, her representative advised her to "tone it down," and that the producer thought she had "a chip on her shoulder."

Ask Lopez about a "watershed" Latinx film on a par with "Crazy Rich Asians" or "Black Panther" – films starring predominantly POC casts that became crossover megahits with all audiences — that she would like to see get made and she will mention "Rain of Gold," a classic Mexican American immigrant experience novel. "It would be our 'Roots,' she said.

However, Lopez knows that getting a project like "Rain of Gold" made would require financing and distribution, which could be difficult to obtain. She observed, "You can produce a feature, but if you can't get stars, then you can't get distribution. Producers produce what's safe: books and brands. Latino stories have to have a book attached, and that limits what is commercial. One thing I'm focusing on is horror because Latinos love horror. It's commercial and cheap. I wrote 'Lola goes to Roma,' which takes Latinos out of East LA and puts them in Europe. I have so many more movies to come."

Lopez has a message to the executives and producers who decide which stories get told on screen. "You have a lot to learn from us. We're trying to teach you a lesson and you're refusing to learn. I don't want you to feel sorry for me — but see the people you judged," she said. "We are resourceful and resilient, and you can learn from us. I have an immigrant's drive. We've had to be creative and have dignity to survive, and in my writing, I celebrate that. A lot of problems that have been created by white men can only be solved by women and people of color. The new form of storytelling is that it takes a community to solve a problem instead of just a white guy saving the day by himself. When people feel connected to themselves and each other, anything can be transformed and healed."

However, it may be some time before Lopez gets to realize all of her Latinx Hollywood dreams. According to Gladys Rodriguez – a member of the Untitled Latinx Project and a writer/producer for "Sons of Anarchy" and "Vida" – since the "La Letter" call to action went out in the fall, to date "no studios or companies have been in touch."