In "The Infiltrators," immigrant activists get willingly detained for a "jail break in reverse"

"It's a bizarre, nightmarish reality inside these detention centers," the filmmakers tell Salon 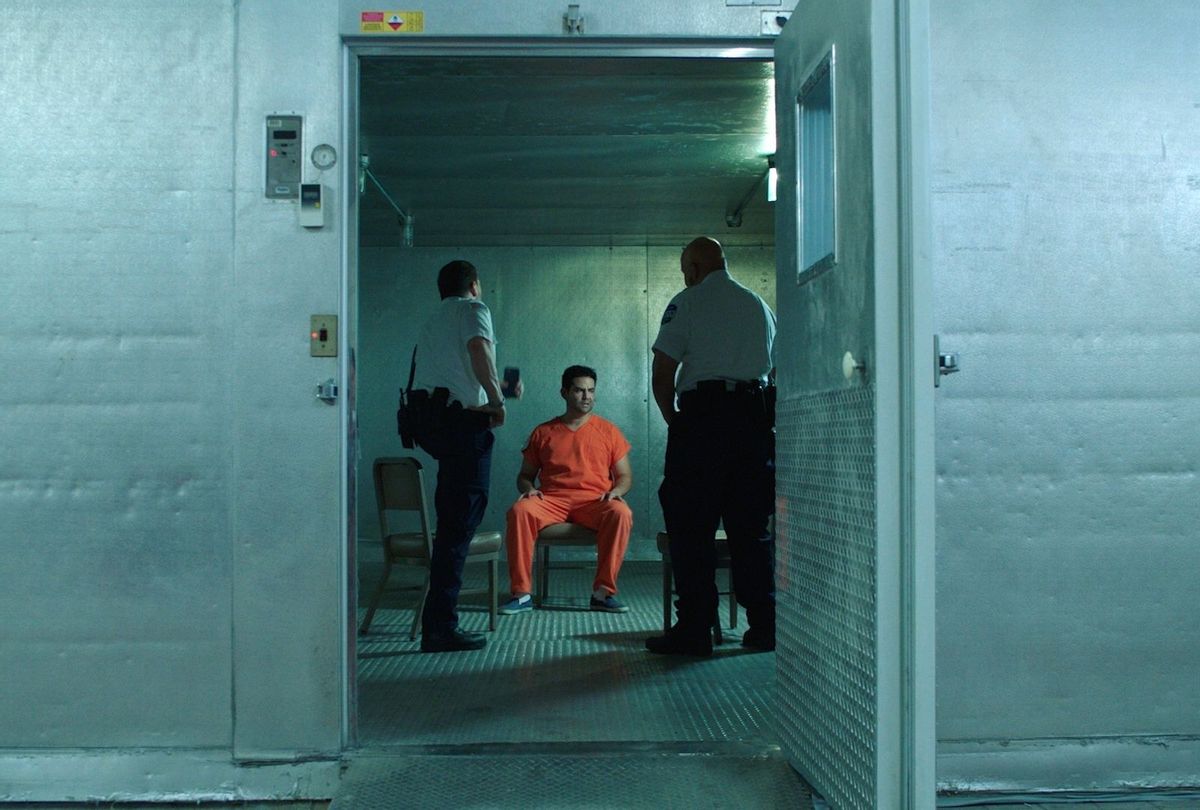 "The Infiltrators," available on demand June 2, is a remarkable and inspiring film about the National Immigrant Youth Alliance (NIYA), an activist group whose members deliberately get detained. They do this to help get undocumented men and women released from detention centers by working from inside. The film, directed by Cristina Ibarra and Alex Rivera, mixes documentary footage and recreation — because it could not be shot in real life — to chronicle several cases of detained immigrants ordered for deportation. The film, which is set in 2012, also depicts the work of the undocumented and unafraid activists, from Mohammad, the gay, undocumented Iranian leader of NIYA, to the two "infiltrators," Marco (played by Maynor Alvarado) and Viri (played by Chelsea Rendon), who dismantle the system from within.

What emerges is a fascinating investigation of how the NIYA organize, escalate, and plan to shut down the system, operating in and out of the Broward Detention Center in Florida, where many undocumented immigrants are warehoused. (The Center, which detains approximately 600 men and 100 women, is described as a "black box.") "The Infiltrators" is illuminating as it shows how Marco, Viri, Mohammad, and the other members of NIYA navigate the system and create networks to pass critical privacy waivers to the outside to help those on the inside, who have been denied asylum, or arrested when reporting domestic abuse.

The film's directors spoke with Salon about their film.

How did you find the story of the National Immigrant Youth Alliance?

Alex Rivera: Both Cristina and I come from cross-border immigrant families, and we've been doing work on border issues for about 20 years. Around 2010, we saw undocumented youth risking deportation as part of acts of radical protest. This was before DACA and Dreamers. It was powerful and dramatic, and we thought there would be a nice short film in there. We started to film, and as the group did one action, and then another, and then another, the story kept happening. So, we pivoted towards working with the group, and we worked for two years. We had the story of the infiltrators, with incredible characters, and a beginning, middle, and end. That's how we ended up on the ground during the infiltration. But even being there while these events happened, we had only the outside half of the story. The detention center was a space that we couldn't get into. We didn't have access to that — because the government and the corporations that run these detention centers prohibit journalists from going in and having access to see what these facilities are like. It was a jail break in reverse! So, we had to get creative to depict the part of the story we weren't allowed to see.

What was your criteria for the case studies you depicted in the film?

Cristina Ibarra: It was incredibly easy to follow the lead of the actions as we observed the organizing on the outside. There were cases that stood out. And we could go back and decide whether people wanted to reveal their identity or do a composite.

Rivera: The work of the infiltrators was to go in and learn these stories. It went from anonymous people to a fountain of human drama — all these epic stories of the people inside. We followed the activists' lead to see which ones to highlight.

What did you learn about the process of detention and the work involved in securing release for detainees?

Rivera: For us, it was a similar process of learning and discovering and realizing that it's common sense. Inside this facility you find fathers and mothers, and sometimes children, who want to stay in this country. They are hoping to stay. So, there are all kinds of strategies, even legal ones, to do that. But outside, there is activism and resistance and finding ways to slow down or stop these deportations. It was a simple [process], but a powerful one. There has always been immigration resistance, creativity and strategies to detention, which has been in this country for 130 years.

The NIYA has a really engaging leader in Mohammad. His story could probably make a documentary as interesting as Marco and Viri's stories. What can you say about Mohammad, and his participation in the film? It is risky to expose him, no?

Rivera: Mohammad is a visionary leader and a chief strategist of the NIYA. We made the film with several missions, but one is that this organization goes down in history as a visionary group fighting this system when very few people were. Mohammad's leadership should be memorialized. We're a little afraid that the history books will say Obama gave Dreamers protection, but the Dreamers fought intensely and creatively for that. Mohammad's a brilliant strategist, and wily and funny. He saw the value of this story being amplified this way. We hope this film continues to provide a more accurate record of the Obama administration, and what was won and lost.

Ibarra: Mohammad was one of the first to create this kind of action, with sit-ins. No one had done this. He took a huge risk, and he wasn't sure he'd be going back [to his American] home at night. He developed knowledge and a survival guide for people who want to organize.

I like the comment in the film, "Our power as an immigrant is to do the opposite of what's expected" — meaning, to not run and hide from the cops, but to confront them. Or for Viri, to play up the stereotype that Dreamers are trying to debunk in order to get arrested and work from within. Can you talk about those paradoxes, which are so fascinating?

Rivera: We found them fascinating, too. We have undocumented family members and are used to the idea of staying in the shadows. When this story unfolded, the NIYA cracked the code — if you are found in the shadows, ICE will deport you. Deportation took 400,000 [people] a year under Obama, a record that is not matched by Trump, who is deporting 230,000. But, if you can get on TV and make noise on the media, and you could shame these people, you could beat the system. It opened up this upside-down world. Safety was in the sunlight, and through organizing and making noise.

Ibarra: At the time when they were developing this tactic, it was very controversial and not embraced by everyone in the movement. It was radical, like the Act Up of the undocumented.

It's powerful when Viri tells her parents that the reason for getting arrested was "Because these people could be you." What observations do you have about the personal risks and reasons these infiltrators did this? I admire their actions, but I'm not sure I could do it!

Rivera: We couldn't do it either!

Ibarra: We're observers, and growing up, I heard stories about my undocumented father when he was the age of Marco and Viri. I would think of him when I saw VIri. I don't think he would have thought of doing something like this. But the infiltrator's actions represent an empowering resistance to this stereotype. Viri is taking her power and protecting her family.

You hint at the prison industrial complex and the millions generated by detention centers such as the one featured in the film. Can you expand on this "follow the money" aspect of the story?

Rivera: Overall, the perspective of the film is character first and street-level point of view. They infiltrate the center and the cells, but they didn't infiltrate the boardroom or the financial structure. You get a whiff of it, but you don't get the capitalist logic. But it's there, and we hope it provokes people to learn more about it. It's a disturbing story. This facility was operated by the GEO Group, which is the second largest private prison company. It's publicly traded on the stock market, and in the facilities they run, the labor force is immigrant detainees. They garden, do haircuts, and clean, and get paid $1 a day. And phone calls cost $1 for a few minutes. It's a bizarre, nightmarish reality inside these detention centers.

You don't explain exactly what happens to some of the subjects featured in the film. Can you discuss why?

Ibarra: It definitely was a deliberate choice to end with uncertainty and this question mark of a character driving to meet with ICE. Will he be detained again? When we finished the film, [he] was very much in limbo.

Rivera: The feeling we wanted to leave people with was:  You win the battle, but no one knows the war. The war continues. We captured a moment in time where there was a crack in the system and hope for this group expanded. Looking back, we know it was fleeting, and the ground has shifted.

"The Infiltrators" is currently available everywhere on VOD.