An empire state of mind: The science behind what makes patriots susceptible to becoming nationalists 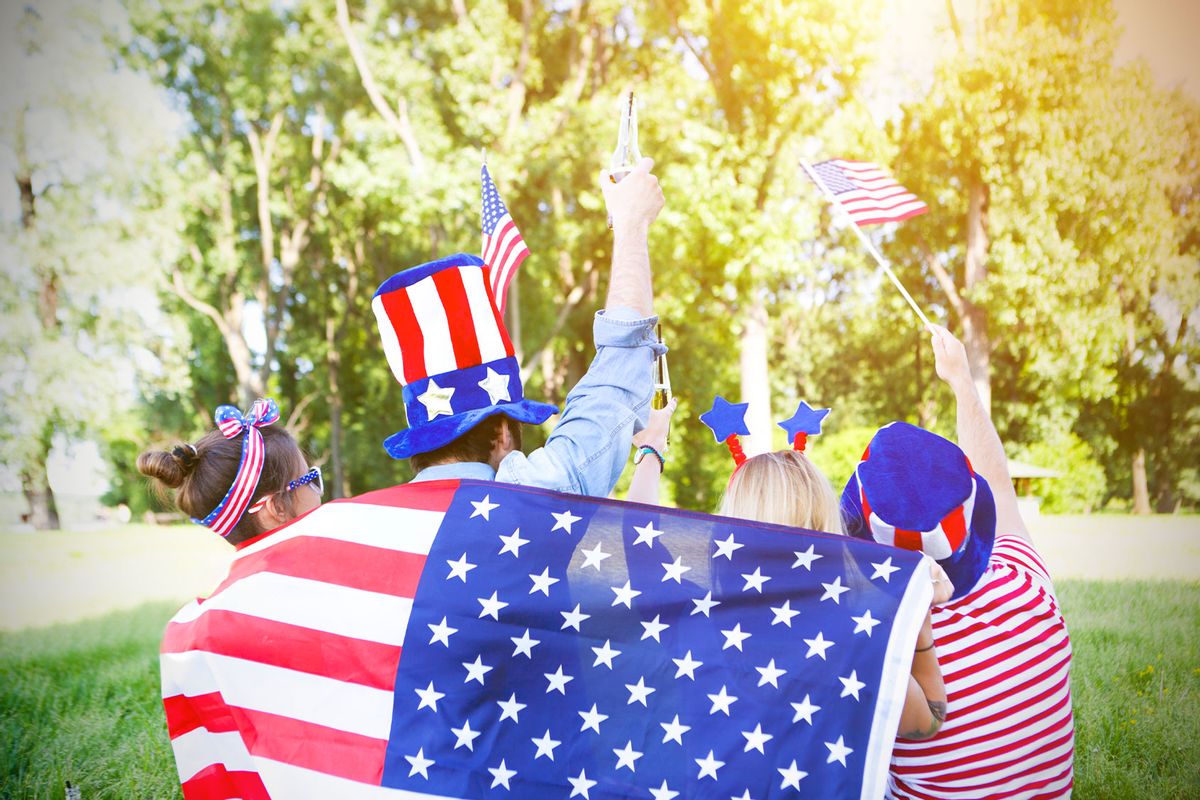 The famous British writer Samuel Johnson once criticized a political opponent's self-described patriotism by memorably pointing out that "patriotism is the last refuge of the scoundrel." Although Johnson lived before the advent of psychology and modern brain science, his observation has been at least partially vindicated by experts in subsequent centuries.

This does not mean there is anything wrong with celebrating the 4th of July with fireworks, good movies and learning about the founding fathers (even when it includes some ugly details). Feeling good about one's nation and your place in it is patriotism. But these days, many conflate patriotism with its more extreme cousin nationalism, which is predicated on superiority and competitiveness. You cannot merely be proud, but you must be proud of your nation's dominance – which means that you think in terms of winners and losers, friends and enemies.

Nationalism, because of its inherently tribal nature, can be as dangerous as the most potent illicit drug if the sentiment is used improperly.

One of the most famous early intellectuals to articulate a conclusion along these lines was Benedict Anderson, an Irish-American historian and political scientist. In his influential 1983 monograph "Imagined Communities: Reflections on the Origin and Spread of Nationalism," Anderson observed that nations are "imagined political communities" in that the nature of the community itself is, in a literal sense, rather arbitrary. Prior to the Middle Ages, people derived equivalent identities from things like their religious affiliations or loyalties to particular monarchical lines.

This changed during the Enlightenment period for a number of reasons: Latin was replaced among political leaders by their local vernaculars, capitalism cultivated a new class of business leaders that wanted to control the state, the Reformation weakened the power of the Vatican, royal governments were on their way out as democratic movements popped up everywhere, and the printing press allowed people to feel kinship based on common languages and geographical landmarks. Even the Western world's collective sense of time shifted from a theological to a more secular perspective, particularly as literacy became more prevalent.

Prior to the Middle Ages, people derived equivalent identities from their religious affiliations or loyalties to particular monarchical lines.

When combined, each of these factors led people to crave a new sense of community. Hence we have the popular notion that one should feel a sense of community with others based on being part of a common "nation," which by definition is imagined because members have a sense of "horizontal comradeship" even though they have never met and often come from radically different backgrounds.

In theory, this may seem harmless, but as the bloody nationalistic wars that have marred human existence since the late 18th century prove — World War I perhaps most prominent among them — people are willing to kill for, and die for, their nations.

Even when the behavior is not seen as that extreme, nationalism can still bring out the worst in people. Take President Donald Trump, who psychologists noted has stimulated narcissistic behaviors in his followers by virtue of creating a cult of personality around his own seemingly narcissistic traits. While Americans were justifiably alarmed at that phenomenon, Trumpism is hardly alone or novel in tapping into collective narcissism. And what this leads to is not encouraging.

Writing for the journal Political Psychology in May, a group of American and British researchers examining Polish politics found that "national collective narcissism" tends to go hand in hand with nationalism, and additionally winds up being a strong predictor of whether a given person will hold nationalist sentiments. They concluded that "our analyses thus provide evidence that nationalism may be rooted in narcissistic exaggeration of the greatness of the national in-group rather than non-narcissistic national in-group satisfaction" — in other words, people are likely to hold nationalist views if they're already susceptible to narcissistic political styles.

"When people are made to feel insecure and anxious by being reminded of death, they tend to become more concerned with identity values such as nationalism."

Therefore, nationalism – which was created to form a sense of community – can bring out toxic traits in people. In addition, it is fueled by humanity's deepest insecurities and fears. (Hence the nationalist furor whipped up by a pandemic.) English author and psychology lecturer Steve Taylor PhD expressed a similar perspective in a 2020 article for Psychology Today.

"In my view, it makes more sense to explain modern day nationalism in terms of psychological factors," Taylor wrote. "There are some clues from the psychological theory of Terror Management. This theory — which has been validated by many studies — has shown that when people are made to feel insecure and anxious by being reminded of death, they tend to become more concerned with identity values such as nationalism, status and success."

To be clear, these sentiments do not only fuel nationalism. Arash Javanbakht, a psychiatrist from Wayne State University, further elaborated on the downsides of nationalism in a 2019 article from The Conversation:

"Tribalism is the biological loophole that many politicians have banked on for a long time: tapping into our fears and tribal instincts," Javanbakht wrote. "Some examples are Nazism, the Ku Klux Klan, religious wars and the Dark Ages. The typical pattern is to give the other humans a different label than us, and say they are going to harm us or our resources, and to turn the other group into a concept." Nationalism, while not the only manifestation of this tendency, is certainly one of the most prominent.

For more Salon articles on psychology: