"Girl in the Picture": The 6 most horrifying revelations in Netflix's true crime doc 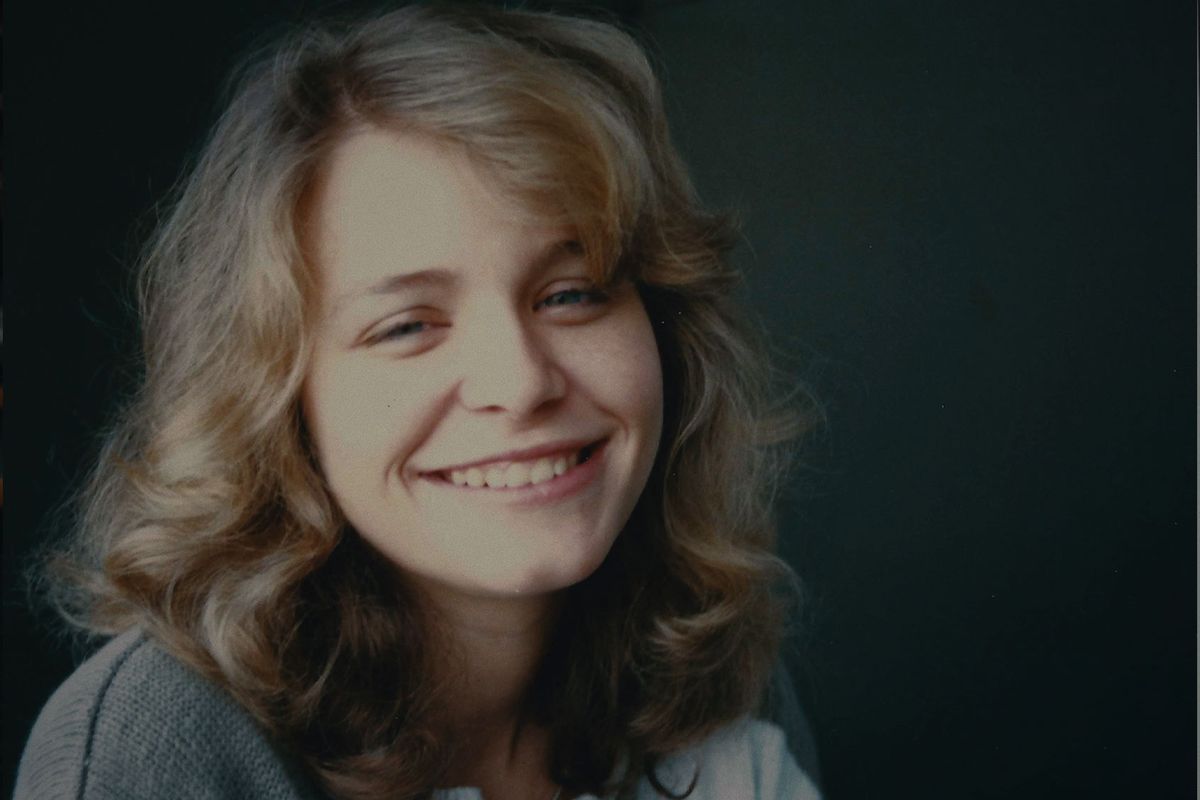 Tonya in "The Girl in the Picture" (Netflix)
--

Netflix's latest true crime feature "Girl in the Picture" wastes no time in revealing the horrific details of the alleged hit-and-run-death of a 20-year-old woman named Tonya Hughes.

Tonya's body was discovered in April of 1990 by a group of men, who noticed strange amounts of debris accumulating at the side of the road while driving along an Oklahoma City highway. Tonya suffered from head injuries and was taken to a nearby hospital, where doctors found her covered in old bruises. Five days later, she was pronounced dead.

RELATED: The 6 most disturbing John Wayne Gacy moments from Netflix's "Conversations with a Killer"

Discovering her identity was just the beginning of uncovering the web of mysteries, deception and tragedy that surrounded her life. And as the documentary delves deeper, the revelations become increasingly shocking and horrifying.

On the surface, it seemed that Tonya had worked as a dancer at Passions, a strip club based in Tulsa, Oklahoma. She was married to Clarence Hughes, a man who was significantly older than her, and together, they had a 2-year-old son named Michael Anthony Hughes. Friends of Tonya remembered her as a kind, affectionate and hard-working young woman. But what they didn't know was that her identity — along with the identity of her so-called "husband" — were all fake. The real Tonya Hughes had died 20 years prior, at just 18 months of age.

So who was Tonya really? And why was the hoax perpetrated?

The ensuing investigation grew murkier a few years later, when Michael was kidnapped by an estranged Clarence. Underneath these string of crimes was a darker story of fabricated relationships, violence and longstanding sexual abuse. 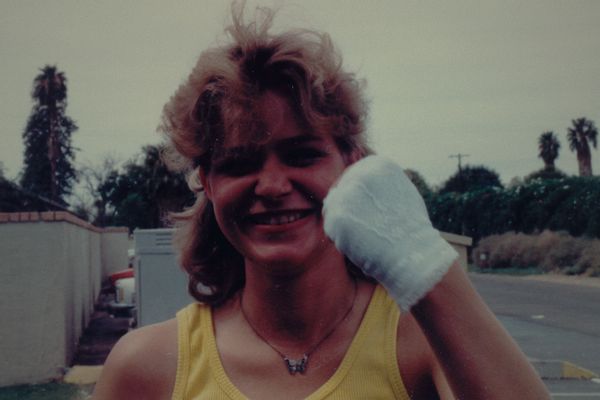 Tonya in "The Girl in the Picture" (Netflix)

Karen Parsley, a fellow dancer at Passions and a close friend of Tonya's, said she grew suspicious of Tonya and Clarence's relationship after seeing Tonya's bare body while changing in the strip club locker room. Parsley noted that Tonya had bruises along her entire back, which got worse over time.

"She said she'd slipped and fallen, but I knew different," Parsley recalled sadly. "And it was bad. And it got worse. It kept getting worse."

Parsley was one of the few individuals who visited Tonya at the ICU following her fatal accident. There, she noticed Tonya had scratch marks across her chest, as if someone had tried to claw her.

"To me, it looked like she had been in a fight," Parsley said, adding that the nurses also suspected the situation to be foul play and not a hit-and-run.

"Her vital signs were stable. But she seemed to have a sinking spell and it . . . it was a mystery to me," said Dr. Charles Engles, a neurosurgeon who treated Tonya. 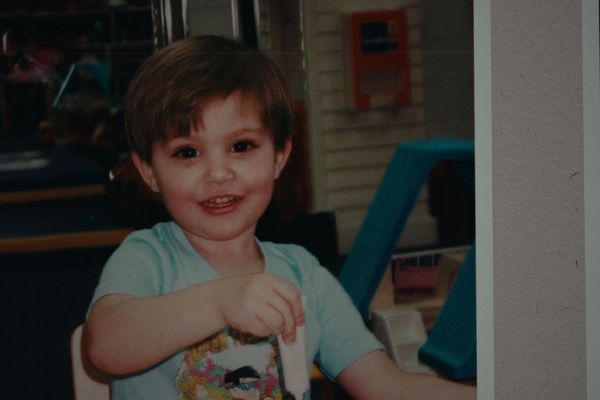 Michael in "The Girl in the Picture" (Netflix)

On May 1, 1990, just one day after Tonya's death, Michael was sent to go live with his new foster parents, Merle and Ernest Bean. The decision greatly upset Clarence, who fought hard in court to gain custody of Michael.

"My son is punished for wanting to see his dad," Clarence claimed in an old clip from a court hearing. "Locked in his room, and his toys are taken away, and he's told that his dad's a mean man."

Clarence's parental rights were soon terminated, which fueled his violent attempts to get back Michael. Merle and Ernest said Clarence regularly stalked their family and drove in circles around their house to intimidate them. In September of 1994, Clarence kidnapped Michael along with his school's principal, James Davis, at gunpoint. Davis was later found in the woods, handcuffed to a tree with duct tape across his mouth. 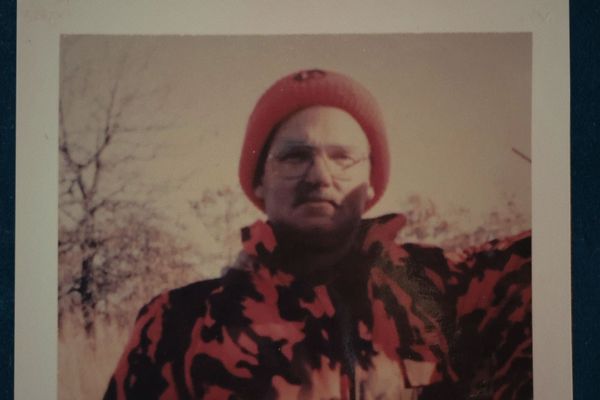 Clarence in "The Girl in the Picture" (Netflix)

Joe Fitzpatrick, a special agent with the FBI, found that Clarence tried to collect Tonya's life insurance policy back in 1990 and used a social security number that didn't match with his current name. The number he provided was for a man named Franklin Delano Floyd, which turns out to be Clarence's real name.

His criminal records revealed that in 1962, when Floyd was just 19 years of age, he abducted and raped a young girl. He robbed a bank in 1963 and was released from a halfway house in 1972. In 1973, Floyd attacked a woman and was subsequently charged with kidnapping. He was then arrested and posted bail but failed to appear in court for trial. According to Fitzpatrick, Floyd had been on the run ever since and remained a fugitive for almost two decades. 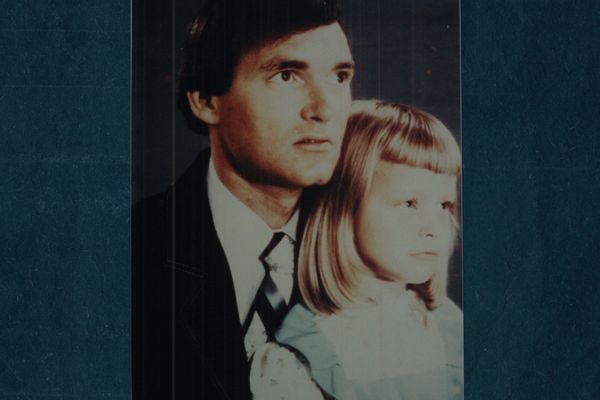 Clarence and Tonya in "The Girl in the Picture" (Netflix)

Like Floyd, Tonya had several aliases. One of the names she went by was Sharon Marshall, which she used while attending high school in Georgia. Tonya's childhood friends — three of whom are featured in the documentary — said it was both shocking and confusing to watch news reports of Sharon, who was commonly known as Tonya.

Jenny Fisher, one of Tonya's close friends from summer camp, said Tonya grew up in a strict yet strange household. She recalled that Tonya only lived with her father after her mother was killed in a car accident. Jenny also noted that Tonya oftentimes grew anxious when around her father, who kept her under lock and key at home.

In the documentary's most horrifying moment, it's revealed that the man who had acted as Tonya's father was . .  . Floyd. And the confusion doesn't end there. In Oklahoma, Floyd (a.k.a. Clarence) and Tonya were husband and wife. But in Georgia, Floyd, who went by the name Warren Marshall, and Tonya (a.k.a. Sharon) posed as father and daughter.

And the FBI discovered that in 1989, both Sharon and Warren changed their names to Tonya Tadlock and Clarence Hughes before getting married in New Orleans.

Later, it's finally revealed that Tonya — whose birth name is Suzanne Marie Sevakis — was kidnapped as a young girl by Floyd, raised as his "daughter" and later became his wife by force. 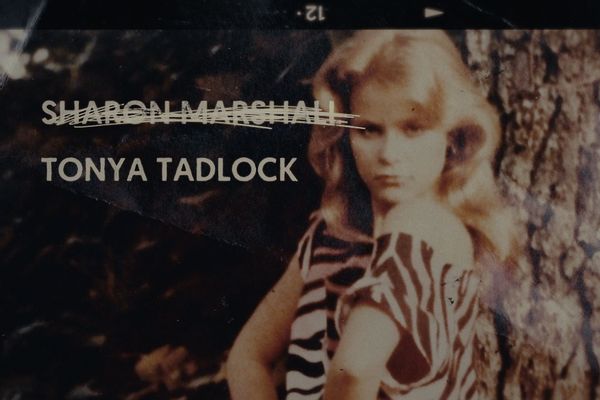 Tonya in "The Girl in the Picture" (Netflix)

Fisher recounted a sleepover at Tonya's house, where Tonya displayed her collection of suggestive lingerie, which was all given to her by her "father."

When the two girls were changing into their pajamas, Floyd stormed into Tonya's room — which only had a thin curtain for a door — holding a gun and maniacally yelling at both Fisher and Tonya.

After the girls finished changing, they were once again confronted by Floyd, who was still holding his gun. He ordered Fisher to lie down on a sleeping bag and put a pillow over her head, which she did. Floyd then proceeded to rape Tonya at gunpoint while Fisher listened, only a couple feet away. 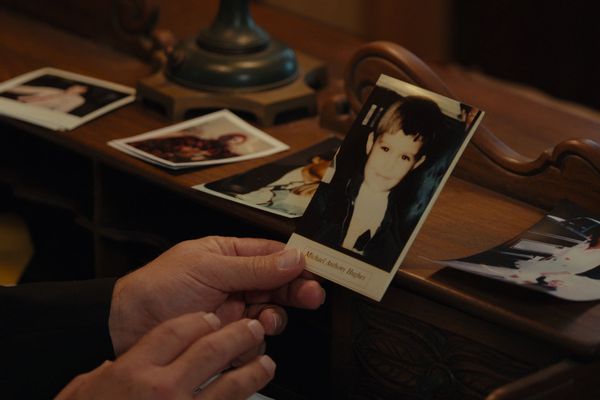 Person holding Michael's photo in "The Girl in the Picture" (Netflix)

Floyd finally confessed to FBI investigators that he murdered Michael the same day he had kidnapped him.

"I shot him twice in the back of the head to make it real quick," Floyd told FBI agents Scott Lobb and Nate Furr.

Floyd also said he buried Michael near the Oklahoma-Texas border but 20 years later, neither the body nor its remains have been found by investigators.

Floyd is currently on death row for an unrelated murder.

Watch the official trailer for Netflix's "Girl in the Picture" below, via YouTube: