What is prosopagnosia and who gets it? Brad Pitt opens up about his struggle with "face blindness"

"It's a mystery to me, man. I can't grasp a face," Pitt said in an interview 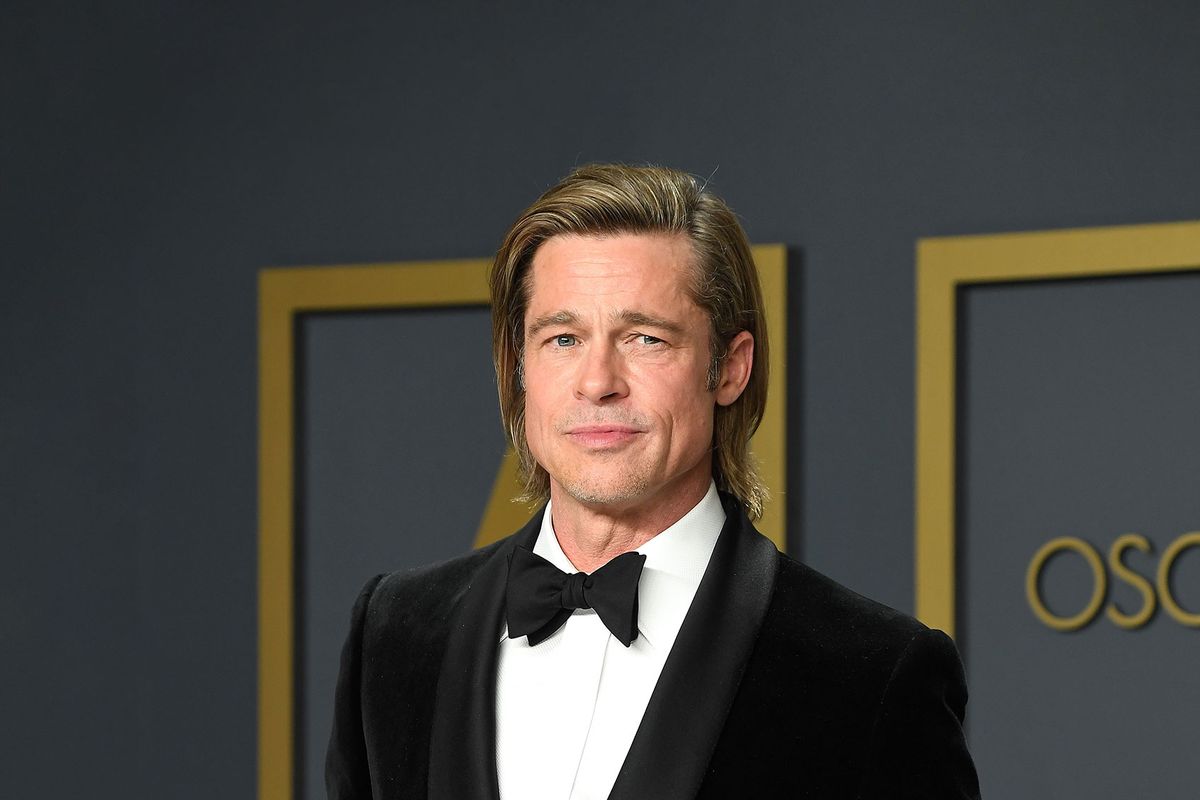 Esteemed actor Brad Pitt, who won an Academy Award for his performance in "Once Upon a Time in... Hollywood," revealed in a recent interview that he may suffer from the neurological disorder known as prosopagnosia.

Pitt hasn't received an official diagnosis for prosopagnosia, but he told GQ that he has long struggled to recognize the faces of other individuals. The actor expressed shame over his grapples with "face blindness," including fears that it prompts others to form negative impressions of him.

"So many people hate me because they think I'm disrespecting them," Pitt previously told Esquire in 2013. "You get this thing, like, 'You're being egotistical. You're being conceited.' But it's a mystery to me, man. I can't grasp a face and yet I come from such a design/aesthetic point of view."

RELATED: What is aphasia and who gets it? Inside the condition that led Bruce Willis to retire from acting

While only medical professionals who specialize in neurological diseases would be able to officially determine if Pitt indeed has prosopagnosia, the symptoms that the actor describes appear to be consistent with face blindness. That said, Pitt's interview has drawn attention to a condition that many doctors believe is more common than currently assumed.

In order to help raise awareness about prosopagnosia, doctors created a self-report questionnaire called the Twenty Item Prosopagnosia Index (PI20) that helps individuals test themselves for the condition. (If you're curious to test yourself, a printable version of the questionnaire is available online here.) Initially there was debate about whether the benefits of such a study (raising prosopagnosia awareness) was worth the potential risk of people inaccurately self-diagnosing, but a 2021 study published in the journal Royal Society Open Science concluded that the self-test was able to accurately intuit the supposedly rare disability.

In an essay on his condition that he wrote for The New Yorker in 2010, Sacks described being unable to recognize his own reflection in a glass pane at a restaurant.

Yet prosopagnosia may not actually be that rare. Indeed, a 2008 study by Penn State University researchers found that there is a congenital version of prosopagnosia that exists among as many as one out of every 40 people. Notably, the researchers determined that people who inherit prosopagnosia will have "a characteristic set of clinical symptoms" no less definite or upsetting than those endured by people who develop the condition through injury. After all, as the researchers noted, all victims of prosopagnosia suffer from the same medical problems through the "highly interconnected neural structures between different temporal, occipital, and frontal brain areas with several feedback loops."

"Depending upon the degree of impairment, some people with prosopagnosia may only have difficulty recognizing a familiar face; others will be unable to discriminate between unknown faces, while still others may not even be able to distinguish a face as being different from an object," the National Institute of Neurological Disorders and Stroke explains. "Some people with the disorder are unable to recognize their own face."

Among them: British neurologist Oliver Sacks, author of many popular books on neuroscience including the bestselling "The Man Who Mistook His Wife for a Hat." In an essay on his condition that he wrote for The New Yorker in 2010, Sacks described being unable to recognize his own reflection in a glass pane at a restaurant. "Sitting at a sidewalk table, I turned toward the restaurant window and began grooming my beard, as I often do. I then realized that what I had taken to be my reflection was not grooming himself but looking at me oddly," Sacks wrote.

Scientists believe that prosopagnosia is caused by a malfunctioning in a part of the brain known as the fusiform gyrus, which is part of both the occipital lobe and the temporal lobe. This is the section of the brain that specifically exists to recognize faces; think of it as the neurological equivalent of a security system that exists for the purpose of helping humans identify other humans. If that security system is not working properly, the brain is not without alternatives — but they tend to be less effective. In the case of prosopagnosia, individuals will often train themselves to look for unique details like a person's hair color, eye color, gait, voice or other distinguishing features.

It's unclear how many individuals are born with prosopagnosia, as well as how many people develop the condition later in life, including after suffering from a stroke. It appears to have a genetic component: both Sacks and his brother had the condition. But it is not purely genetic, as one can also develop prosopagnosia after having Alzheimer's disease or suffering any kind of traumatic brain injury that results in lesions.

Pitt is not the only high-profile celebrity to raise awareness of neurological conditions in recent months. In March, it was revealed that actor Bruce Willis had been diagnosed with aphasia, a broad term that refers to conditions which damage portions of the brain related to language. Patients with aphasia often struggle with basic skills including speaking, writing and reading. Since most people perform these tasks using the left side of their brain, aphasia victims usually suffer either a stroke or head injury that impacts that region. However, aphasia can also be caused by progressive neurological diseases and tumors.

Last month, pop star Justin Bieber announced that he was diagnosed with Ramsay Hunt syndrome, a rare neurological disorder in which a virus attacks the nerves in the ear and face. Bieber explained that the disorder had caused his face "to have paralysis." Currently, he cannot blink his right eye nor smile on that side of his face.