How can something so simple be SO good? 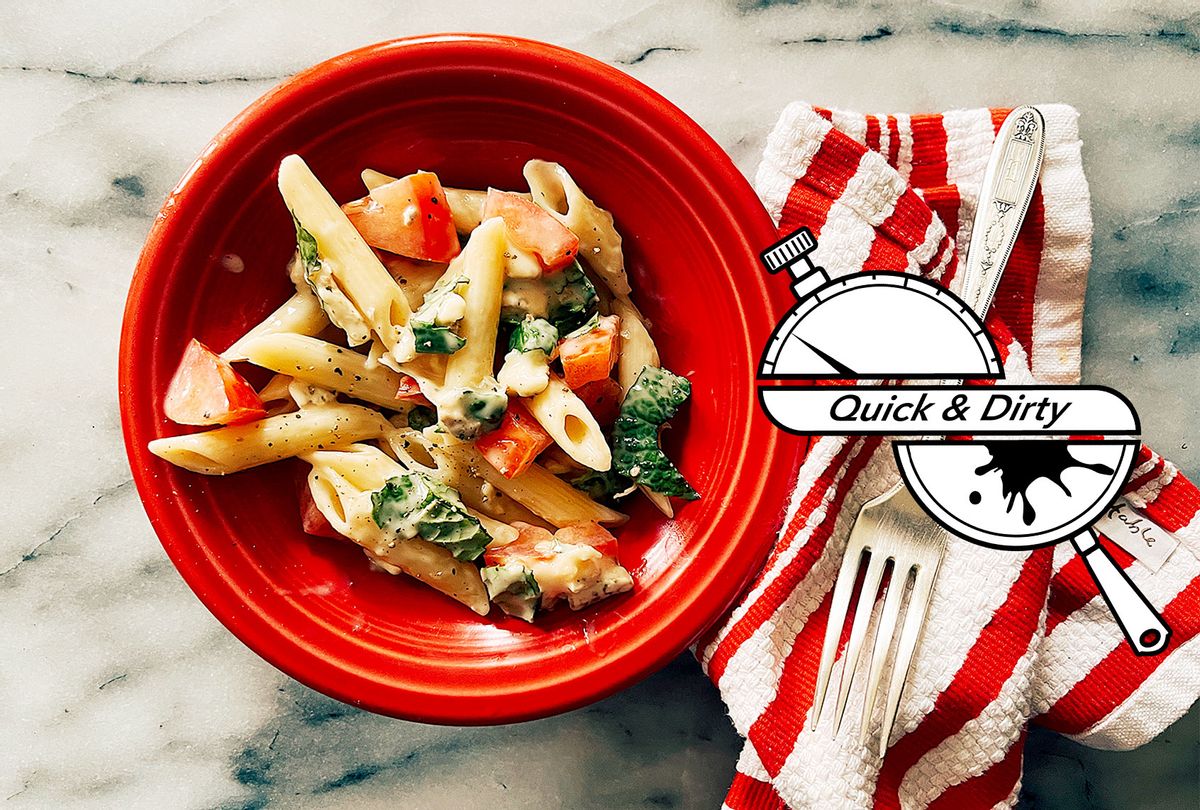 The latest season of "Stranger Things" is making me nostalgic for the classics of the '80s.

Originally published in 1979, "Silver Palate" set the bar for a certain kind of upscale home cooking that defined the '80s — and its influence echoes on to this day. There was pesto. There was quiche. There were little bites and artfully brunchy foods.

The book was a reflection of its authors, Sheila Lukins and Julee Rosso, who paved the way for Martha Stewart and Ina Garten by launching their empire from the world of catering. To this day, the recipes retain a vibe of relaxed entertaining, the sort of food you'd serve on artfully mismatched dinnerware. And, like a classic Kate Bush track, they're still absolute bangers.

At a recent dinner party, a friend served the book's famed signature dish: an olive- and prune-infused Chicken Marbella. I was floored at how sensational it was.

"The Silver Palate" was the first cookbook I ever bought because I had a friend who worked at a Williams-Sonoma who got me a discount. Whereas other cookbooks seemed like they were written by and for wives and mothers, "Silver Palate" seemed to beckon with a voice that said, "Let's party!"

I still lean on the recipes — and the lessons on choosing cheese and making coffee — that I learned thumbing through my now battered copy of that book. In the summertime, I can't get enough of a lazy pasta dish that Lukins and Rosso enticingly claimed to have discovered while dining "in a beautiful home in Sardinia."

With tomatoes abundant and delicious right now, you can't not make this rich, garlicky dish. The secret? Throw the sauce together a few hours ahead of time to let the flavors meld beautifully.

How can something so simple be so good? Some things, I guess, just never go out of style.

Recipe: Summery Garlic and Tomato Pasta with Brie
Inspired by The Silver Palate Cookbook from Sheila Lukins and Julee Rosso

If you have them on hand, reach for heirloom tomatoes.

Forgot to make the sauce ahead of time? If you make it while the pasta is boiling, the sauce won't have as complex a flavor, but it will definitely still be a weeknight dinner hero.

You can tweak this recipe to your heart's content. While "The Silver Palate" suggests linguini, I think this dish is better with short pasta. Mint, meanwhile, makes a fresh alternative to basil. I also don't cut off the rind of the brie; it's expensive — and you should get your money's worth.

of our favorite easy pasta dishes