Missing the Choco Taco? It's insanely easy to make this copycat version at home

I thought the Choco Taco was gone for good . . . until I figured out a no-brainer hack 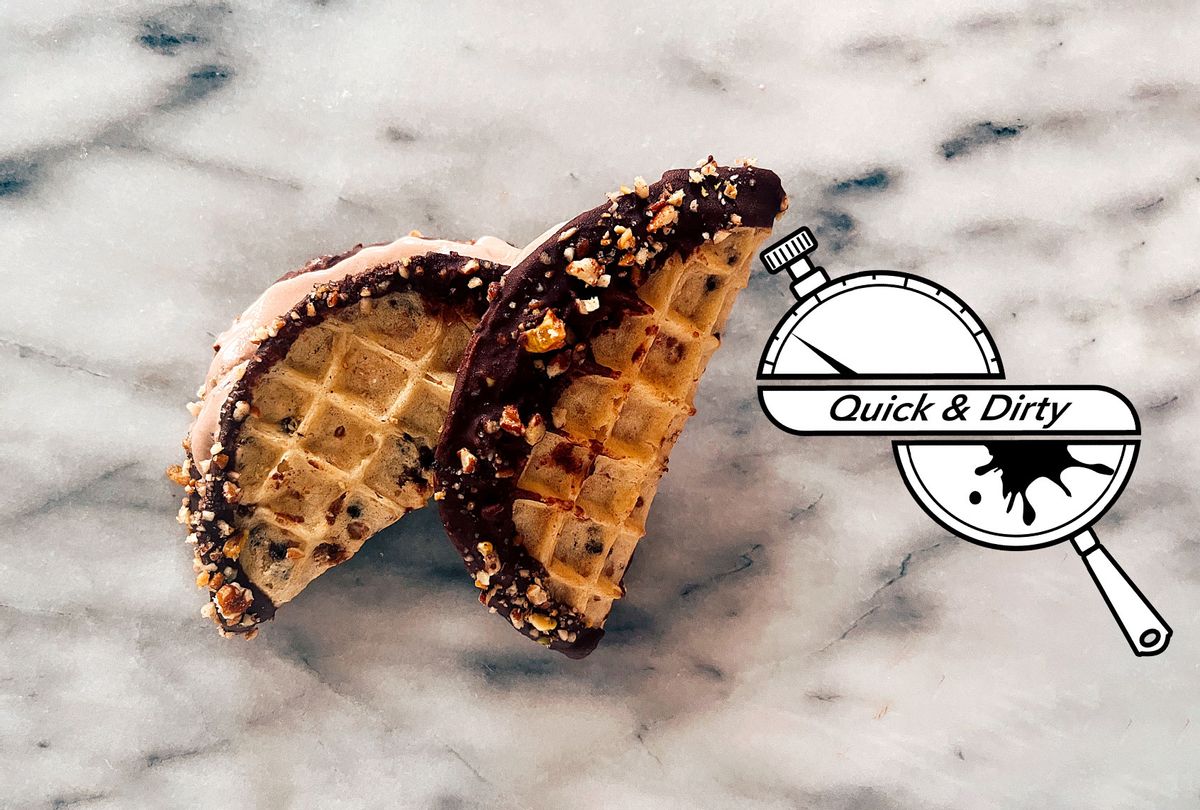 To be honest, I've always been more of a straight-up ice cream sandwich person. But when the news broke that the Choco Taco, dubbed by the New York Times as the "Ice Cream Snack of American Summers," was being discontinued, I grieved nonetheless.

Invented in 1983 by Philadelphia entrepreneur Alan Drazen, the Choco Taco is an ingenious vehicle for delivering chocolate, ice cream, nuts and cone to the happy eater in every single bite. It's nothing if not a perfectly executed concept, like a Beyonce album except for ice cream.

Like any you don't know what you had 'til it's gone situation, the extinction of the Choco Taco ignited within me an urgent desire to recreate one and keep the masterpiece in my own freezer. But while conspiracy theorists insist it's just a matter of time until the real thing returns, I've meanwhile moved on to making my own version of the classic.

By borrowing from a brilliant Hungry Girl trick for turning frozen waffles into edible shells, I was already effortlessly halfway to copycat Choco Taco town. And because I knew that I'd just crush the shells into crumbs if I handled them too much, I didn't attempt to fully line mine with chocolate. Instead, I used a "chocolatey chip" waffle to pump more chocolatey flavor into every bite, and I substituted chocolate ice cream for the traditional vanilla swirl.

In the end, the results surpassed my wildest expectations.

These waffle tacos not only taste incredible but also look like the real thing, approximating the original's dimensions and heft. If you hold one, you'll feel like you're standing near an ice cream truck parked close to an open fire hydrant, a slightly warped jingle summoning every sunburned and famished family in a 10-block radius. The experience is pure bliss.

Best of all, you get to eat the closest thing to a real Choco Taco, secure in the knowledge that you can make as many as you want, any time you want.

of our favorite recipes for frozen treats: