As students return to school, fears of monkeypox transmission linger

Following news about a daycare case, epidemiologists analyze the risk of monkeypox's spread in school settings 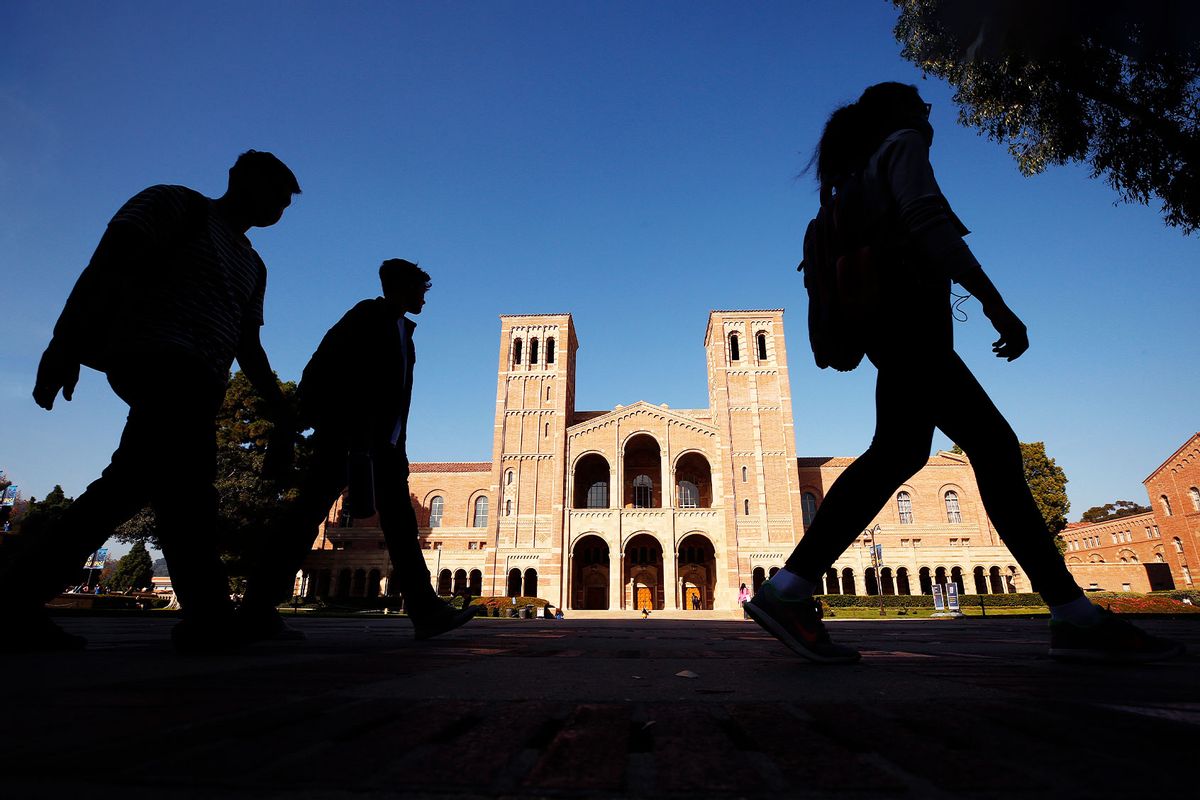 Royce Hall on the campus of the University of California, Los Angeles (UCLA) as UCLA lecturers and students walk by (Al Seib / Los Angeles Times via Getty Images)
--

One of the first public health measures triggered by the onset of the COVID-19 pandemic was mass closure of daycares and schools. Indeed, the proximity with which students and teachers congregate in close quarters means that viruses are more apt to spread in such conditions, which made school closures a sensible means of slowing the spread of COVID-19.

Then, last week, news broke that an Illinois daycare worker tested positive for monkeypox. While the worker is isolating, it remains unclear how many children — if any — were exposed to the virus while the infected person was at work.

The news raises questions over whether schools, daycares, and the like are safe — from monkeypox — for both workers and their charges.

"An adult at a day-care center in the Rantoul area has tested positive for a case of monkeypox," Dr. Sameer Vohra, director of the Illinois Department of Public Health, said at a news briefing. "Screening of children and other staff is taking place now."

Monkeypox may already be a pandemic

As parents gear up to send their children back to school, should they expect monkeypox outbreaks to occur in school and daycare settings?

The answer to that requires understanding the way that monkeypox spreads, and how it differs from COVID-19.

Monkeypox symptoms start within two to three weeks after exposure to the virus. The primary mode of transmission for monkeypox is skin-on-skin contact or contact with contaminated items.

Currently, there are more than 7,500 confirmed cases in the United States, according to the US Centers for Disease Control and Prevention, which is nearly double the number of cases since late July. Last week, the Biden administration declared the monkeypox a public health emergency. While transmission is mostly occurring in adult men, in the United States there have been at least five reported pediatric cases.

Yet experts are optimistic about the safety of schools. Dean Blumberg, chief of pediatric infectious diseases and associate professor in the Department of Pediatrics at the University of California–Davis, told Salon he doesn't anticipate K-12 schools to be particularly rife with outbreaks this school year.

Blumberg added that another way monkeypox could be transmitted in a school setting is via contaminated linens or bedding.

"So, it's best (for [monkeypox virus] and for COVID-19 reasons) to emphasize giving each other space in the classroom and not touching one another," Wallace said.

Monkeypox may also spread through respiratory droplets when people have close face-to-face contact. However, experts say this is not the main mode of transmission. According to data from the World Health Organization, 91.4 percent of cases have been linked to sexual contact.

Wallace agreed it is possible for a monkeypox outbreak to occur in communities like college campuses.

Understandably, this raises questions about college students in a university setting.

"If students are having prolonged skin to skin contact with many others, such as having sex with multiple partners, that will be a risk factor for transmission," Blumberg said. "And in that case, it's easy to prevent transmission — if somebody has a rash, then they shouldn't have prolonged skin to skin contact with others until they get that rash diagnosed and make sure it's non-infectious."

Wallace agreed it is possible for a monkeypox outbreak to occur in communities like college campuses.

"It is important that colleges and universities are prepared to provide public health education/information about monkeypox to students, have testing/medical resources available to if students develop symptoms, and have an isolation protocol ready," Wallace said.

"Children who have monkeypox are at higher risk for severe disease and higher fatality rates have been reported in children less than eight years of age," Blumberg said. "There's a variety of complications that may occur, including inflammation of different organs, myocarditis, meningitis" — hence the concern about young children being infected.

Notably,  there are vaccines for monkeypox, although supply is limited. As Salon previously reported, the U.S. has released the Jynneos vaccine against monkeypox from the Strategic National Stockpile. Meanwhile, those who received the smallpox vaccine before it stopped being regularly given in the 1970s will likely have protection against monkeypox. While the Jynneos vaccine isn't being publicly offered to kids nor is it licensed for children, those who have been exposed to it can be vaccinated if it is recommended by the local health departments. As noted by CDC, Jynneos has been used in studies as part of vaccines against other diseases including tuberculosis, measles, and Ebola. These studies included children as young as five months old, and were found to have no adverse health effects or safety concerns.

For worried parents, Blumberg said it is a good idea to make sure that daycares and schools and policies are in place to prohibit potentially infectious staff and students.

"Most schools and daycares do have policies in place so that if somebody is suspected to be infectious to others, they are excluded — and for monkeypox, the key would be an undiagnosed rash," Blumberg said. "There are many different infections that may cause rashes that may be transmitted to others — so schools and daycares should be pretty experienced with screening for rashes."

Wallace emphasized how different monkeypox is from SARS-CoV-2, stating bluntly: "this is not COVID-19."

"It spreads very differently and is nowhere near as contagious," Wallace said. "If your child develops symptoms, definitely see a health care provider before sending the child back to school."

on the recent outbreaks of monkeypox