Dating Leonard DiCaprio: What his history of younger girlfriends may say about him and about us 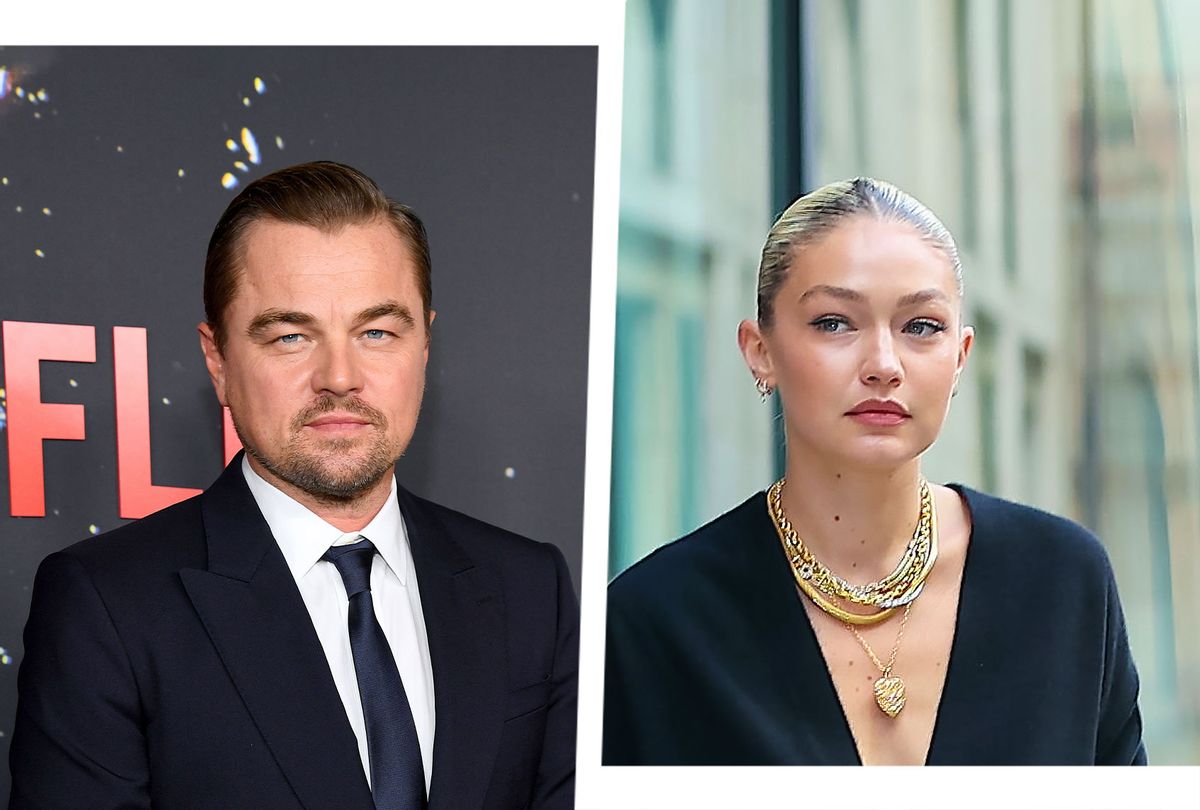 In "Dazed and Confused," the 1993 Richard Linklater coming-of-age film set on the last day of school in 1976, Matthew McConaughey's character has a few memorable lines. In one, McConaughey's relaxed, swoopy-haired Wooderson says, "That's what I love about these high school girls, man. I get older; they stay the same age."

That role helped make McConaughey's career. But the line seems almost like something another breakout star of the 1990s might say: Leonardo DiCaprio. DiCaprio started acting as a child, rose to prominence with a recurring role on the series "Growing Pains," and became a megastar with "Titanic." Despite an Oscar and Golden Globes, we talk about him these days most often in reference to his dating life, which is ridiculous.

Does DiCaprio need a career check? Actor called out for not working with women directors

In August, DiCaprio split from girlfriend Camila Morrone, adding more fuel to the very convincing fire that DiCaprio, who is 47, never dates a woman over 25; actor and model Morrone will turn 26 next year. This pattern was noted by writer Christina Cauterucci in 2016. In a piece in Slate, upon the occasion of the end of DiCaprio's relationship with actor and model Kelly Rohrbach, Cauterucci wrote "to public knowledge, DiCaprio has never had a relationship with anyone who's been old enough to avoid a military draft. In fact, about half the time, his romances have ended when his girlfriends have hit that fateful mid-20s mark, aging out of DiCaprio's love like they've hit the upper threshold on the kid's menu at Cracker Barrel."

Though DiCaprio's last ex-girlfriend is the age of "Titanic," the actor appears never to have outgrown the age he was when he starred in it.

That was six years ago. Since then, along with Morrone, DiCaprio has dated Nina Agdal, again breaking up when the swimsuit model was 25. They were "having fun" at her 25th birthday party, as a source told People. But only a few months later, the relationship was over.

This pattern is so striking, a user on Reddit came up with a now-viral chart of DiCaprio's relationships, graphing his girlfriends over the past two decades. The average age of a DiCaprio girlfriend is 22.9.

Anyone can fall in love with anyone, and certainly relationships with a large age gap can and do work. But it's the repetition that seems significant here, as does the fact that we can't stop taking about it. Specifically, we can't stop laughing about it. Social media posts and memes about DiCaprio's preference for dating women barely old enough to rent a car quickly went viral. One Twitter user wrote, "3 things are certain in life: - death - taxes - leonardo dicaprio breaking up with his girlfriend before her pre-frontal cortex has fully developed."

Though DiCaprio's last ex-girlfriend is the age of "Titanic," the actor appears never to have outgrown the age he was when he starred in it. Does surrounding himself with significantly younger women make him feel young? The opposite may end up happening, as relationship expert Dr. Carol Roderick told Yahoo! News, in an article that also cites the higher rate of divorce for couples with large age differences, "five years down the road, the differences in your goals and lifestyle may diverge."

Such a striking pattern echoes in DiCaprio's career choices, where he has been called out for his history of working only with male directors.

What age difference is too much, too disturbing? And why? Recently, actor and director Olivia Wilde and musician turned actor Harry Styles turned heads with their romance, which allegedly started on set of Wilde's now-infamous film "Don't Worry Darling." A decade separates the two, but so do pre-conceived notions of gender and double standards. It is somehow more shocking for some people when an older woman dates a younger man, when the only shocking thing about any of these relationships might be power. Who has it? Who is holding it over the other person? Power may matter more than years.

Did Wilde, the director, have power over Styles, the performer? Or, would their comparable renown make them more equals? Along with dating significantly younger women, DiCaprio also dates women not as famous as him. By their much younger age alone, they are less accomplished; they have had less time on this earth. Compare that power imbalance to DiCaprio's contemporary, Keanu Reeves, who is in a long-term relationship with Alexandra Grant, a woman not only closer to his age, but with her own noted career as a visual artist. If you're not established in your career or even your identity as a very young person, it may be difficult to hold your own in a relationship with a much older and more powerful (richer and more connected) one.

Failure to find a remotely age-appropriate partner may signal a lack of maturity on DiCaprio's part, a desperation to hold on to his youthful, glory days like pants that are no longer in style, but it may also indicate deeper issues at work. Is dating generations younger a misogynistic quality, indicating contempt or a lack of respect? It's troubling that such a striking pattern echoes in DiCaprio's career choices, where he has been called out for his history of working only with male directors. DiCaprio hasn't worked with a female director since 1995. What else happened in 1995? DiCaprio was 21, a year younger than the average age of his girlfriends.

Allegedly, DiCaprio's latest relationship may break his streak by two years. The actor was seen in public with model Gigi Hadid, who at 27 and 20 years younger than DiCaprio, would be the oldest person he's dated. A source told People "He really likes that she has her life together . . . She has a child and she's mature."

Maybe DiCaprio is finally growing up. Maybe this is all a publicity stunt. And maybe we laugh because it's too upsetting to consider closely what a pattern like this might say about the disposability of women, women's value and the misogyny of some powerful men.

about power and relationships