As Tuvalu succumbs to rising sea levels, the island nation wants to be the first virtual country 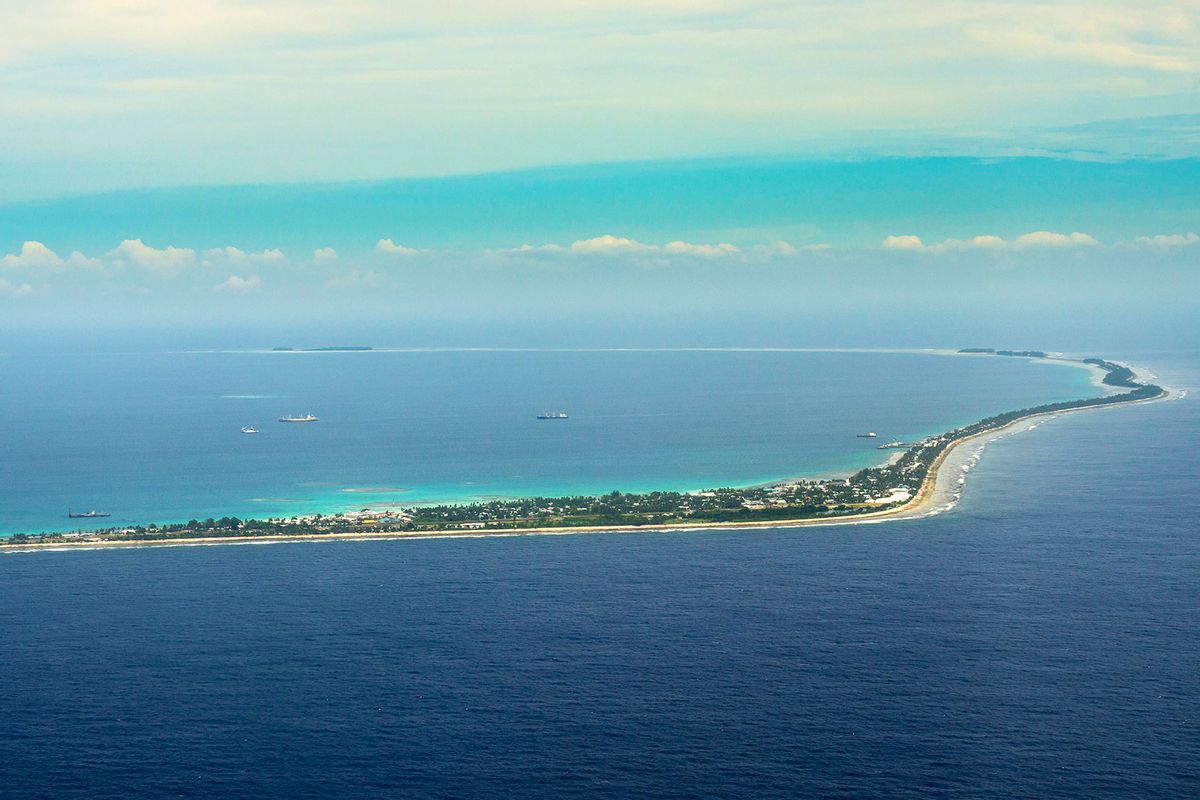 Tuvalu's defining attribute on the global stage is the precarious nature of its existence — in less than a hundred years, it will disappear. But, in an effort to preserve Tuvalu's maritime boundaries, culture and sovereignty in the face of stochastic events and rising sea levels, Tuvalu's Prime Minister Kausea Natano announced he is leading Tuvalu into an online existence — Tuvalu will be the first "digital" country.

In a speech to the leaders at COP27, Natano described the climatic threats facing Tuvalu, and told the world that he plans to bring Tuvalu into the metaverse in an effort to preserve the nation's territory, culture and customs.

"Our digital nation will provide an online presence that can replace our physical presence and allow us to continue to function as a state," Natano announced.

Tuvalu's speech brought to the forefront a concept that many have never even heard of — the metaverse — an online world mirroring the physical one.

The world's first country slated to become a virtual-only state has a small, nondescript existence. Tuvalu sits barely above sea level, spread across nine islands situated halfway between Australia and Hawaii. These Polynesian islands — a freckle, invisible on many maps — make up the world's fourth smallest nation, population around 12,000 and a land size of ten square miles.

This past week at COP27, Natano called for more countries to support the Fossil Fuel Non-Proliferation Treaty, aimed at reducing, then eliminating fossil fuel production globally.

COP27 is over. What did it achieve?

Tuvalu and its plight has long been on the agenda at international summits and climate change consortiums. Tuvaluan officials have called upon the UN and spoken at multiple COP summits, pleading for a reduction in fossil fuel use and aid for the countries that bear the brunt of their effects. Yet, little has been done.

For years, Tuvalu and droves of other small nations have called for the high-emitting nations such as the U.S., China and Russia to financially compensate the countries with little carbon expulsion — those who feel the effects of these emissions the most.

At the conclusion of this year's COP27, the implementation of a "loss and damages"  fund for small, low-emitting countries was approved, but a phase-out or even reduction in fossil fuel usage was vetoed, largely by the oil-producing nations. Yet, many countries count the agreement for major emitters to contribute to this fund as a major victory.

Tuvalu isn't the first nation to plan a plunge into digitalization. In 2014, Estonia began the process of digitization, even creating an e-Residency option to go hand in hand with Estonia's online businesses and companies. They relied on the blockchain in this transition, the foundation of how modern cryptocurrency works.

While Estonia serves as a study in what an online existence (although partial) may entail, Tuvalu's approach differs; it plans to construct itself entirely in the metaverse to retain sovereignty and create an archive for Tuvaluan culture.

Tuvalu's digitalization plans create maritime legal questions that law of the sea scholars have been mulling over for decades. Laws regarding sovereignty usually rely on physical land, so legally, the answer isn't clear cut.

"It's fascinating that when the law of the sea was negotiated, it never occurred to anyone that coastlines move," political geography professor Philip Steinberg says, "and even potentially areas of land disappear."

Fishing is also a major industry in Tuvalu, and is part of why Tuvalu seeks to retain its sovereignty. Tuvalu also leases out its website domain, " .tv," to companies like Twitch, which constitutes a fair share of the country's gross national income.

"I don't think [digitalization] will lead to a serious reconstitution," says Steinberg. "It's a cry for help: It's a performance. It's a way of pointing out how things cannot continue the way they are, which is what a lot of entities are doing at COP meetings… it's part of that larger call to action."

Tuvalu may be just the first island country to begin the foray into a virtual, computerized existence — from reality in the midst of the Pacific into being sustained by electrical impulses, 1s and 0s. Some believe this announcement won't set a precedent, but rather serves as a way to increase awareness. "[Tuvalu isn't] saying we're going digital in the sense that going digital means abandoning any sort of claims to specific spaces," Steinberg tells Salon. "It's going digital as a means of saying, 'if we don't have land, what else do we have?'"

Natalie Jonas is an editorial intern at Salon.