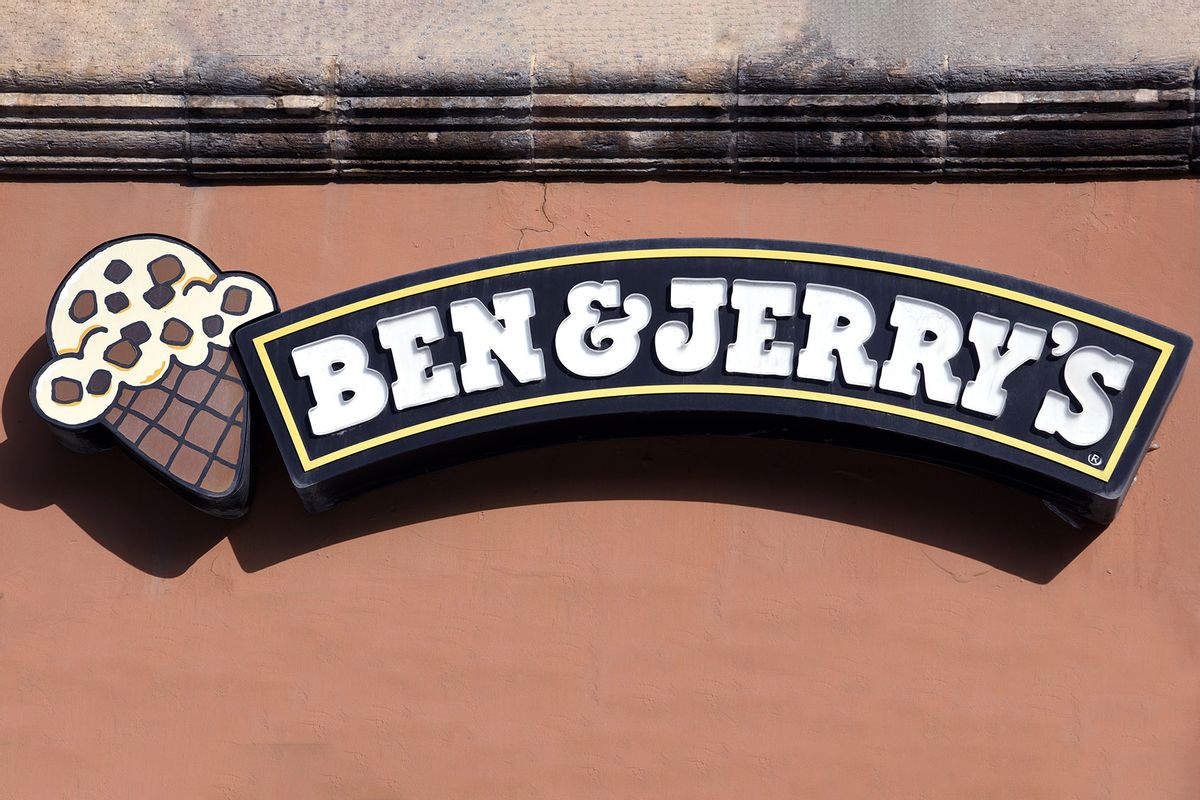 For many — those who are lactose intolerant, those who are vegan, those who (for whatever reasons) do not consume dairy milk — Ben & Jerry's has been a reliable stalwart when it comes to producing non-dairy desserts, most of which are primarily made with almond milk.

While the grocery store freezer shelves are now replete with non-dairy products (ice cream, sorbet, sherbet, frozen yogurt and the like), many customers remain loyal to Ben & Jerry's, especially as their non-dairy oeuvre seems to grow quite often.

Soon enough, though, there may be a new type of product on shelves with Ben & Jerry's emblazoned across its packaging.

As TIME reported last month, Unilever (a British company which lists Ben & Jerry's as one of their brands) is looking to produce dairy ice creams that actually utilize milk that isn't derived from cows whatsoever. This would mean that the ice creams and frozen desserts wouldn't be branded dairy-free, since they would contain this lab-created "milk," but they could potentially be consumed by those who might have lactose allergies or are personally or morally against consuming any sort of cow-derived dairy.

TIME notes that this would be developed in a "process called precision fermentation that uses substances like yeast and fungi to produce milk proteins in a vat." Andy Sztehlo who runs Unilever's ice cream research and development team, notes that the "product could be available in about a year," meaning that you might have your hands on some dairy-but-not-from-cows ice cream before you know it.

This process, often called "lab-grown milk," has been practiced by other companies, but no "major food companies" have produced any particular products with said milk, including any other ice cream brand.

Companies like Perfect Day, for example, create "animal-free milk ... using whey protein made by microflora, not cows," as noted by their website. Also on their website, the company reports "97% less greenhouse gras emissions, 99% less blue water consumption and 60% less nonrenewable energy use" when "compared to whey proteins found in traditional milk." Clearly, those numbers add up.

Milena Bojovic at The Conversation states that "synthetic milk is touted as having the same taste, look and feel as normal dairy milk," which is a sharp contrast to some plant-based "meats." The report also acknowledged that Australia is at the forefront of much of the lab-grown milk or synthetic milk production and goals for the future.

One concern that Bojovic raises, though, is that if synthetic milk production does "take off" at some point down the road, this may considerably and adversely affect or even displace much of the laborers currently working in the dairy industry at large.

At the same time, if the Unilever lab-grown milk foray is successful, this could signal a shift for Ben & Jerry's, ice cream companies and dairy on the whole, especially when considering that it would considerably reduce greenhouse gas emissions. Furthermore, this would help limit the amount of water that's necessary for dairy farming and, of course — ostensibly result in a bunch of happier cows.

In addition, TIME states that "mimicking the structure of milk protein in the lab is difficult because milk contains lots of different kinds of proteins." Furthermore, particular ice cream variations, flavors and iterations must also be considered; perhaps the lab-grown milk is excellent in a vanilla-flavored ice cream, but has an unappealing flavor when combined with chocolate and cookie pieces. It'll be fascinating to see what is to come.

Back in May, Unilever noted that "by using regenerative agricultural practices to tackle cow burps and managing manure, Ben & Jerry's is aiming to cut greenhouse gases from its dairy farm suppliers to half industry standards by 2024." This endeavor may be yet another attempt at reducing the company's carbon footprint at large.

If the bulk of their ice cream were to be produced in this manner, ice cream (and dairy itself) could move into a different direction altogether: one which would place an onus on animal welfare and environmental sustainability above all — while still tasting just as delicious.