Looking back at the recipe cards of Willie Felt Furr, better known to me as Grandma Bah 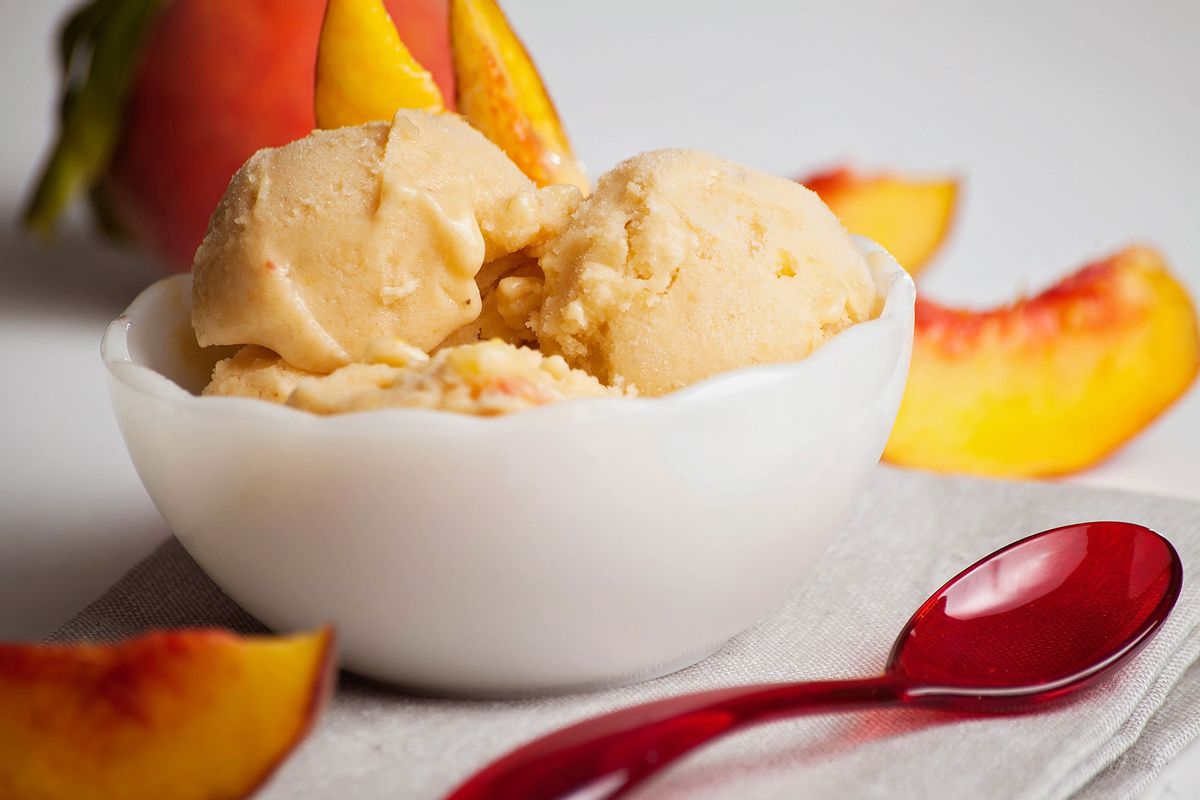 In order to give you my Grandma Bah's recipe for homemade ice cream, I must introduce you to her. She was a legend in our family. A bigger than life, powerhouse of a woman, my own mother's favorite person who ever lived……the incomparable, Willie Felt.

Her ice cream was just one of the things she made that many considered the best in her small town of Sharkey, Mississippi. My mother made this ice cream for me, and I love the long history it has had in my family. Now that electric ice cream makers are readily available, there is no reason in the world not to make it. It is leagues better than anything you'll ever buy from the store, and I believe it's better than any homemade ice cream you may have made in the past. But…I need to tell you more about my Grandma Bah because there is a chance that just knowing about her will make this ice cream even better.

She was born Willie Felt Hicks. When she was 18, she married a Furr, so she became Willie Felt Furr. Willie…Felt…Furr. I couldn't believe that was her real name when I was little. As I got older and listened to all my family's "Grandma Bah stories," her name seemed much more fitting to me. She was such a character she needed an unconventional name.

The stories about her are countless, and my mother and grandmother told me many of them. Through their stories I understood her wildness was there all along. She went from a wild child to a wild woman. From her parenting to her cooking to what she chose to do on any given day, every story I heard was an example of her as an outlandish, utterly willful, unorthodox, passionate woman. She was one of a kind.

The most scandalous of all was the story of how she came to be married the second time. The "Second Marriage" story began with her answering an ad in  the back of a magazine. It was 1944, she was forty years-old, still living in Sharkey, the same small town in the Mississippi Delta where she had lived her entire life, and the husband she had loved for over twenty years had very recently died, a beloved man everyone knew to be a devoted husband and adoring father. She corresponded and exchanged photographs with the man whose ad she answered, and within a year's time, they agreed to meet in Michigan, marry, and move to Colorado. She left Willie Felt Furr behind (along with my then twenty-one year old grandmother and three year-old mother, who both depended on her very much) to become Willie Felt Ewing. This second marriage, like her first, lasted until her husband's death nearly twenty years later. 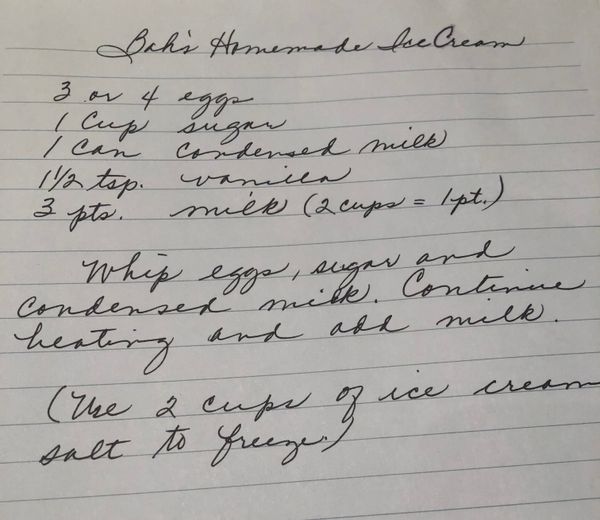 Bah's homemade ice cream (Bibi Hutchings )When I was born, Grandma Bah was around sixty-five and had remained in the Colorado mountains, which seemed very exotic to  my sister and me. Our mother told us of how she traded things she had or made, like stained glass lamps and turquoise jewelry, for what she needed. We imagined her in some cabin up on a remote mountaintop with a soldering iron, cooking on a wood fired stove. Living over 1500 miles away from her, we didn't see her often, but when we did, she was drenched in handmade turquoise jewelry. Her skin was dark brown from the sun, and she always had a cigarette between her fingers. Her dark brown, almost black, eyes sparkled.

She peppered her sentences with mild curse words that she used mostly for emphasis. My sister and I loved it. She was the only grown-up we knew who talked like she did, and she smoked! We were equal parts shocked by her and smitten with her.

She was one of the most charming people imaginable. People were drawn to her. She never met a stranger and always managed to get special treatment wherever she went, even in airports where it was impossible to get her through a metal detector without setting it off. Her rings, at least one on every finger, could not be removed thanks to years of wearing them, and her heavy turquoise earrings, necklaces and bracelets were like armor covering the rest of her.

She was known for her cooking and always having plenty to share, but despite it being delicious, the story goes that you might not have always wanted to know exactly what you were eating. Living in the country, she cooked everything, including what she might go out and shoot herself—coons, squirrels or who knows what. She caught or shot, dressed and cooked whatever she decided would be good. She really was something else.

My mother remembers this ice cream from when she was a very small child. She remembers the sweltering heat of the Delta and the waiting. The waiting on it to be ready felt like forever as the adults took turns churning it. I love that I have similar memories of making this ice cream on a hot summer day with my mom and dad when I was little while running through a sprinkler in the yard.

If you happen to have kids around, making ice cream should be on your list. Getting little ones involved in the process is a great way to create lasting memories for them and for you. Seeing the liquid ingredients transform into a luscious, creamy, incredible tasting dessert is like a magic trick. Their curiosity about how things work and where things come from creates moments of sharing and connecting without even trying. And let's face it, ice cream is just a big bowl of happiness on a hot summer day, so sharing and connecting or not, it's still a win!

It is the perfect hot weather treat even if you need to alter the dairy milk for those who can't tolerate it or who choose to avoid it. This recipe will still be the one you'll prize over all the rest. If you want to make it the way Grandma Bah and my mother loved it best, add either fresh, peak-of-the-season peaches or toasted, buttered, salted pecans.

This recipe reminds me of being with my mother, happy and excited, laughing and sharing her memories of Grandma Bah with me throughout my life. In her 80's now, just talking about this ice cream takes my mother back to "her Bah" and how much they adored each other. I know you will love it and come to treasure it as we have for generations.

1 can of condensed milk