The healing power of the peach

After struggling with an eating disorder and purity culture, summer fruit taught me to love life (and food) again 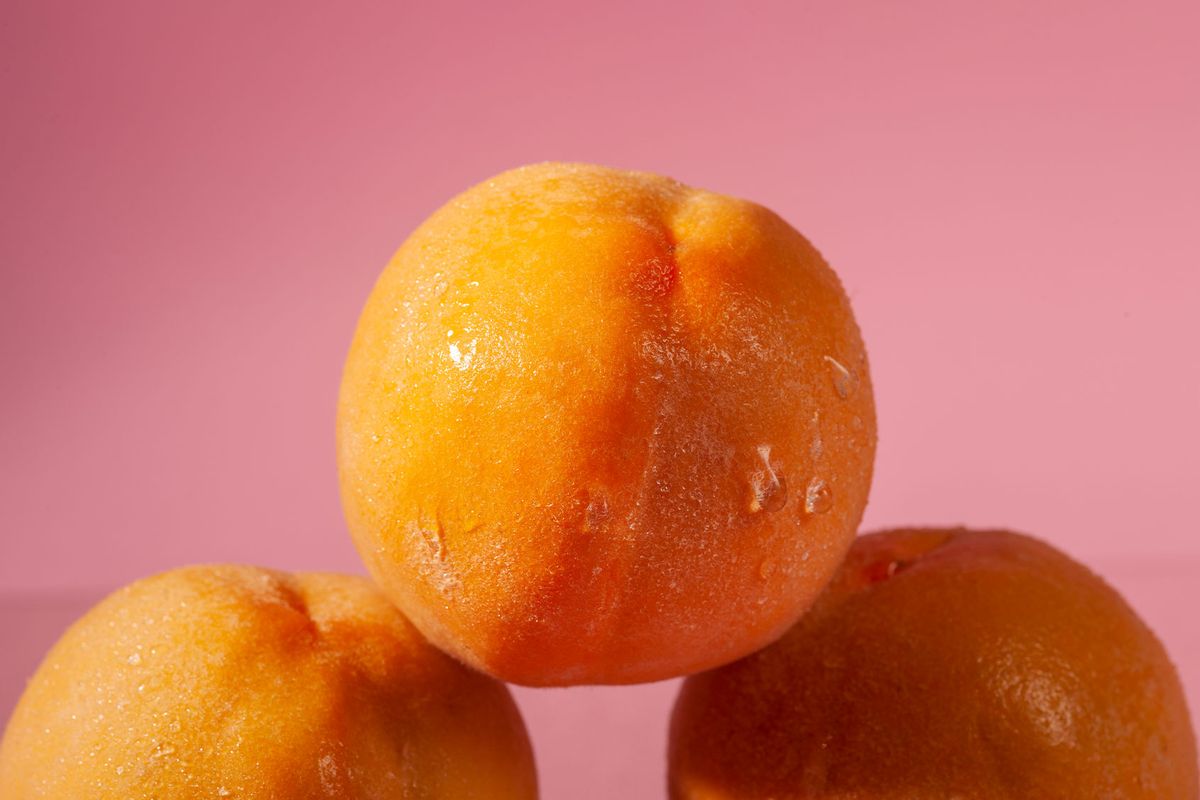 When the Earth was still young, the serpent seduced Eve with promises of forbidden knowledge and delicious fruit. Some say it was an apple, crisp and ruby red. Other theologians picture Eve entranced by an illicit pomegranate, its flesh cracked open to reveal gem-like seeds that glittered under the garden's sun. I know what it's like to lust after an elusive taste, hoping that in finding it, it will ignite something either completely unstirred or long deadened within your soul. My Eden was a Southern supermarket; a perfect summer peach was my blessed temptation.

Growing up, men in black suits who howled about hell from the pulpit imposed upon me how unwieldy women's desires could be. Women on television did the same, though instead of selling salvation, they hawked slimming shakes and 10-day diet plans. Both were in the business of making girls fear turning into women whose passions took up too much space.

During the days, I recited calorie counts like catechisms and logged each mile run like a penitent prayer over a rosary bead. As a young teenager, I would lie awake in my blush-colored bedroom — the paint a vestige of childhood — terrified that if I died in my sleep my heart wasn't pure enough to carry me to the other side because I was constantly fighting hunger.

I craved the kind of touch about which we were warned in youth group meetings held in the church's musty basement. A minister with a boyish grin that clashed with his crow's feet described it as a lightning-crack shock that warmed your entire body. That warmth, he warned, was God's embrace in the context of marriage. Outside of that, it was a preview of hell's fire.

The elders' wives told us the scandal was a living metaphor for the ways in which we could cause our Brothers in Christ to stumble.

He left the church shortly thereafter, after confessing to the congregation as a whole that he had sinned in such a way that it would necessitate him stepping down from ministry. Eventually, other church leaders began to whisper that he had been carrying on an "emotional affair" with a 15-year-old girl who was too young to age out of youth group, but old enough in the elders' minds to seduce a married father. So, eventually, she left, too.

In hushed tones, the elders' wives told us the scandal was a living metaphor for the ways in which we could cause our Brothers in Christ to stumble, thus we were left to make ourselves even smaller.

I prayed for purity at the same compulsive rate that I checked my stomach for pinchable fat. I didn't have a full-length mirror, so I'd stand on my toes in the hallway by the bathroom to look for any signs of bloating, my forefingers and thumbs spread into a gentle triangle over my lower abdomen. Did the triangle push out farther than it did last week? Than yesterday? Than before eating today?

When I was 18 or 19, I stole my first sip of hard liquor and was shocked by how much I liked it, especially on an empty stomach.

It produced, of course, a kind of heady lightness that was difficult to attain while sober. But more than that, it burned. A single shot produced what can best be described as a lightning-crack shock that warmed my entire body. It, too, was perhaps a preview of eternal fire, but to burn would mean to feel something, and after a while that alone was appealing.

After a period of acute hunger, the gnawing eventually subsides in favor of numbness. Self-control is one of the fruits of the spirit, but it never actually fills you up. Joy is another of the spiritual fruits, though it seemed impossible to pluck.

Self-control is one of the fruits of the spirit, but it never actually fills you up.

But at a certain point I knew I'd have to try. I wanted to feel hunger again. More than that, I wanted to satiate it.

One hot afternoon in early July, I found myself in a South Carolina supermarket face-to-face with a pyramid of ripe peaches, their fuzz lightly concealing supple skin that graduated sunset-style from pale yellow to burnt orange. Initially, I was held back from pulling one from the pile — perhaps they would be sweet enough to set off a chain reaction I couldn't control — but I knew that one bite wouldn't kill me.

The cashier placed them, gently, in a brown paper sack, which I carried to a bench that overlooked the scorching asphalt parking lot. The air was thick and muggy and filled with the sound of tourists' flip-flops smacking the pavement.

Just one bite, I told myself, as I balanced the peach's velvet weight in my palm. It burst in my mouth as I tore through the tender amber flesh, sweet juice coating my lips and tongue. I hit the pit with my teeth and quickly rotated the fruit for more. I'm sure if anyone bothered to look in my direction, the spectacle was slightly animalistic, but it felt natural. After all, what's more natural than the desire to be fed? God made this peach, perfect in its form. Perhaps I was perfect in mine, too, even with unwieldy passions and hunger.

I bit into the second peach.

More from this writer: